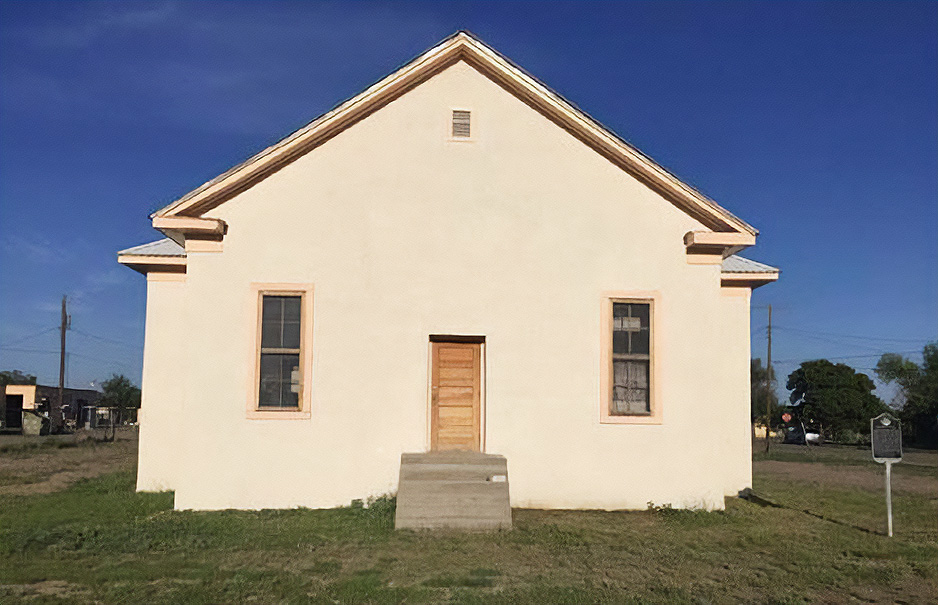 The Blackwell School in Marfa, Texas, was the only public school for Mexican and Mexican American children in the city from 1909 to 1965. Gretel Enck and Bonnie Wilson/Texas State Historic Preservation Office/National Park Service

A small school in Marfa, Texas, that once served as the only public education institution for the city’s Latino students is well on its way to becoming part of the National Park Service.

The Blackwell School, which served Mexican and Mexican American children from 1909 to 1965, would become a national historic site under a bill that won overwhelming approval from the House last night.

A companion bill in the Senate, S. 2490, sponsored by Republican John Cornyn of Texas and Democrat Alex Padilla of California passed the Senate Energy and Natural Resources Committee last month.

Gretel Enck, president of the Blackwell School Alliance, said former students of the school have been working for years to preserve the site and its stories.

“The National Park Service is one of America’s greatest storytellers, so we know the Blackwell will be in good hands once this bill becomes law. … We are hopeful that the Senate takes up the torch for Blackwell next,” Enck said.

The school was added to the National Register of Historic Places in 2019, but park advocates said the site deserves a higher status.

“As our country continues to grapple with urgent, endemic issues of race, identity and institutional discrimination, we need to act now to protect places like the Blackwell School so the important stories of our past can be told now and for generations,” said Theresa Pierno, president and CEO for the National Parks Conservation Association.

According to NPS, the local school district constructed the two-room adobe brick building on South Abbot Street for Latino students in 1909, even though there was no state law that mandated separate schools.

On its website, NPS said Texas school districts “perpetuated the practice of de facto segregation through the mid-twentieth century.”

The Blackwell School, named after its longtime principal Jesse Blackwell, eventually added more buildings and closed in 1965 following the integration of the Marfa Independent School District.