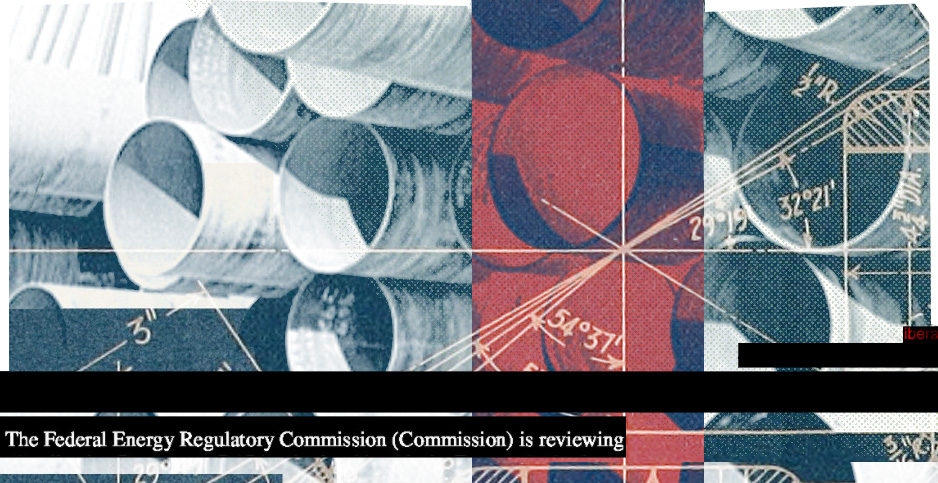 "Once one starts to look at the impact of the pipelines on the climate, it won’t be business as usual," said Jennifer Danis, a senior fellow at the Sabin Center for Climate Change Law. "FERC took a really important first step in a long overdue process."

The issue will be revisited this week at FERC’s meeting, where the agency is expected to consider Enbridge Pipeline’s request to intervene in the case. If FERC approves that, the company could file a lawsuit challenging the decision to account for pipeline greenhouse gas emissions.

The landmark order signals that the five-member commission under Democratic Chairman Richard Glick could begin assessing emissions for all projects in its purview, from interstate gas pipelines to liquefied natural gas terminals. Glick has long called for carrying out such reviews.

"FERC announced [through] a policy that it does not consider itself universally incapable of conducting a [greenhouse gas] significance assessment," said Gillian Giannetti, senior attorney at the Natural Resources Defense Council. "That would seem to strongly suggest FERC is going to try to do a significance assessment every time."

Experts agree the move could lead to FERC denying certification for major natural gas projects, though not for all proposals.

"Chairman Glick has made it quite clear: It doesn’t mean zero pipelines will be approved," Danis said. "If you really have data that a project would displace a high-carbon-intensive fuel source like coal, then those are data that ought to go into the commission’s analysis, along with project-driven emissions."

"FERC is now establishing a higher threshold for demonstrating need at a time when concerns and attention to climate change are higher than ever," he said.

Since adopting its natural gas pipeline policy about 20 years ago, FERC has approved roughly 475 pipelines and rejected two. The commission weighs a host of environmental factors when permitting natural gas infrastructure under NEPA, but commissioners have long argued, largely along partisan lines, about whether and how to weigh greenhouse gas emissions.

Under President Trump, then-Chairman Neil Chatterjee (R) said FERC should limit its scope to considering direct emissions from projects. During last month’s commission meeting, Chatterjee departed from his two other Republican colleagues and voted with Glick and Democratic Commissioner Allison Clements to approve the Northern Natural project and consider its climate impact, citing a sense of pragmatism.

The order was hotly contested by Republican Commissioner James Danly, who said FERC was acting unlawfully. He called the reasoning in the order "legally infirm" and said enacting a "drastic departure from the commission’s long-standing position" in an individual case was unfair to natural gas companies that may have weighed in if they had known what FERC was considering. Groups that don’t intervene in a FERC docket ahead of time lose legal standing to challenge eventual orders.

Tony Clark, a Republican former FERC commissioner appointed by President Obama in 2012, said part of his concern with the order is this "elephant in a mouse hole criticism."

"This is a big policy change, and it was put in the most innocuous of orders, which means it may not ever get appealed," he said. "The applicant [Northern Natural Gas Co.] got what they wanted, so it may be unlikely they would appeal an order where they got what they requested."

Giannetti said the order is well within the purview of the Natural Gas Act of 1938, which requires an evaluation and consideration of adverse impacts, including environmental impacts, of pipeline projects.

"If climate change were understood in the way it is in 2021 in 1937, it would have been assumed to be part of the Gas Act then," she said. "That would be like saying the [Food and Drug Administration] should not consider the knowledge it has gained about carbon monoxide when it reviews cigarettes because it didn’t know that back in 1920."

Clark said the commission’s "fuzzy" method for evaluating emissions associated with the Northern Natural project is what gives him pause.

"They articulated they did a greenhouse gas analysis, but it’s not particularly clear what that means," he said. "They didn’t articulate what this standard is."

Glick said that in the case of Northern Natural, the commission was able to use "the eyeball" test to measure significance. In other words, he said he felt confident saying the project would not contribute significantly to climate change, considering the Northern Natural project was replacing old piping for which FERC had previously determined there weren’t emissions. Glick has said in future cases, the commission can use a host of other tools to measure significance, such as the social cost of carbon.

The order itself concluded that because there is no new capacity associated with the replacement pipeline, there are "no downstream greenhouse gas (GHG) emissions to consider." But it hinted at the potential for more comprehensive reviews: "In future proceedings, we will continue to consider all appropriate evidence regarding the significance of a project’s reasonably foreseeable GHG emissions and those emissions’ contribution to climate change," the FERC decision said.

Clark said that worries him. He said industry is concerned that if there’s not an agreed upon standard in place, "the commission can turn the screws tighter and tighter to where it gets difficult to site any pipeline projects."

On the other hand, some analysts said knowing the commission will evaluate climate impacts could better prepare developers to withstand lengthy and costly legal battles with environmental groups.

"Pipeline applicants have now had to budget into their construction time frame millions in legal fees that are anticipated because there is the assumption that if a group like NRDC is an intervener in their project, they are going to get sued," said Giannetti, who formerly worked representing developers.

"They know they have to start taking climate change seriously or they are going to be extinguished out of service."