Sen. Rubio: Tyndall is ‘going to be better’ than ever 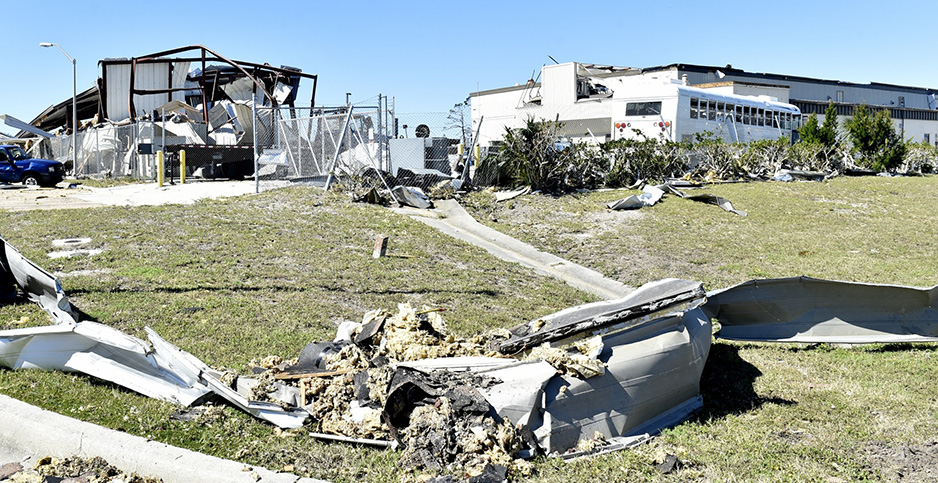 Sen. Marco Rubio (R-Fla.) yesterday promised that rebuilding efforts at the hurricane-ravaged Tyndall Air Force Base would result in a "stronger and more important" base than ever.

"It’s not just about arguing, ‘Will Tyndall still be here?’ Tyndall will be bigger and more active than it used to be," Rubio said at the hearing hosted by Gulf Coast State College.

When Hurricane Michael made landfall in Florida in October 2018, most buildings on Tyndall were damaged or destroyed, leaving a price tag in the billions to remake the base.

Instead of just rebuilding what once was, the Air Force decided to rebuild Tyndall to withstand future storms at an estimated cost of roughly $4.7 billion (Climatewire, July 3).

Vice President Mike Pence also tweeted earlier this month that the base would receive F-35 squadrons in 2023, giving the Air Force’s most advanced fighter jets access to ranges in the Gulf of Mexico.

"If what the Air Force is asking for happens, Tyndall won’t just be as good as it used to be, it’s going to be better," Rubio said. "Tyndall will be back and stronger and more important to our national security than it has ever been."

With Tyndall’s location on a barrier island off Panama City, Fla., the base gives planes direct access to the water, allowing them to operate in ways that would be prohibited if they had to fly over residential areas.

This unique access has motivated the Air Force to rebuild even though Tyndall is still listed as one of the bases most vulnerable to the effects of climate change (E&E News PM, May 6).

"The Air Force is committed to the location, they value the access to the ranges that it has and they are going to make sure in the next incarnation that it’s going to be resilient to the kinds of extreme weather threats that negatively impacted it recently," said John Conger, executive director for the Center for Climate & Security.

Col. Brian Laidlaw, commander of the 325th Fighter Wing Air Combat Command operated out of Tyndall, said 73% of the base’s personnel have returned and nearly all nonflight operations have resumed.

The hearing also explored Tyndall’s links to the local economy.

Michael Myhre, CEO of Florida’s Small Business Development Center, pointed to Bureau of Labor Statistics data that showed unemployment in Panama City jumped to 7% following the hurricane and the base’s temporary closure but dropped to nearly 4% as the base brought back personnel.

Laidlaw testified that Tyndall provides roughly $600 million to the local economy under normal circumstances. He added that during the reconstruction period with billions of dollars flowing into the base, that impact will certainly increase.

"In 2019, Tyndall’s economic impact will be much higher; we won’t know exactly how much higher until we get the final numbers at the end of the fiscal year," Laidlaw said. "The future is bright for Tyndall AFB and for our community."