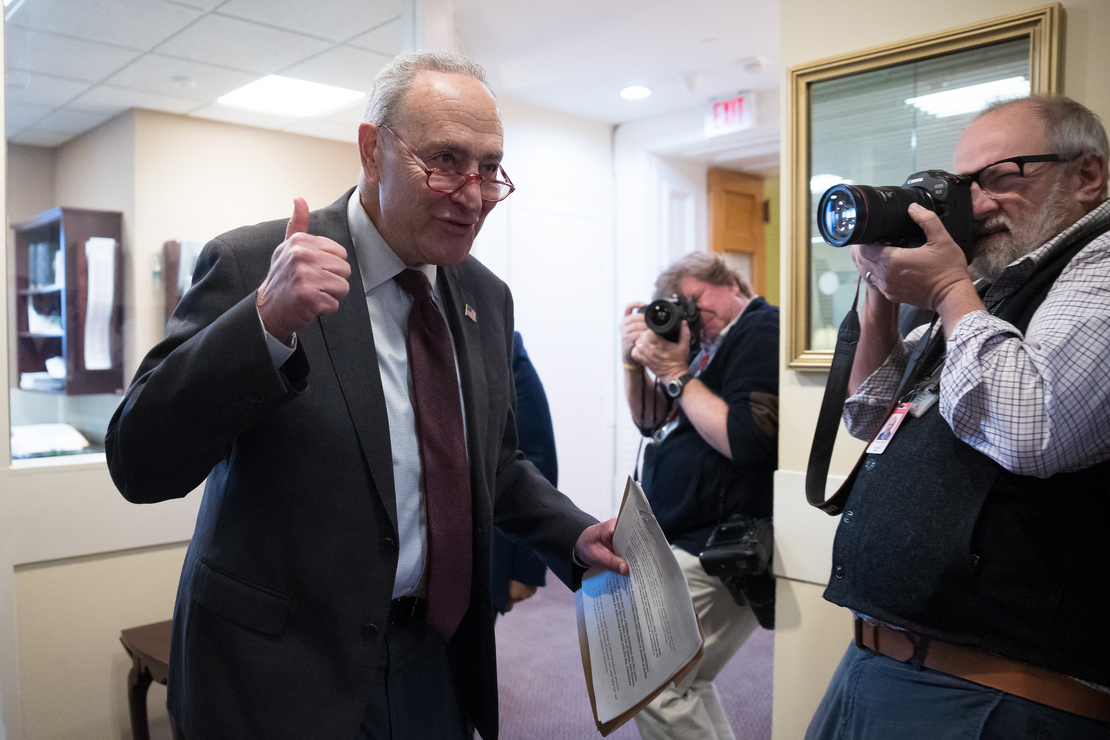 The Senate on Thursday approved a $1.7 trillion omnibus spending package with disaster relief funding and increases for energy and environment agencies.

In a press conference following the omnibus’s passage, Senate Majority Leader Chuck Schumer (D-N.Y.) called the spending bill “a metaphor for the last two years: a lot of Sturm und Drang, a lot of ups and down, but in the end a great result that really helped the American people.”

He added, “A lot of hard work, a lot of compromise, but we funded the government with an aggressive investment in American families, American workers, American national defense. It’s one of the most significant appropriations packages we’ve done in a really long time.”

Schumer also mentioned how the omnibus “funds the CHIPS bill, the bill to help the veterans — the PACT Act — who were hurt by the burn pits.”

The bill passed 68-29 after senators worked through the night to secure a deal on amendments. A push by conservatives to vote on an immigration-related measure threatened to delay the bill’s passage or sink the process.

But with lawmakers wanting to leave Washington before winter weather, the parties agreed to side-by-side votes on a Trump-era policy making it easier to keep people trying to enter the U.S. illegally out of the country. A roster of other amendments also got votes.

“I urge everybody to stay in their seats. We are having 10-minute votes. We have to get out of here as quickly as possible. So we need cooperation from everybody,” said Schumer.

House Speaker Nancy Pelosi (D-Calif.) said her chamber would try to pass the bill as soon as possible, but it’s unclear whether lawmakers will be able to avoid travel disruptions. Many House members are likely to vote by proxy.