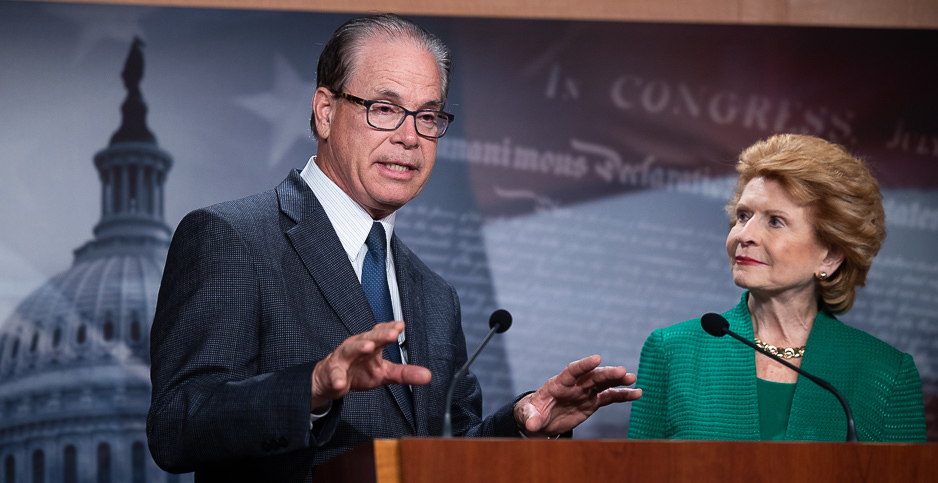 The Senate this morning passed legislation to make it easier for farmers to access carbon markets in what boosters say could be a critical step to address climate change in the agricultural sector.

The "Growing Climate Solutions Act," S. 1251, cleared the Senate on a 92-8 vote after lawmakers rejected an amendment from Sen. Mike Lee (R-Utah).

"What we are doing is voluntary, producer-led and bipartisan, and to me and the Agriculture Committee, those are the magic words," Stabenow told reporters.

The bill is supported by farm groups and the U.S. Chamber of Commerce, and it has a large set of bipartisan co-sponsors.

But it faces a more difficult road in the House amid opposition from some Republicans and progressive environmental groups, which argue it could create a certification system vulnerable to fraud and potentially allow companies to continue increasing emissions by purchasing offsets (E&E Daily, June 24).

"As a piece of infrastructure, a verifiable carbon credit in the agricultural sector is perhaps the most important tool to deal with climate change in that sector," Sen. Sheldon Whitehouse (D-R.I.), a co-sponsor of the bill, told reporters.

"And the fact that this has north of 80 votes on the Senate floor right now and climbing is a terrific sign about the prospects for bipartisanship."

Agriculture currently makes up some 10% of U.S. greenhouse gas emissions, but farmers can also sequester carbon via methods like reduced soil tillage and tree planting.

Originally introduced by Stabenow and Sen. Mike Braun (R-Ind.), the bill would set up a Department of Agriculture program to certify companies and third-party providers in carbon credit markets in an effort to boost voluntary participation by farmers.

"The markets are private and they are voluntary, but they haven’t been strong because there hasn’t been a system in place that people can trust to be able to do this, and so that’s what we are doing is creating the integrity and the structure and the expertise," Stabenow said.

Lee, however, argued that it would only create new burdens for the market. "It would insert the federal government into a market that is blossoming on its own, imposing burdensome regulation, and picking winners and losers in the carbon credit marketplace," Lee said on the floor this morning.

His amendment, which failed on a 11-89 vote, would have struck the certification system from the bill, replacing it with an informational program for farmers.

Braun said the certification system would "democratize the process" and allow smaller farmers to access carbon markets through USDA, an agency they trust.

"This goes through a familiar portal for them and gives that same access to smaller landowners," Braun told reporters.

"This enables them to add a little bit of value to their bottom line for being good stewards of the land," Braun added.