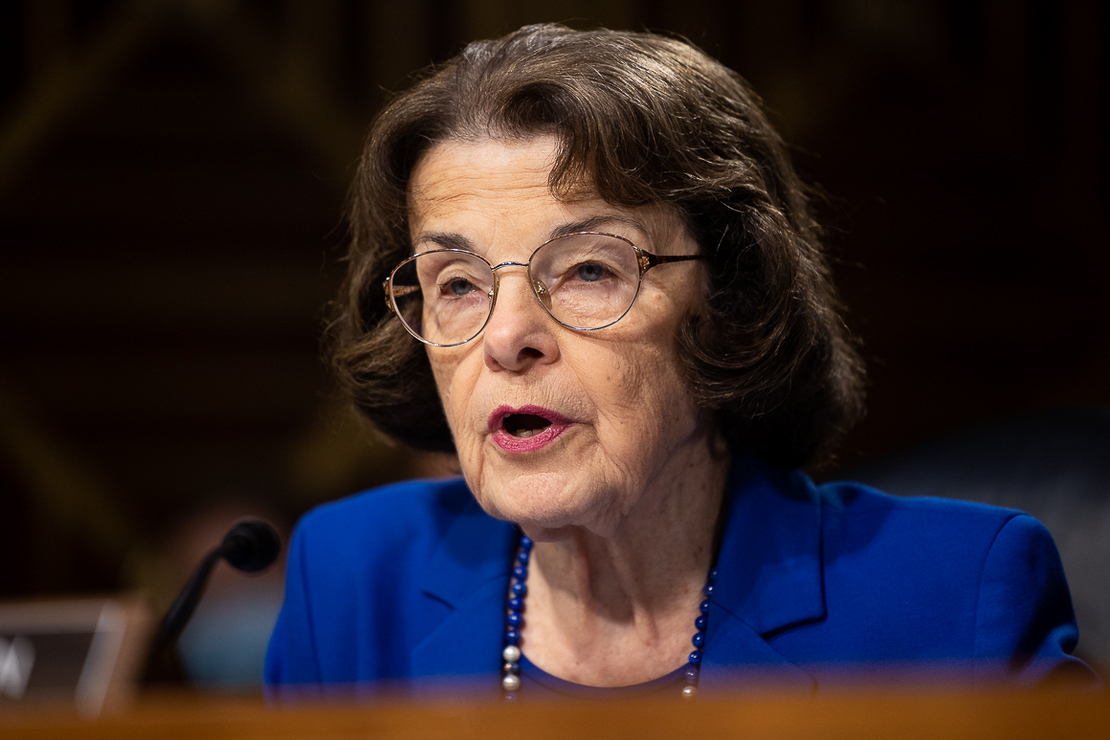 Passing on a 25-5 vote, the legislation is the first spending bill to advance in the Senate this fiscal cycle. But headwinds from Republicans and a lack of overall spending agreements could stall the bill for the foreseeable future.

The proposal would fund the Department of Energy at $45.3 billion, a $3.3 billion increase from fiscal 2021 and $200 million more than the House’s allocation but $1 billion short of the Biden administration’s request (E&E Daily, July 12).

The Senate bill includes $3.9 billion for DOE’s Office of Energy Efficiency and Renewable Energy, a $1.1 billion increase from fiscal 2021 and $100 million more than the House proposal. Both bills, however, fall short of the $4.8 billion pitched by the White House for the program.

“The bill does make historic levels of investments to counter the worsening effects of climate change,” Energy-Water Chair Dianne Feinstein (D-Calif.) said in defense of her legislation. “Most of the proposed increases are for clean energy programs that will help tackle our most challenging energy problems and protect future generations.”

The bill would set aside $500 million for the Advanced Research Projects Agency-Energy (ARPA-E), a $73 million increase from current levels and equal to the request. House appropriators would set the program at $600 million.

Both Senate and House lawmakers rejected the pitch from the Biden administration to create a new Advanced Research Projects Agency-Climate (ARPA-C) to focus research and development work exclusively on technology to address climate change.

Both chambers did, however, provide funding for an Office of Clean Energy Demonstrations, a new program to coordinate more than a dozen demonstration projects. The Senate bill would fund the program at $100 million in fiscal 2022.

The Office of Science would see funding of $7.5 billion, $464 million above current levels and and $50 million more than the request. The bill would set the Office of Nuclear Energy at $1.6 billion, an $83 million increase from current levels but $100 million short of the House and $300 million less than the president’s request. The Senate bill would provide funding to continue the advanced reactor demonstration program.

The Senate spending package would provide more than $10.6 billion for the nation’s water infrastructure, including a record level of funding for the Army Corps of Engineers at $8.7 billion, an increase of $906 million over the current spending levels.

Funding for corps projects would be aimed at reducing the risk of flooding and storm damage; hardening and improving the efficiency of ports, harbors and inland waterways; and restoring aquatic environments.

“The [White House] budget request, as usual for any administration, fails to provide adequate investments in the Corps of Engineers and the Bureau of Reclamation,” said Feinstein.

The bill provides $450 million in emergency funding for the Bureau of Reclamation to address severe drought, and funding for the Army Corps would support projects that are aimed at countering sea-level rise, flooding and green infrastructure that can act as a buffer against more extreme storms.

Appropriators skipped a subcommittee markup this year. Usually, lawmakers take up a list of amendments during a full committee markup, but that also didn’t happen today.

Senators avoided any significant amendments, with Republicans largely attacking the overall spending process under the new Democratic majority rather than focusing on criticisms of provisions contained within the Energy-Water bill.

Energy-Water ranking member John Kennedy (R-La.) was among many Republicans critical of advancing a bill without an overall fiscal agreement, especially in light of drastic spending by Congress to boost infrastructure.

“I do worry that at some point, if we continue down the road that we are on, we’re going to have to change the name of the Department of the Treasury to the Department of Debt, because there will be no treasure there,” Kennedy quipped.

“Anybody who thinks we’re going to reach a carbon neutral world economy without nuclear energy has been smoking the devil’s lettuce. It’s not going to happen. And we know that,” Kennedy said.