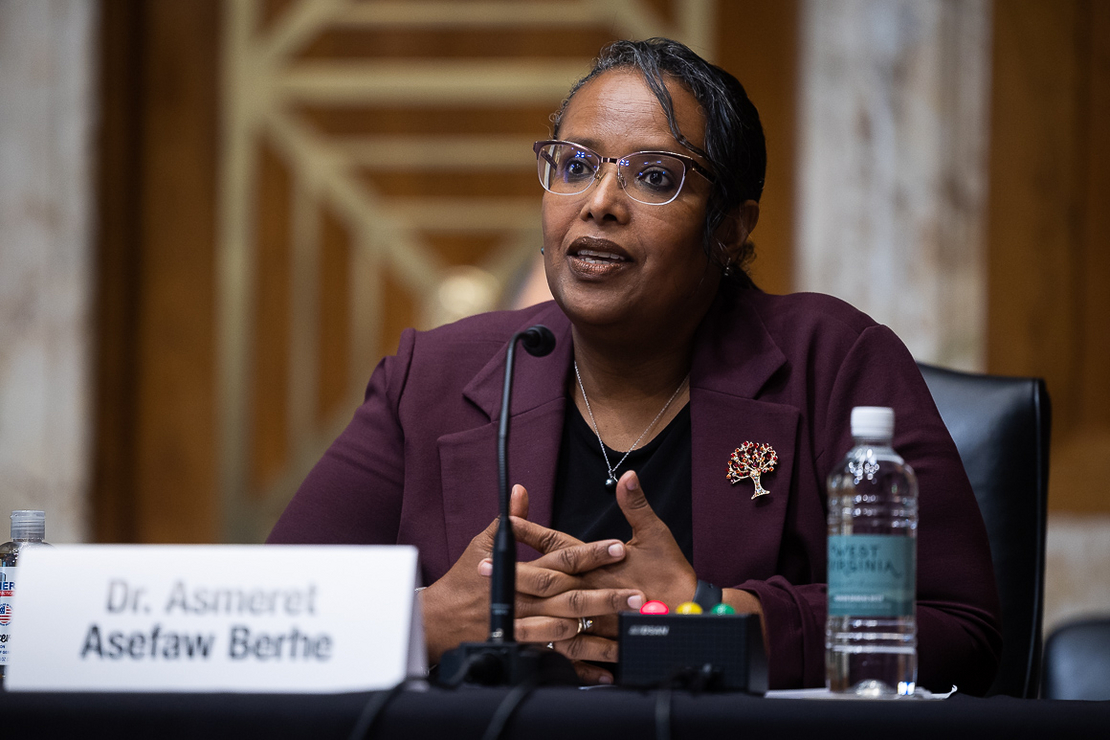 Asmeret Asefaw Berhe is currently a soil geochemistry professor at the University of California, Merced.

The Senate confirmed her by a vote of 54 to 45. All Democrats present supported her, as did GOP Sens. Bill Cassidy (La.), Susan Collins (Maine), Lindsey Graham (S.C.) and Lisa Murkowski (Alaska).

“Judging from the long list of academic honors and rewards that she received and the long list of scientific papers that she has written, Dr. Berhe has the scientific credentials that this job requires,” Energy and Natural Resources Chair Joe Manchin (D-W.Va.) said on the Senate floor before the vote, noting a long history of soil and Earth science research DOE has conducted or otherwise been involved in.

“Her background is an asset and makes her very well suited to lead the Office of Science,” Manchin said. “She is incredibly well qualified for this important post.”

During her confirmation process, Republicans questioned Berhe’s qualifications for the job. They argued soil geochemistry is not closely related to DOE’s mission (E&E Daily, Aug. 4, 2021).

“Her research expertise isn’t in any of the Office of Science’s major programs,” Sen. John Barrasso (Wyo.), the Energy panel’s top Republican, said before the vote today.

“And she has no experience as a scientific administrator and minimal experience with the Energy Department itself,” he continued. “So not that there’s anything wrong with her underlying experience to do other things, but for this specific position, the qualifications just aren’t there.”

Senators this afternoon also took a procedural vote on Lisa Cook to be a member of the Federal Reserve board. Her confirmation is likely to be a very close vote, with Republicans united in opposition.