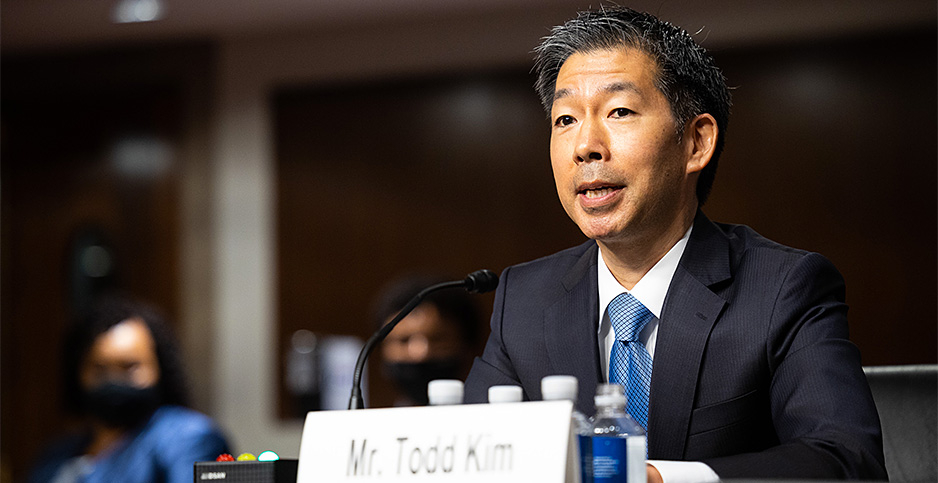 The Justice Department’s environment division has a new leader.

Kim will lead the DOJ team responsible for enforcing the nation’s clean air and water laws and defending the Biden administration’s environmental regulations in court. He takes the helm at a time when President Biden has pledged to give special attention to environmental harms to low-income and minority communities.

Kim worked as an ENRD trial attorney for seven years early in his legal career. His service at the division spanned the Clinton and George W. Bush administrations.

In one environmental case during his first stint at ENRD, Kim defended the federal government’s denial of a Clean Water Act permit for a condominium development in a Michigan wetland (Greenwire, March 18).

The core question in the case, which waterways and wetlands should be subject to federal permitting requirements, has still yet to be answered definitively by the courts — or by federal regulation.

The Biden administration is expected to put forth a new definition of waters of the U.S., or WOTUS, in the coming years. ENRD attorneys would defend the rule against any subsequent legal challenges.

After leaving ENRD in 2006, Kim served for 11 years as the first solicitor general for Washington. During that time, former President Obama selected Kim for a seat on the U.S. Court of Appeals for the District of Columbia Circuit, but his nomination stalled in the Senate.

Kim then spent three years in private practice at the law firm Reed Smith LLP. In January, Biden tapped Kim to be deputy general counsel for litigation, regulation and enforcement at the Energy Department.