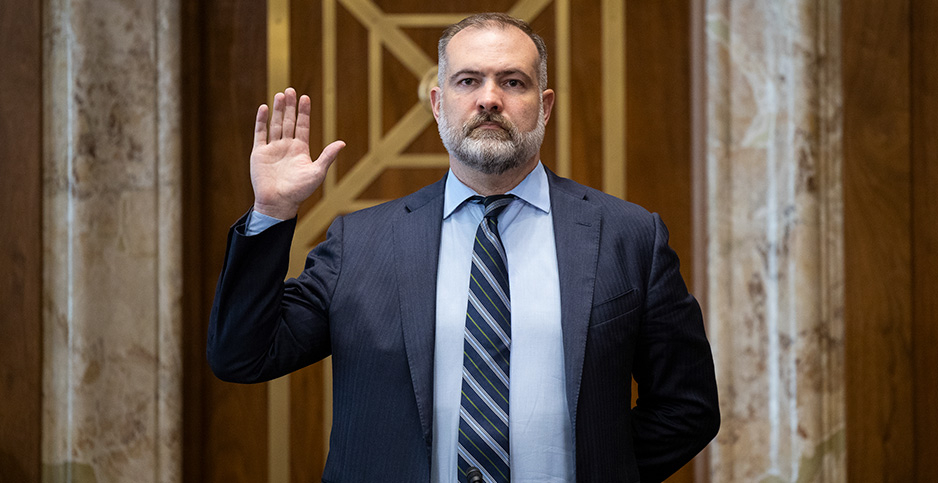 The Biden administration put Tommy Beaudreau forward for deputy Interior secretary in a bid to offer Democrats and Republicans a consensus pick for the No. 2 job at the federal agency. Today, the gambit paid off.

Beaudreau was confirmed in a 88-9 vote, with eight Republicans joining Sen. Bernie Sanders, a Vermont independent who caucuses with Democrats, in opposition.

The bipartisan support for Beaudreau stood in stark contrast to the sharply divided confirmation vote for Deb Haaland to lead Interior earlier this year, when only four Republicans sided with Democrats following an ugly partisan fight that invited accusations of racism and sexism on the part of the GOP.

Republicans who voted against Beaudreau were those who see any potential Interior official as complicit in President Biden’s actions to curtail energy extraction on public lands.

But for most GOP senators, Beaudreau’s tenure as the first director of the Bureau of Ocean Energy Management and later as an attorney representing major oil and gas interests in the private sector made him a more appealing choice than Haaland, who as a New Mexico Democratic representative supported legislation to reign in the fossil fuel industry (E&E News, June 17).

Democrats, meanwhile, approached Beaudreau as a known commodity, someone who served under both of former President Obama’s Interior secretaries and was endorsed for deputy secretary by leading conservation organizations.

Many progressives would have preferred a candidate for the second-in-command spot at Interior to not have ties to the interests he will be tasked with overseeing and regulating.

Under normal circumstances, there might have been widespread liberal opposition on Capitol Hill mirroring that of far-left outside groups, including the Center for Biological Diversity and Sunrise Movement.

There was also a notable lack of public blowback from Democrats following Biden’s decision to withdraw his first choice to be deputy Interior secretary, Elizabeth Klein, in favor of Beaudreau, after influential moderate Sens. Lisa Murkowski (R-Alaska) and Joe Manchin (D-W.Va.) complained Klein was too hostile to fossil fuel interests to be a suitable partner to Haaland.

But Democrats opted not to pick a battle on a lower-tier nominee after winning a victory in Haaland, who made history as the first Native American Cabinet secretary ever, choosing instead to complain about the administration’s about-face behind the scenes.

Ultimately, only Sanders — who ran for president in 2020 on a platform of opposing special interests — broke ranks to vote against Beaudreau, telling E&E News he considered the nominee "too much of a fossil fuel advocate." He wouldn’t comment on whether he was surprised other progressives weren’t joining him in opposition.

In addition to running BOEM, the Alaska-raised Beaudreau spent time as chief of staff to then-Interior Secretary Sally Jewell in addition to serving as acting assistant secretary for land and minerals management.

He graduated from Yale University in 1994 and went on to earn a law degree from Georgetown University Law Center. Following his work in the Obama administration and leading up to his confirmation today, he was a partner at Latham & Watkins — a member of the firm’s Environment, Land & Resources Department and global co-chair of the firm’s project siting and approvals practice.