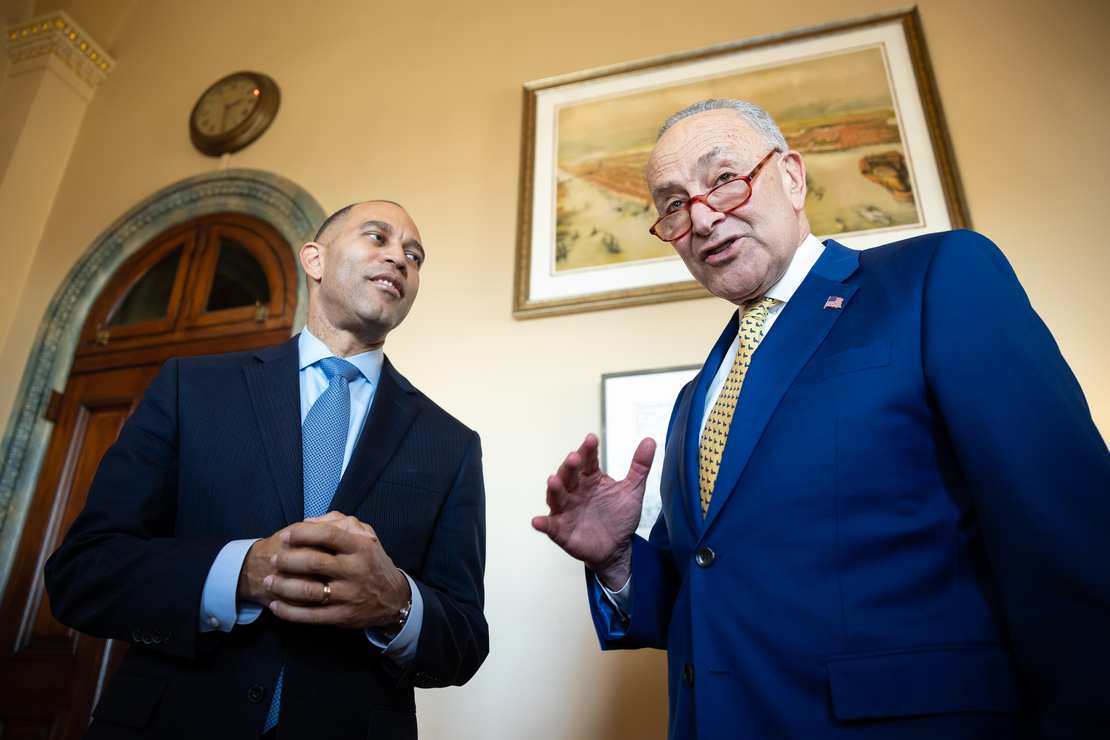 Democrats hope to use their expanded Senate majority to push climate and energy policy this year, despite the looming chaos of a divided Congress.

While they have no hope of passing another massive bill like the Inflation Reduction Act, Senate Democrats will help dictate how the law’s gargantuan climate are implemented. They could also use their majority to blunt the impact of the coming oversight regime from the Republican House.

“Implementation, foreign relations, permitting reform,” said Sen. Brian Schatz (D-Hawaii), ticking off what he believes will be on Democrats’ climate agenda this year.

House Republicans, expected to be led by Rep. Kevin McCarthy (R-Calif.), will throw up near-constant roadblocks to any expensive legislative effort and will likely try to extract massive concessions from Democrats on federal spending bills and an impending effort to raise the nation’s debt limit.

Still, there could be opportunity for bipartisan action. Outside of the Inflation Reduction Act, much of what got done during the 117th Congress was bipartisan in the Senate, including the Infrastructure Investment and Jobs Act and ratification of the Kigali Amendment, a global climate treaty.

“There is a potential to build on that momentum,” Schatz said. “We aren’t going to pass another IRA with a Speaker McCarthy, but there is still plenty of work to do.”

And senators from both parties are eager to strike a deal on an overhaul of federal environmental rules to speed the deployment of new infrastructure projects around the country.

Senate Energy and Natural Resources Chair Joe Manchin (D-W.Va.) has been at the forefront of that effort, but he failed to get his permitting reform legislation over the finish line in 2022, with opposition from Republicans and progressive Democrats.

Democrats emphasized that it’s primed for a revival in the next two years, but it remains to be seen whether they can cut a deal with the GOP.

Beyond permitting, Sen. Martin Heinrich (D-N.M.), a senior Energy and Natural Resources Committee member, said the next two years will be about building long term support for public lands and climate bills, rather than passing them into law.

He pointed to the John D. Dingell Jr. Conservation, Management and Recreation Act, the suite of public lands bills that became law in 2019 after years of legislative grappling.

“That work of refining, in particular public lands legislation, is important all the time, because it tees things up for the eventual package and compromises,” Heinrich said.

With the upcoming legislative limitations in mind, committee chairs are turning their attention to oversight.

“All the money that we’ve appropriated for the roads, highways, bridges, water, drinking water, wastewater sanitation, floods control — we want to make sure that money is getting out and being used as it’s supposed to,” said Senate Environment and Public Works Chair Tom Carper (D-Del.).

It’s a delicate political balance. House Republicans are planning their own flurry of investigations into the Biden administration and the Inflation Reduction Act.

Already, they have denounced the money in the climate and infrastructure bills as “slush funds” for clean energy and floated plans to investigate the Department of Energy and other agencies administering it.

Rep. Cathy McMorris Rodgers (R-Wash.), the incoming chair of the House Energy and Commerce Committee, has referred to DOE’s Loan Program Office as “Solyndra on steroids,” in reference to the solar firm that went bust in 2011 after taking federal loan guarantees.

In the Senate, that means Democrats will be simultaneously defending their marquee legislative achievements and trying to ensure they don’t become a political target.

“I wouldn’t be surprised if there were some [Democrats] who thought anything unkind about the Biden administration was kryptonite and others who feel a stronger need to move the ball forward,” said Sen. Sheldon Whitehouse (D-R.I.). “And if that means a little bit of spurring and provoking, so much the better. It’s all among friends.”

The most intense Senate oversight will likely come from Manchin, who is already downplaying the need for more legislative action outside of permitting reform. That will continue putting him at odds with other Democratic chairs and the president.

The West Virginia Democrat will start the year at odds with the administration over electric vehicle tax credits. Manchin blasted the Treasury Department last week for delaying guidance on supply chain restrictions in the climate law.

“In the meantime, they have decided to move forward on implementing these credits without the necessary guidance to ensure taxpayer dollars are being responsibly used,” Manchin said. “This is an unacceptable outcome and I call on Treasury to pause the implementation of both commercial and new consumer EV tax credits until they have issued the appropriate guidance.”

He faces an uphill reelection campaign in 2024 that is sure to shape how he views any action on energy and climate. Late last year, he issued a warning shot at the White House for using language he deemed to be callous towards coal communities (E&E Daily, Nov. 11, 2022).

Manchin, who has left the door open to leaving the Democratic Party, also held up the renomination of former Federal Energy Regulatory Commission Chair Richard Glick, who was forced to depart the commission at the end of last month, over concerns about fossil fuel infrastructure permitting.

When asked about his views of what his ambitions could be during this Congress during an energy efficiency summit last month, Manchin pointed to the trillions in spending Democrats passed over the past two years.