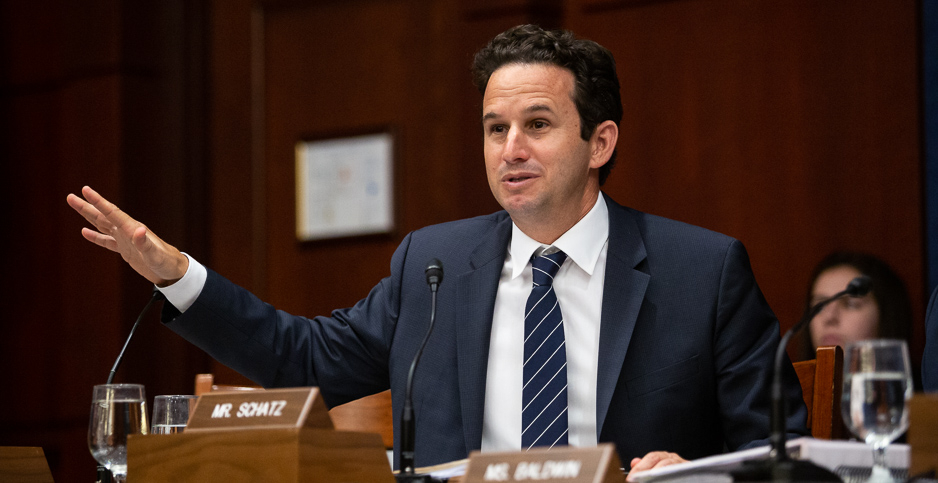 The impending power shift in the Senate means Congress will once again turn to the Congressional Review Act to scrap a bevy of regulations.

The law will allow the Democratic House and Senate and President-elect Joe Biden to rapidly repeal regulations finalized roughly within the past six months.

Hill Republicans and President Trump used the CRA to kill 16 Obama-era rules in 2017. Democrats, in contrast, have never deployed the CRA. They’re wary of the law’s blunt, deregulatory nature.

But yesterday’s elections in Georgia, which appear to give Democrats a narrow majority in the Senate, have reignited the debate among lawmakers and advocates.

Sen. Brian Schatz (D-Hawaii) told Politico reporter Burgess Everett that using the CRA to repeal Trump rules would be among the Democrats’ first orders of business.

"He’ll make some recommendations," Hoyer told reporters. "Our committees are looking at that, as well. They will make recommendations. I don’t want to speak to that at this point in time, but certainly I think there is no doubt that that — we’re looking at what [President Trump] has done … and what actions, if any, are warranted."

Experts caution that the CRA, which requires only a simple majority of both chambers, could backfire on Democrats. If they use the law to block a Trump rule, the administration could be barred from drafting a regulation that is "substantially the same."

"In effect, the CRA is like a rubber mallet that can smash rules opposed by Congress, but it destroys the possibility of fixing them," said Dan Weiss, a longtime environmental consultant.

The law does not define "substantially the same," nor does it say who should, and the matter has never been tested in court. Experts say Democrats may be fearful.

"If they are not already doing this, Democrats need to do some soul-searching on whether or not they want to go down this road," said James Goodwin, a regulatory scholar with the Center for Progressive Reform. "It would effectively legitimize this law — there’s no putting the toothpaste back in the tube."

Other advocates suggest Democrats should take the risk.

"It’s the quickest way to get rid of policies that will cause significant harms to the health of Americans and to the quality of our environment," said Ricky Revesz, a New York University professor whose name has been mentioned as a possible Biden regulatory chief.

Revesz specifically pointed to the EPA science "transparency rule," which EPA announced yesterday, and the EPA cost-benefit rewrite for air regulations that was finalized last month.

Both rules could impede the Biden team’s initial ability to achieve climate and environmental goals like cutting carbon emissions from the power sector.

Yesterday, EPA chief Andrew Wheeler argued that the "transparency rule" — which has generated overwhelming opposition among Democrats and public health groups nationwide — would not be eligible for the CRA, calling it a procedural matter. But experts have questioned his logic (E&E Daily, Jan. 6)

Another CRA contender is the Trump repeal of a Clinton-era "once in, always in" air toxics rule. Critics say the move increased hazardous pollutants in communities located near power plants (Greenwire, Nov. 20)

The Trump rule on guidance documents is also an "egregious" rule the Trump administration raced to issue, said Betsy Southerland, a former EPA official who resigned to protest the Trump agenda.

She called the rule "litigation bait" because it allows industry groups to sue the agency if it does not review their petitions within 90 days. Guidance documents, which often benefit industry, provide information about how officials should enforce rules.

Southerland added that the guidance rule creates "the potential to take the very strapped few people and dollars we have at EPA and divert them from the new administration’s priorities."

At the Interior Department, experts pointed to a handful of Trump rules as CRA targets. Aaron Weiss, deputy director at the Center for Western Priorities, said the "big one" is the administration’s pro-industry interpretation of the Migratory Bird Treaty Act, which was finalized yesterday (see related story).

Others he pointed to include the administration’s Arctic drilling leasing plans and its narrower definition of critical habitats.

In any case, if the past is any indication, it could come down to the wire.

In 2017, Republicans failed to secure the 51 votes needed to wipe out the Obama Bureau of Land Management’s methane and waste prevention rule, which set limits on methane flaring on federal lands. At the last minute, Sen. John McCain (R-Ariz.), who died the next year, surprised everyone and bucked his party by voting no with his friend Sen. Lindsey Graham (R-S.C.).