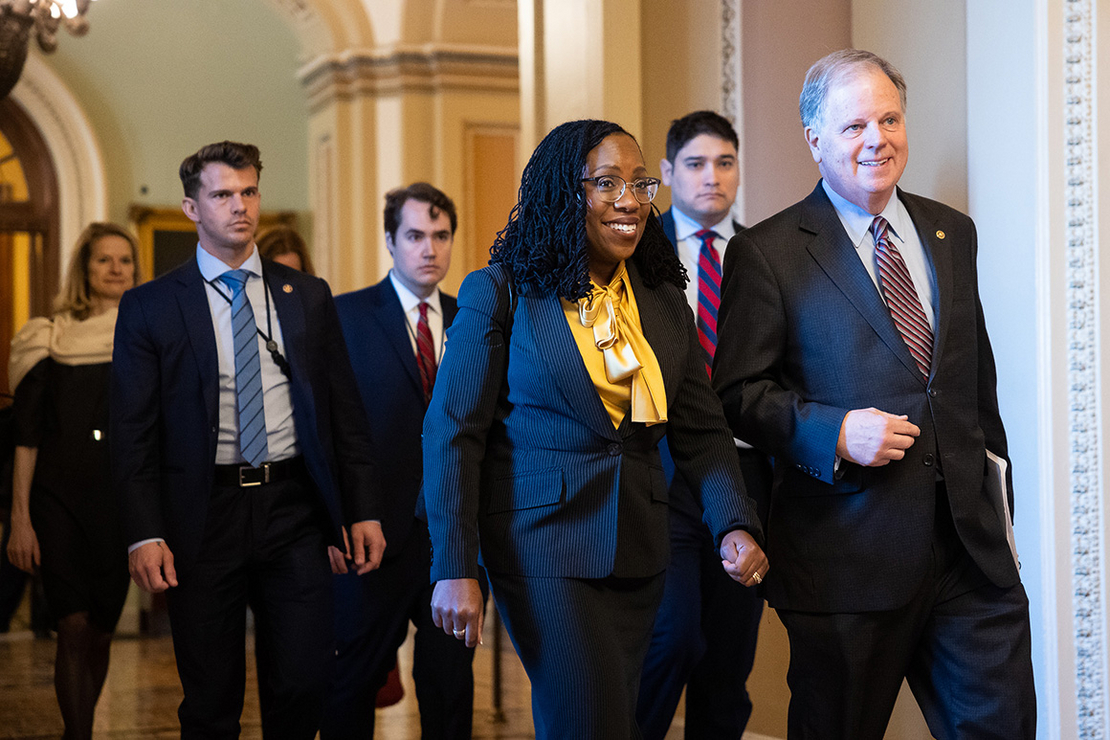 Chair Dick Durbin (D-Ill.) announced today that the panel will hear testimony from Jackson and other witnesses from March 21-24 to consider her nomination to replace Justice Stephen Breyer on the nation’s highest bench.

“As I have said from the time that Justice Breyer announced his retirement, the Committee will undertake a fair and timely process to consider Judge Jackson’s nomination,” Durbin wrote in a letter to his committee colleagues.

President Biden has called on the Senate to confirm Jackson, who is currently a judge of the U.S. Court of Appeals for the District of Columbia Circuit, within 40 days, following a similar timeline to other recent Supreme Court nominees (E&E Daily, Feb. 2).

Jackson’s confirmation hearings are set to begin about three weeks after Biden announced her nomination. Hearings for the last Supreme Court nominee — Amy Coney Barrett, who was appointed in 2020 by former President Trump — began about two weeks after her nomination.

Jackson, who began making the rounds on the Hill today, has a reputation as a moderate consensus-builder in the mold of Breyer, for whom she once clerked (Greenwire, Feb. 25). Her addition to the court would not change its 6-3 conservative majority, but her arrival would help avoid a more dramatic cut to the diminished liberal wing.

She would be the first Black woman to sit on the Supreme Court.

During its March 21 meeting, the Judiciary Committee will hear statements from members of the panel, individuals introducing Jackson and Jackson herself, Durbin wrote in his letter.

Committee members will have a chance to question Jackson from March 22-23, and on March 24, the panel will hear testimony from the American Bar Association and other outside witnesses, Durbin said.

Sen. Chuck Grassley of Iowa, the top Republican on the Judiciary Committee, said when Jackson was nominated that he would conduct a review “as fair and respectful as it is complete and comprehensive.”

Barrett — pushed through by a Republican Senate during an election year after the GOP blocked former President Obama’s nomination of Merrick Garland under similar circumstances in 2016 — received a 52-47 vote, with no Democrats voting in favor.

Jackson got some bipartisan support for her nominations to the D.C. Circuit and to her previous bench, the U.S. District Court for the District of Columbia.

But none of the three Republican senators who voted last year to confirm Jackson to the D.C. Circuit — Lindsey Graham of South Carolina, Lisa Murkowski of Alaska and Susan Collins of Maine — have affirmed that they would support her Supreme Court bid.

Jackson is related by marriage to former House Speaker and Republican vice presidential candidate Paul Ryan of Wisconsin, who has endorsed her nomination.