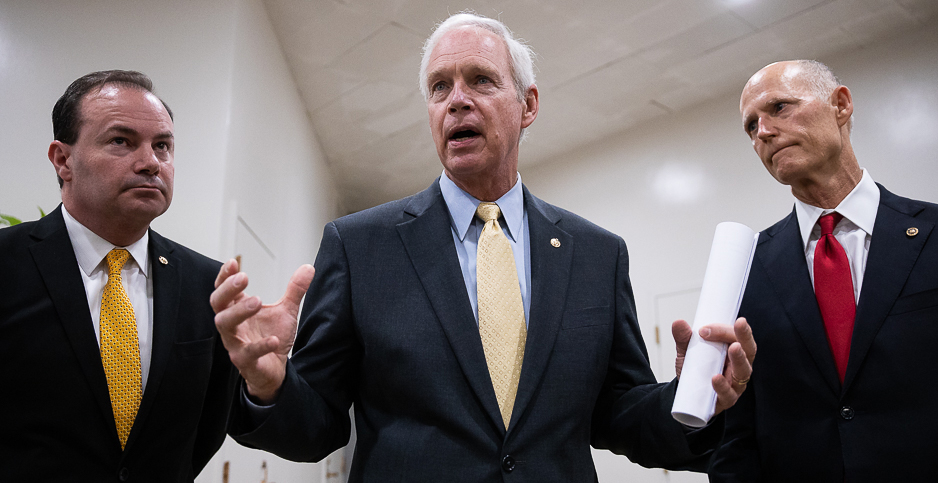 The Senate this afternoon approved the nomination of Eric Lander to be head of the White House Office of Science and Technology Policy, but punted until next month on legislation to authorize new funding for the National Science Foundation and the Department of Energy.

Senate Majority Leader Chuck Schumer (D-N.Y.), the bill’s chief sponsor, had been gunning for passage yesterday, but some Republicans said they wanted more time to consider amendments (E&E Daily, May 28).

He kept the Senate in Washington for a rare Friday session and had planned to hold a vote on the bill today. But the legislation’s most vocal opponents objected to quick consideration, leading to the deal with Schumer to delay action until the week of June 8, when the Senate returns from its Memorial Day recess.

"Our effort here has been quite simply to give the American people more time to understand what’s in the bill to give ourselves more of an opportunity to explain to the American people what’s in the bill," Sen. Mike Lee (R-Utah) told reporters of his attempts to slow consideration of the bill, lamenting the fact that the proposal had grown to thousands of pages long.

"These things have far-ranging consequences. We cannot ignore them, especially at a time when our national debt is approaching $30 trillion. And they put together an effort that, in the view of some, might do more harm than good," Lee said.

"It’s not a horrible thing to suggest, ‘Let’s put off voting for a few days,’" said Sen. Rick Scott (R-Fla.), who sympathized with the bill’s attempt to allow the United States to better compete against China. "Let’s allow the American people to understand what’s in it; let’s allow ourselves to be able to digest."

The deal to delay the vote to after the recess ensures "that votes on the ‘U.S. Innovation and Competition Act’ will occur and prevail as soon as we return in June," Schumer said on the Senate floor this morning.

The bill would approve $57 billion for National Science Foundation research activities, $29 billion for the new technology directorate at NSF and $17 billion for DOE’s national labs over five years.

Adding money for DOE helped neutralize concern from energy-minded lawmakers and the national labs about a possible innovation turf war with NSF.

S. 1260 started off as the "Endless Frontier Act" from Schumer and Indiana Republican Sen. Todd Young. It quickly grew into the "U.S. Innovation and Competition Act," with contributions from other committees (E&E Daily, May 19).

Schumer’s bill is expected to pass the Senate with bipartisan support, thanks to numerous amendments added during the upper chamber’s consideration, including one from Finance Committee ranking member Mike Crapo (R-Idaho) aimed at securing supply chains, including those for critical minerals.

Another amendment that passed this week would create a foundation at DOE to accept private-sector donations to meet the agency’s mission. More tweaks are expected before final passage.

The Senate bill has hit strong opposition in the House, raising the prospect of conference negotiations to work out a compromise.

H.R. 2225 would largely avoid the technology commercialization focus pitched by the Senate, but it would establish a new science and engineering directorate.

The pair also introduced bipartisan legislation today to reauthorize DOE’s Office of Science and its 17 national labs for the first time in more than a decade.

Office of Science spending has been steadily increasing. Lawmakers raised its budget to $7 billion this fiscal year, and the Biden administration requested $7.4 billion for fiscal 2022.

The Johnson-Lucas measure would steadily increase that spending authorization to $11 billion by fiscal 2026, including $500 million annually for national lab infrastructure improvements.

The Senate voted by unanimous consent to confirm Lander to a position traditionally considered the president’s chief science adviser.

Lander is a systems biologist who teaches at the Massachusetts Institute of Technology and Harvard Medical School. He previously co-chaired the President’s Council of Advisors on Science and Technology under President Obama.

Senators failed to pass a procedural motion to consider creating an independent commission to investigate the Jan. 6 attack on the Capitol building by supporters of President Trump. The vote was 34-53, short of the 60 needed to pass, with all Democrats and six Republicans in support.

Schumer set up the following nominees for consideration after recess: