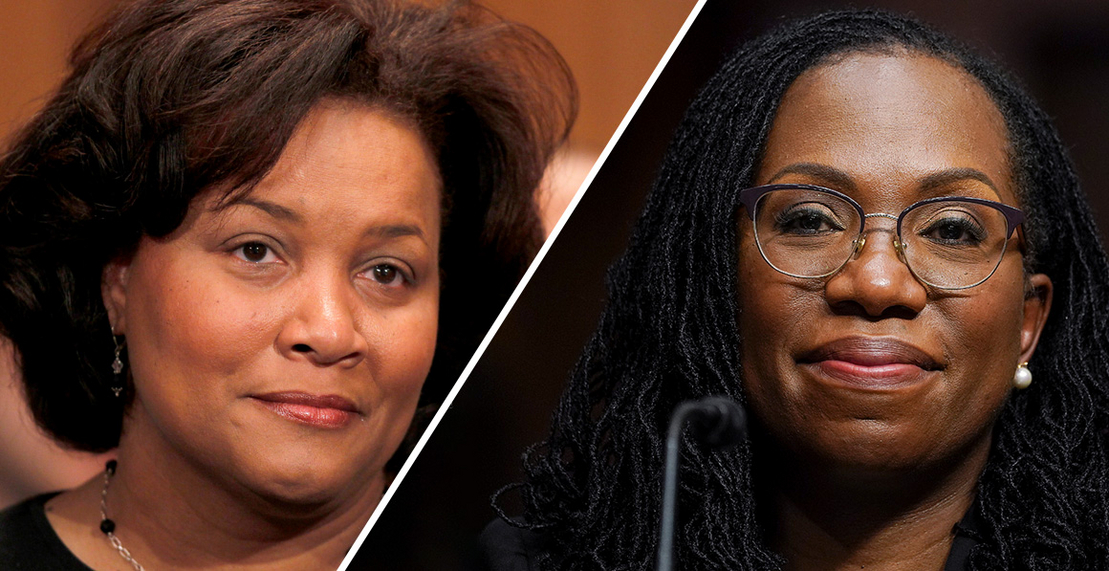 President Biden has yet to nominate anyone to replace outgoing Supreme Court Justice Stephen Breyer, but lawmakers are already preparing for what may be a bruising partisan fight.

For example, Biden’s promise to nominate a Black woman to the Supreme Court has become a point of contention between left and right.

“I believe that diversity benefits the Supreme Court,” Sen. Susan Collins (R-Maine) said on ABC’s “This Week” yesterday. “But the way that the president has handled this nomination has been clumsy at best.”

Collins said, “It adds to the further perception that the court is a political institution like Congress when it is not supposed to be.”

Senate Judiciary Chair Dick Durbin (D-Ill.) responded to colleagues questioning Biden’s promise. “I’d remind them to take a look back at history and recall that it was Ronald Reagan who announced that he was going to appoint a woman to the Supreme Court. And he did, Sandra Day O’Connor,” Durbin said on “This Week.”

“And it was Donald Trump who announced that he was going to replace Ruth Bader Ginsburg with a woman nominee, as well,” Durbin said. “So this is not the first time that a president has signaled what they’re looking for in a nominee.”

When Breyer’s nomination came before the Senate in 1994, the chamber voted 87-9 to place him on the nation’s highest bench. That’s unlikely to happen with Biden’s nominee in the current political environment.

“One of the things we have seen, even among the few names that have been floated, is that these are each women who are at really the height of their profession,” said Fatima Goss Graves, president and CEO of the National Women’s Law Center, on a call last week hosted by the Alliance for Justice.

“We have historic groundbreaking firsts who, under any typical set of circumstances, there would be no disagreement about, not just their ability to be on that bench, but to be the source of justice that would live up to the country’s expectations,” she said.

The Supreme Court’s three newest justices moved through with narrow majorities — the result of a yearslong process to get rid of filibuster rules requiring a two-thirds supermajority to confirm judicial nominees.

The shift began in 2013, when Democrats were encountering Republican blockades against former President Obama’s judicial picks. But the changes did not extend to Supreme Court nominees until 2017, when Republicans moved quickly to ensure that Democrats could not stop Trump’s high court picks.

Biden’s pick could face an even tighter vote than Trump’s three nominees. Democrats hold the Senate by a razor-thin 50-50 majority, with Vice President Kamala Harris serving as the tie-breaking vote.

One of Biden’s top Supreme Court contenders, Ketanji Brown Jackson, drew bipartisan support last year for her elevation to the U.S. Court of Appeals for the District of Columbia Circuit.

Collins and Republican Sens. Lisa Murkowski of Alaska and Lindsey Graham of South Carolina endorsed Jackson’s promotion to the D.C. Circuit from the U.S. District Court for the District of Columbia, where she had served for more than eight years. Jackson now sits on a court that is known for producing future Supreme Court justices.

“Those senators would be hard-pressed to explain why she’s not qualified for the Supreme Court any more than Amy Coney Barrett,” said Robert Percival, director of the environmental law program at the University of Maryland’s law school.

Graham also expressed support for Biden’s pledge to nominate a Black woman. “Put me in the camp of making sure the court and other institutions look like America,” said Graham.

Childs is currently a Biden pick to the D.C. Circuit. The Senate Judiciary Committee was supposed to hold a hearing on her nomination this week but has taken her off the agenda now that she’s also a Supreme Court contender, according to several media outlets.

“I can’t think of a better person for President Biden to consider to the Supreme Court than Michelle Childs,” said Graham. “She has wide support in our state. She’s considered to be a fair-minded, highly gifted jurist. She is one of the most decent people I’ve ever met.”

Barrett, the court’s newest justice, had been a federal judge for only three years when former President Trump nominated her to the Supreme Court.

Prior to Barrett’s nomination, the court had been dominated by five conservatives, with Chief Justice John Roberts frequently reaching across the ideological divide to serve as a swing vote in many cases.

When Justice Ruth Bader Ginsburg died in September 2020, Trump moved swiftly to seat Barrett as Ginsburg’s replacement. With the help of Republican leaders in the Senate, he was able to do so, even though the presidential election was already underway.

The same GOP lawmakers had moved to block former President Obama from replacing conservative Justice Antonin Scalia with then-D.C. Circuit Chief Judge Merrick Garland in 2016. Republicans had claimed that Obama could not advance a pick in the midst of a presidential primary.

Trump later won the election and chose Neil Gorsuch as Scalia’s successor in 2017.

Barrett was Trump’s third Supreme Court pick, and her installment on the nation’s highest bench in 2020 solidified a 6-3 conservative majority, potentially for a generation to come. Breyer’s plan to retire this summer — so long as his replacement has been confirmed — won’t shift the court’s ideology, but his exit will avoid a deeper loss to the liberal wing.

“The Roberts court has given way to the Trump court,” said Rakim Brooks, president of the Alliance for Justice.

Gene Karpinski, president of the League of Conservation Voters, said the Senate must confirm a worthy successor to Breyer on issues like civil rights and environmental justice.

“The stakes for the air we breathe, the water we drink, the climate crisis and our precarious democracy are higher than ever,” Karpinski.

Biden’s nominee won’t shift the court’s ideological balance, he said, “but this justice is a start.”