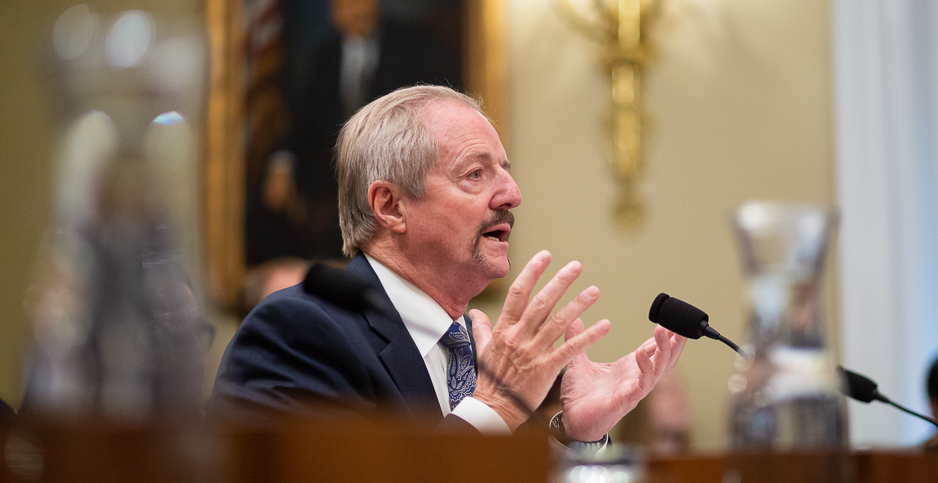 President Trump’s nomination of William Perry Pendley to lead the Bureau of Land Management is little more than an election-year ploy to appeal to Trump’s base of supporters, particularly in the West, according to two former BLM directors who served in Democratic and Republican administrations.

"This nomination is strictly a political move and nothing more," said Bob Abbey, BLM director during President Obama’s first term in office.

"This nomination is about reinforcing Trump’s status with the oil and gas and minerals industries and not about qualifications, competence or doing what’s best for our nation’s public lands," Abbey said. "Sad but true."

"The cynic in me says this is nothing more than political theater and a play to the base," Caswell said.

The nomination of Pendley, who has questioned federal landownership and mocked the Black Lives Matter movement, has drawn widespread opposition from Senate Democrats and conservation groups.

But Interior Secretary David Bernhardt, who appointed Pendley as BLM’s acting chief in July 2019, thanked Trump for the nomination, saying he is "doing a great job" in an acting capacity.

Sen. Cory Gardner (R-Colo.), whose vote is being closely watched, told a Colorado radio station today that Pendley will have to answer some difficult questions during his confirmation hearing.

"That’s absolutely why we’re going to have a hearing and some very tough questions for Mr. Pendley," Gardner said, according to a tweet from Denver Post political reporter Justin Wingerter.

"We haven’t even had the hearing yet, so I look forward to this investigative process," Gardner said.

Pendley, a Wyoming native, has said he would welcome the chance to win Senate approval (Greenwire, Nov. 11, 2019).

Both Abbey and Caswell said they don’t believe the Senate will approve Pendley’s nomination.

Caswell added: "If a hearing is scheduled, the knives will come out, and there will be a big dust-up with commensurate media coverage. Even if voted out of committee, there will be a hold placed on the nomination. The only thing to come from all the drama will be political rhetoric and election fodder."

Henri Bisson, who served as BLM’s deputy director of operations during the George W. Bush administration, said he concurs with these views.

Bisson said Pendley’s nomination is about rewarding him for advancing Trump administration goals as acting chief.

In particular, Pendley has been an outspoken defender of BLM’s controversial move of its Washington headquarters to Grand Junction, Colo. That plan also includes moving more than 200 other D.C.-based positions to BLM state offices in the West.

"I can only believe that it is happening as a reward to Mr. Pendley for doing the job this administration asked him to do," said Bisson, an outspoken critic of the relocation plan.

"I know from media reports that he has long sought this nomination," he added. "If he is confirmed, he will always be able to say that he was former director of the BLM in future business and political dealings.

"He likely feels he has earned the right to be nominated," Bisson said.