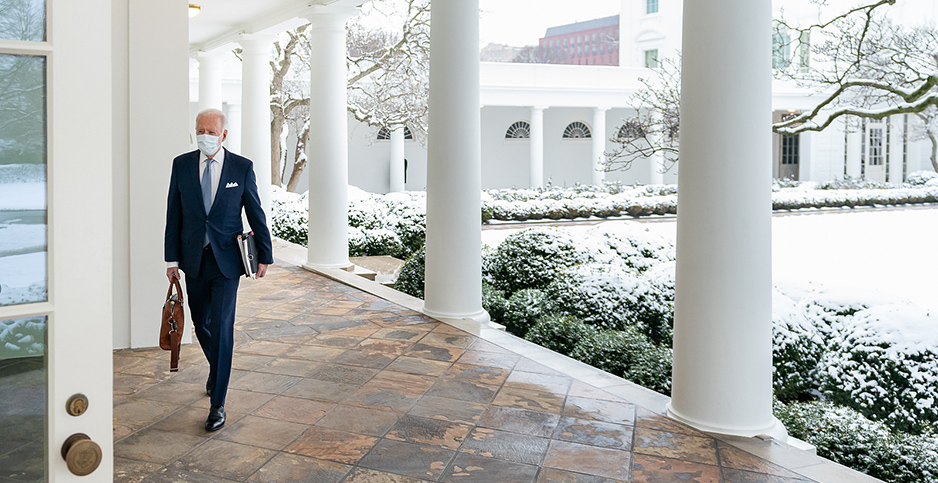 On day one, President Biden broke modern records by filling more than a third of the roughly 3,000 political posts across the federal government that do not require Senate confirmation.

But for the administration’s 1,250 political appointees that do require Senate approval, it has been slow going.

"They have fallen behind in terms of confirmations," said Max Stier, president of the Partnership for Public Service. "The Senate is slower than ever before."

So far, the Biden administration has picked just 53 nominees, according to a tracker by the Partnership for Public Service and The Washington Post. Four hundred ninety-one positions have no nominee.

"Impeachment and reconciliation has taken some attention away from the Senate — so it has likewise been slow to process the nominations that it does have," said Robert Shea, who worked on President George W. Bush’s transition team. He noted the White House has nominated just 10 people since Inauguration Day.

The same is true at EPA, where 14 political appointees require confirmation. Just Michael Regan’s and Janet McCabe’s nominations have been sent to the Senate.

So far, only Granholm and Regan have had committee hearings. Both have advanced.

At Interior, things are even slower. The secretary nominee — Deb Haaland — will not appear before senators until Tuesday.

That means many of the lower-rung appointees will likely have to wait. Political appointees often bring their own staff with them, noted Kyla Bennett, a director with Public Employees for Environmental Responsibility.

"But we really need to hit the ground running in these environmental agencies, and there are industry people still there, still making awful decisions," she said. "So it is disappointing, to say the least."

Sources said the focus on nonconfirmed posts is by design. It was not until last month that Democrats knew they would control the Senate. And even still, it’s a slim margin. Many of those posts — like heads of the EPA offices of water or air — could be controversial picks, sources noted.

"I think they have deliberately held back," said one Obama-era source.

Another factor, of course, is that the pandemic continues to keep the bulk of government employees working from their homes. Zoom interviews are trickier than in-person ones. It may take five virtual interviews to achieve what could have previously been done in two, sources said.

The Biden White House is currently focused on fully vetting general counsels, Senate-confirmed posts that are second or third in line at the agencies, the Obama source said. Another priority is federal judges.

In the meantime, the federal government is chugging along with the more than 1,000 nonconfirmed political appointees who were put in place on day one.

Stier called it "a modern-day record — more than the Trump and Obama people had on day 100. They went incredibly fast in getting that first wave into seats."

Shea, who is now a consultant, stressed that those nonconfirmed political appointees were really able to "hit the ground running."

"That helps," he said, adding, "There were a lot of folks in career positions selected by the Trump administration to serve in acting capacities until the Biden nominees emerged."

Shea also said he’s noticed a new job, "senior adviser for delivery," a title he suspects is borrowed from the government in the U.K. The role is to ensure "effective implementation," he said, but it remains unclear how that role will play out.

In general, he said, presidential personnel are interesting positions "because you are trying to staff the administration with what they are qualified for, but a test is political loyalty."

"Everyone will ask, did you vote for the president, did you campaign, donate, do you have a history of supporting the Democratic Party?" he said. "The recent administration tipped the scales toward loyalty and away from qualifications. I say that knowing that in all cases political loyalty is a very important factor, but you don’t want to staff the administration with a bunch of slobs."

To that end, Stier lamented that there isn’t the same level of transparency surrounding the nonconfirmed political posts.

"We really ought to have a lot of full transparency — who is what political job and where," he said. "They are doing work on behalf of the American public. We should know it."