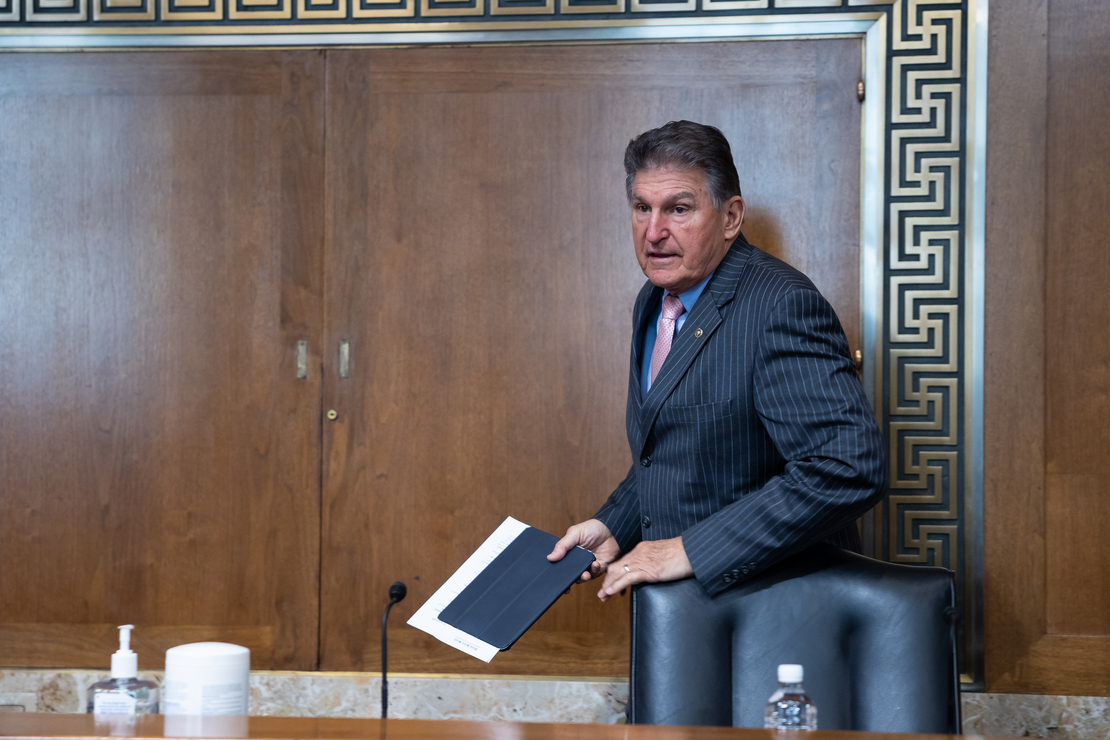 It’s a move that will roil environmental groups, but the bill has a shaky outlook on the floor, with an unusual partnership of progressives and Republicans ready to oppose it.

Manchin’s legislation will be considered as an amendment to the annual National Defense Authorization Act. It’s an attempt to uphold a bargain the West Virginia Democrat made with leadership to vote on his reform of permitting laws for energy projects in exchange for supporting the Inflation Reduction Act in August.

“We’re gonna vote on that amendment. As you know, Republicans have blocked it in the House, even though permitting reform is something that they’ve always supported in the past,” Schumer (D-N.Y.) said. “So I hope they’ll help us.”

Some Senate Republicans have already said they would support Manchin’s bill, but others are maintaining their opposition.

Sens. John Cornyn (R-Texas) and Jim Inhofe (R-Okla.), ranking member of the Armed Services Committee, both indicated Tuesday they would vote against the amendment.

Manchin’s proposal would make it easier to permit energy projects across the board, including fossil fuels and renewables. It would also authorize the Mountain Valley pipeline, a contentious project that has long been a top priority for Manchin and other West Virginia lawmakers.

But he’s had trouble building a coalition to support it. Progressives are furious that Democrats would consider legislation to speed permits for fossil fuel projects, while Republicans oppose Manchin’s attempt to give the federal government more power over transmission permitting.

Those strange bedfellows helped kill Manchin’s initial attempt to pass it as part of a stopgap federal spending bill in September.

He was also unsuccessful at getting it added to the base text of the NDAA when negotiators finalized it this month, which would have virtually ensured its passage.

Instead, Manchin unveiled a new version of his legislation last week that attempted to cater to Republican votes by, among other things, tossing out the transmission provision they had opposed.

In doing so, he may have alienated climate hawks in his own party who argue that building massive amounts of new power lines is key to the energy transition (E&E Daily, Dec. 8).

Amending the behemoth defense bill, which has already passed the House, is also a risky proposition for Senate leaders because it could suck up even more floor time as they scramble to finish up nominations and a potential omnibus spending package before Christmas.

If Manchin’s amendment fails, his last vehicle in the current Congress will be the omnibus, but House progressives are likely to keep up their opposition.

“We’re still trying,” Manchin said Tuesday when asked if he’d consider trying to get his bill tacked onto the omnibus. “Every vehicle’s a vehicle.”