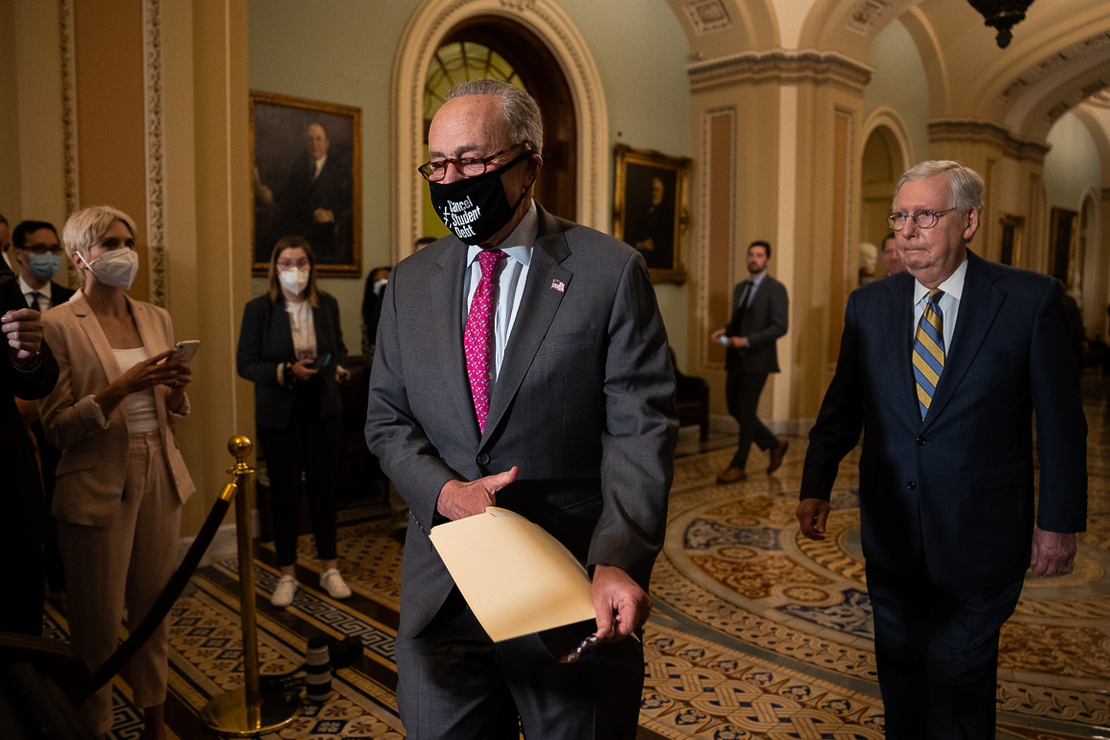 The Senate continued voting on amendments today, inching the bipartisan infrastructure bill closer to passage amid uncertainty about the chamber’s schedule.

Majority Leader Chuck Schumer (D-N.Y.) has been pushing to finish the package this week, but Republicans warned they would oppose efforts to expedite consideration without additional amendment votes.

Minority Leader Mitch McConnell (R-Ky.) said he would whip up opposition if Schumer moves to schedule a procedural vote to wrap up the bill Thursday. Many senators are also looking to attend the funeral for former Sen. Mike Enzi (R-Wyo.) on Friday.

“If the majority leader files cloture today, I’ll be encouraging my colleagues, including the negotiators, not to invoke cloture on Thursday,” McConnell told reporters this afternoon. “If you look at the calendar he’s laid out, we know we’re going to be here next week anyway.”

Still, amendment votes have continued at a relatively brisk pace. Senators rejected on a 20-78 vote an amendment from Sen. Mike Lee (R-Utah) — who has been griping about the bill’s lengthy page count and rushed consideration — to effectively gut the bipartisan deal.

Lee’s proposal would have nixed much of the original bill and instead transferred $120 billion in unused COVID-19 money to the highway trust fund and massively slashed the federal gasoline tax. It would also have overhauled National Environmental Policy Act permitting.

“The bipartisan gang spent months carefully and considerably negotiating this agreement with the White House,” Capito said. “All of these meaningful investments that I talked about yesterday would be gone.”

Lee’s amendment was one of two the Senate voted on earlier today, on top of another pair of amendment votes this afternoon. A proposal for a highway cost allocation study passed 95-3.

“In the words of the immortal James Brown, I feel good,” EPW Chair Tom Carper (D-Del.), who is managing floor debate, said this afternoon when asked about the amendment process.

Democratic leaders want to move the bill and then pass a budget resolution to set up a separate $3.5 trillion reconciliation package before leaving town for the rest of August.

“The Senate is going to stay here until we finish our work,” Schumer told reporters today.