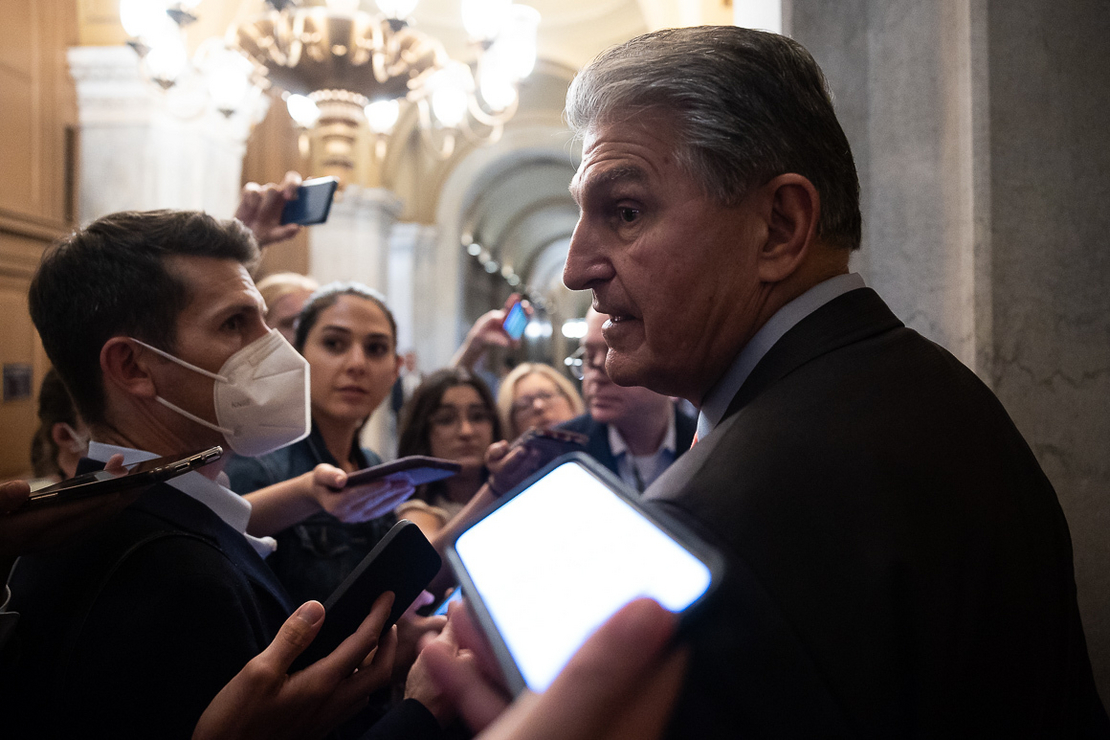 A bipartisan group of senators remains “optimistic” they can strike an infrastructure deal in the coming days, despite suffering a setback yesterday when the Senate blocked the emerging legislation.

The senators insisted they are “close” to agreement with Republicans. They’ve suggested Democrats hold another cloture vote Monday, betting the deal would be done by then and senators would agree to call it up.

“We will continue working hard to ensure we get this critical legislation right — and are optimistic that we will finalize, and be prepared to advance, this historic bipartisan proposal to strengthen America’s infrastructure and create good-paying jobs in the coming days,” said a statement signed by 21 senators who have been meeting behind closed doors for weeks to hatch the agreement.

The comments from the group suggest a bipartisan infrastructure accord remains very much alive in the Senate, even as it suffered its first legislative setback. But it also shows senators are looking for more time to iron out a handful of remaining thorny issues, the biggest being how to pay for a plan expected to cost several hundred billion dollars.

Senate Budget Chair Bernie Sanders (I-Vt.), who is not part of the bipartisan talks, offered to tack on additional items to his $3.5 trillion budget reconciliation bill he expects to move in August as a backup option.

“If the bipartisan bill is not successful, there’s no question that we’re going to have to add roads and bridges, water systems, wastewater plants, broadband and basically all of the proposals that were in the bipartisan bill,” Sanders told reporters yesterday.

Some environmental groups suggested Democrats have waited long enough and urged them to either abolish the filibuster to move the infrastructure bill or attach it to the budget reconciliation package, which could pass the Senate with a simple majority.

Melinda Pierce, legislative director of the Sierra Club, said yesterday’s vote was “the latest proof of the profound extent to which the filibuster is the chief obstacle to enabling Congress to govern our country, and why it needs to go.”

One major outstanding issue to a bipartisan deal is funding for public transit, which would receive $45.5 billion in new spending under the $579 billion bipartisan framework agreed to last month by President Biden and 22 senators from both parties.

Complicating the calculus is the fact that the committee of jurisdiction — the Senate Banking panel — has not produced a transit title for the surface transportation reauthorization legislation.

Both the Environment and Public Works Committee’s surface transportation reauthorization bill, S. 1953, and the Commerce, Science and Transportation panel’s rail and safety title, S. 2016, are anticipated to be included in the bipartisan framework.

Portman lamented the fact that the Banking Committee has not marked up its portion of the surface transportation bill, as the EPW and Commerce committees did.

“It gives us the ability to use that language and pick a bipartisan product and promote it,” Portman told reporters yesterday, adding that it did not appear that Banking would mark up the transit title any time soon.

The GOP proposals are “far too inadequate,” Brown said, saying there was pushback over continuing the 20% share that transit usually receives from federal surface transportation programs.

“There’s been a tradition of fairly good public transit funding, but it doesn’t seem to be on the table from them yet,” he added. “We’re still hopeful.”

It’s unclear how the bipartisan group will resolve the standoff, Brown said. “The problem is if they wait for us to come to an agreement, Sen. Toomey can block the whole bill because his numbers are woefully inadequate,” he said.

Senate Majority Leader Chuck Schumer (D-N.Y.) has said that if the bipartisan package isn’t ready by today that he will offer an amendment that includes the EPW and Commerce committee’s passed surface transportation bills, along with the Energy and Natural Resources Committee’s infrastructure package, S. 2377, and the $35 billion water infrastructure bill, S. 914, which passed the Senate earlier this year. It not yet clear if those bills could advance in one package.

Meanwhile, House Transportation and Infrastructure Chair Peter DeFazio (D-Ore.), who trashed the Senate’s bipartisan push this week, yesterday released a letter to Democratic leaders expressing concerns that there may be limited opportunity for the House to modify the Senate bill should it pass the chamber.

“We believe that the final package will be strengthened by a negotiation that allows House Members to advocate for the programs, policies, and provisions included in the INVEST in America Act,” wrote DeFazio and 29 Democrats on the T&I Committee, referring to the ”INVEST in America Act,” H.R. 3684, that passed the House earlier this month mostly along partisan lines.

Also yesterday, more than 100 House Democrats urged Speaker Nancy Pelosi (D-Calif.) to include funding to replace all lead pipes nationwide, as Biden has called for. “The scope and gravity of this problem demands an immediate and comprehensive national response,” wrote the Democrats, led by Rep. Paul Tonko (D-N.Y.).

They noted that both Biden’s infrastructure proposals and the bipartisan framework pledged to eliminate lead pipes, and called for the funding to do so.

“Such a push to replace lead service lines, along with additional substantial water infrastructure investments, will not only safeguard our health and our environment, it will also provide family-sustaining jobs now while reducing exposure to lead for generations into the future,” the lawmakers said.

Adding another wrinkle to the infrastructure push were comments by Senate Minority Leader Mitch McConnell (R-Ky.), first reported by Punchbowl News, that Democrats should use the reconciliation package to raise the statutory debt limit.

“This debt is Trump debt,” he said on the floor. “It’s COVID debt. Democrats joined three times during the Trump administration to do the responsible thing. And the bottom line is that Leader McConnell should not be playing political games with the full faith and credit of the United States. Americans pay their debts.”

Finance Chair Ron Wyden (D-Ore.) did not directly answer when asked if Democrats would use reconciliation to raise the debt ceiling but accused Republicans of holding the economy “hostage.”

“We’re not going to let it happen,” Wyden told reporters.

Should the U.S. government hit the debt ceiling, it can use “extraordinary measures” to continue to make payments without going into default, but the Congressional Budget Office estimated yesterday those measures would likely run out in October or November.

Nick Sobczyk contributed to this report.