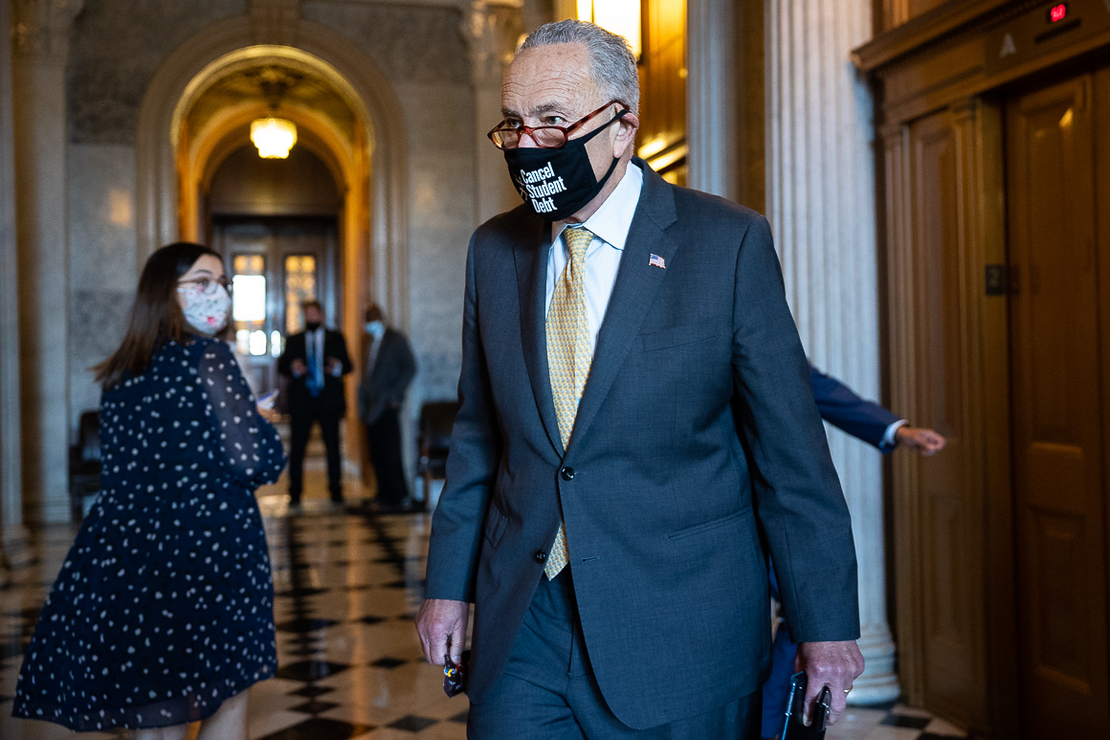 The Senate officially began debate today on the bipartisan infrastructure bill, but it remains in temporary limbo as the two sides attempt to reach agreement on the amendment process.

Majority Leader Chuck Schumer (D-N.Y.) said this afternoon that he was awaiting consent from Republicans to kick off consideration of amendments to the long-awaited bill, which includes $550 billion in new spending.

Once they reach an agreement, the Senate is ready to consider a set of three bipartisan proposals dealing with the telecommunications workforce, Indian health care facilities and federal cost shares for certain grant programs.

“These three amendments will constitute only the first tranche of potential amendments,” Schumer said on the floor. “The Senate can and should consider more amendments.”

Minority Leader Mitch McConnell (R-Ky.), meanwhile, called the text of the bipartisan bill released last night “a good and important jumping off point for what needs to be a robust and bipartisan process out here on the floor.”

But he also warned that the amendment process should not be “choked off by any artificial timetable.” “Just as infrastructure itself is not a luxury but a necessity, the same goes for the Senate having a robust and bipartisan amendment process on legislation of this magnitude,” McConnell said on the floor.

Schumer has said he wants to finish on the bill in “a matter of days.” Democrats are eyeing a vote on a budget resolution immediately following the bipartisan bill so that they can set up their $3.5 trillion reconciliation package before leaving town for the August recess. Further complicating the timeline is the funeral for former Sen. Mike Enzi (R-Wyo.) on Friday, which many senators want to attend.

Democrats are pushing for more EV and climate cash and boosted water funding, which was the subject of a dayslong dispute as the bipartisan group negotiated, in the reconciliation package (E&E Daily, July 30).