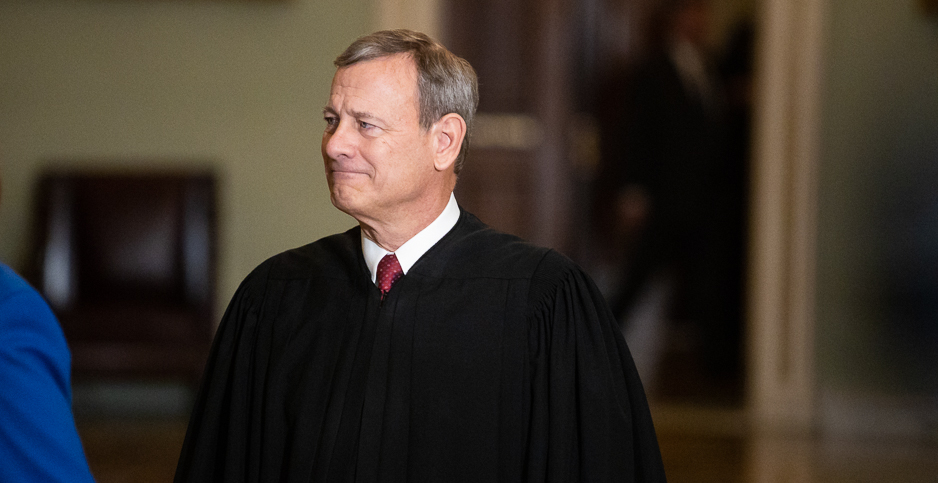 Amid a ceremonial and solemn opening, fresh allegations of misdeeds by President Trump threatened to overshadow the first day of a rare presidential impeachment trial.

Claims also emerged that former Energy Secretary Rick Perry was more involved in the Ukraine scandal than he let on.

Senators, who have yet to hear opening arguments, sparred over a new report from the nonpartisan Government Accountability Office that found the president violated federal law by withholding military aid to Ukraine.

They also traded barbs over explosive remarks from Lev Parnas, an associate of Trump’s attorney, Rudy Giuliani, about the scope of the president’s role in Ukraine affairs.

The back-and-forth came after Chief Justice John Roberts, who will preside over the trial, kicked it off by swearing in 99 senators as they stood at their desks.

Sen. Jim Inhofe (R-Okla.) missed the session because of a family emergency but is expected to return Tuesday when the trial begins in earnest.

Senate Minority Leader Chuck Schumer (D-N.Y.) yesterday cited the report and remarks from Parnas as among the reasons Democrats are eager to hear from White House witnesses.

"Both the revelations about Mr. Parnas and the GAO opinions strengthen our push for witnesses and documents in the trial," Schumer told reporters.

Schumer did not rule out forcing votes on calling witnesses next week when opening statements begin. Republicans control 53 seats, and it would only take four GOP defections for Democrats to win a vote on a motion calling for witnesses.

Senate Majority Leader Mitch McConnell (R-Ky.) is currently drafting a resolution laying out the rules for the trial, which is expected to allow for votes on witnesses after opening statements and senators ask written questions of House impeachment managers and defense lawyers.

Schumer declined to say whether the resolution would satisfy Democrats, noting McConnell has yet to share it.

McConnell did not offer a time frame for releasing the document yesterday, although it would need to be adopted before opening statements Tuesday.

McConnell gave House impeachment managers, the seven members who will argue the case against Trump, until 5 p.m. tomorrow to file their trial brief laying out their claims. He gave Trump’s lawyers until noon Monday to file their rebuttal.

The GAO analysis concluded the White House Office of Management and Budget withholding appropriated aid to Ukraine — the basis of the impeachment inquiry — was unlawful.

Sen. Chris Van Hollen (D-Md.) said the findings are "obviously a very important part of the evidence that will be before the Senate during the trial."

But Senate Republicans downplayed the significance of the GAO’s conclusion. Senate Appropriation Chairman Richard Shelby (R-Ala.) called the timing of the report "suspicious," coming as the trial kicks off.

Shelby said he could not recall the GAO engaging in past "partisan fights." He said it would probably not have much impact.

"It probably does not help GAO over the long term," added Shelby, who controls the agency’s purse strings.

Sen. John Cornyn (R-Texas) noted the GAO ruling was on a civil, not criminal, matter. "I don’t think that changes anything," he told reporters yesterday. He acknowledged, however, "I think we’re going to hear some more about it."

"He had a lot to say," Van Hollen said. "It’s important that people determine the credibility of his statements, but it just underscores again why it’s so important to get people sworn in under penalty of perjury, like the witnesses in the House, so that we can have the full story and get to the truth."

Last night, Parnas appeared again on MSNBC and, as expected, made accusations against Perry, saying the former Energy secretary was part of pushing the Ukrainians to go after the Bidens.

Perry has denied wrongdoing and has said his activities in Ukraine were related to shared energy interests.

Schumer said yesterday he was open to calling Parnas but said other witnesses are his priority.

He also did not completely rule out calling Hunter Biden, a move Republicans have sought in exchange for calling other witnesses. The younger Biden had a lucrative seat on the board of Ukrainian energy firm Burisma Holdings Ltd.

Sen. Lisa Murkowski (R-Alaska), who told reporters she had not read the GAO report and was unfamiliar with Parnas’ comments, said she would defer judgment on witnesses and additional evidence until after hearing the opening arguments from both sides and written questions are submitted.

"We’ll have an opportunity then to determine do we need more," Murkowski said after being sworn in.

Sen. Kevin Cramer (R-N.D.), however, said he thought some witnesses would be called. "I think they’re pretty likely," he said.

Trump, for his part, showed no signs of backing off his push for a speedy trial or staying off social media. He addressed the phone call with Ukraine’s president that helped spark the scandal.

As senators were sworn in, the president tweeted, "I JUST GOT IMPEACHED FOR MAKING A PERFECT PHONE CALL!"