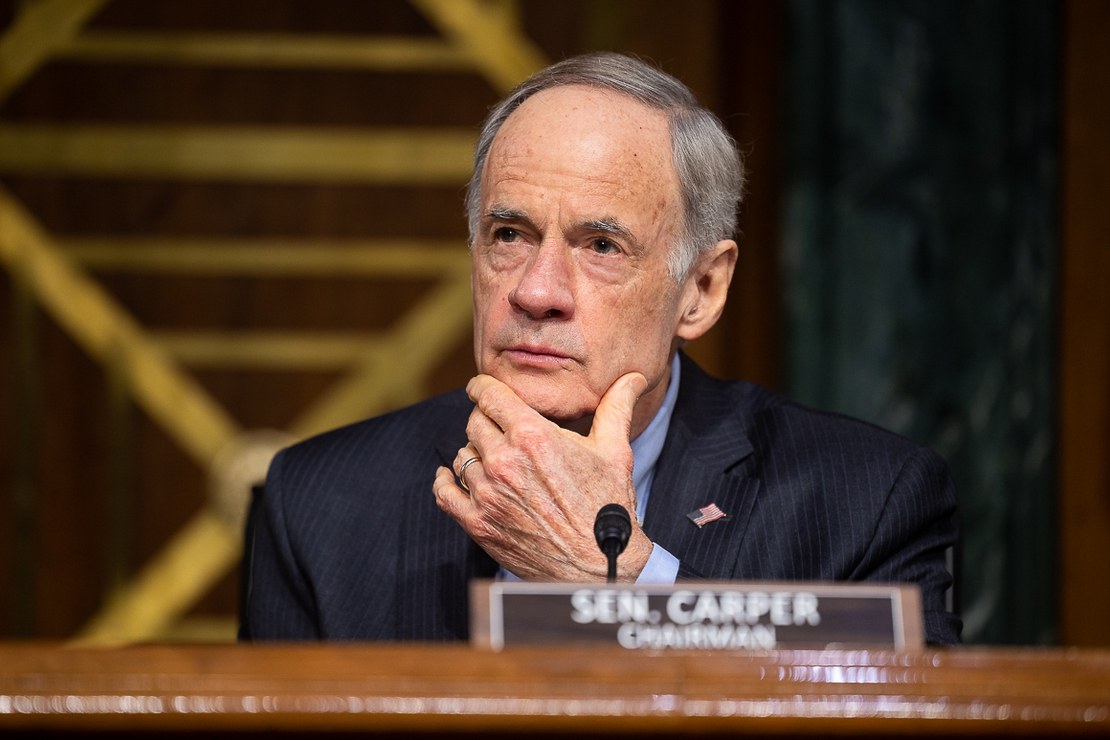 Senators plan to roll out a draft water infrastructure bill today that will serve as a vehicle for bipartisan provisions that aim to protect the nation’s coasts against widespread, deadly flooding and storm surge tied to climate change.

The Senate Environment and Public Works Committee is planning to release a draft 2022 Water Resources Development Act. Known as WRDA, the legislation has a long track record of passing both chambers and making its way to the president’s desk every two years.

The bill provides a blueprint for how the Army Corps of Engineers conducts some of the nation’s largest and most ambitious flood control, navigation and ecosystem restoration initiatives.

Senate EPW Chair Tom Carper (D-Del.) is planning to release a version of WRDA that will be marked up on May 4 and will include language to revamp the way the Army Corps addresses climate change and equity for disadvantaged, rural and tribal communities.

Specifically, the bill would elevate coastal protection and ecosystem restoration and make it a primary mission of the corps. The measure would also promote the development of sustainable projects, authorize the corps to address repetitive drought conditions and conserve water supplies.

Provisions fall in line with bipartisan legislation, the “Shoreline Health Oversight, Restoration, Resilience and Enhancement (SHORRE) Act,” S. 3624, which Carper is sponsoring along with Republican Sen. Bill Cassidy of Louisiana. A sister bill, H.R. 6705, backed by Democratic Rep. Lisa Blunt Rochester of Delaware and Republican Rep. Garret Graves of Louisiana, is moving through the House.

Those lawmakers have long been planning to attach their legislation to WRDA, and touted the “SHORRE Act” as a way to give the Army Corps sufficient money and authority to protect coastal communities (E&E Daily, March 17).