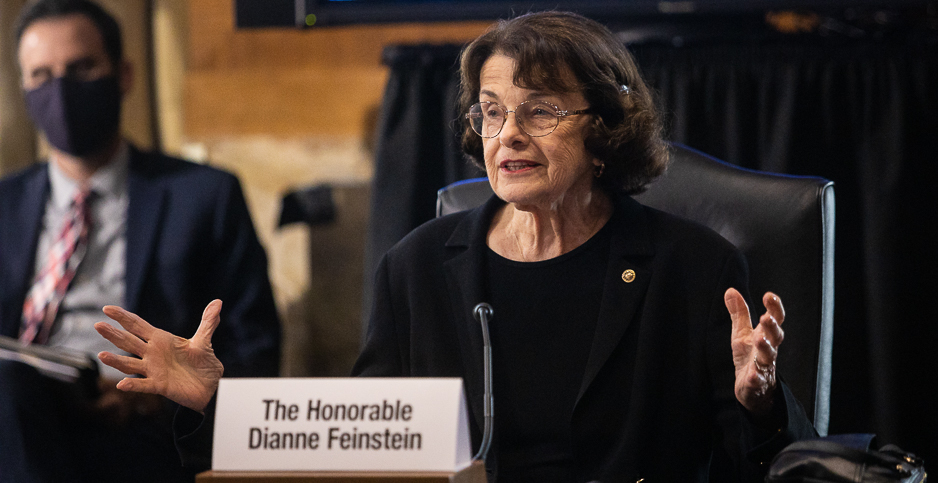 Congress must change its approach to managing forests for wildfire, Sen. Dianne Feinstein (D-Calif.) told a Senate subcommittee as record fires tore through hundreds of thousands of acres in her home state.

"We can’t just sit here and do nothing," Feinstein said at a Senate Energy and Natural Resources subcommittee hearing that highlighted lawmakers’ enduring difficulty agreeing on forest policy.

Feinstein testified on a bill she and Sen. Steve Daines (R-Mont.) have proposed, S. 4431, that would speed some environmental reviews in national forests and ease a potential hurdle for forest management projects when endangered species might be affected. It has support — with a few exceptions — from the Forest Service, the agency said.

Yesterday’s hearing was the first public forum for the bill, which also has bipartisan companion legislation in the the House. While the two senators have been working for months on the legislation — and the issues have been in play for several years — the latest wildfires have given their effort more visibility.

The Daines-Feinstein measure may not be the exact solution Congress has struggled to reach — the Forest Service said it has trouble with significant provisions but supports the goals — yet it represents a middle ground between Republicans wanting to dismantle environmental laws and Democrats refusing to adjust them.

"We have to change our approach in dealing with wildfire and how we manage our forests," Feinstein said, adding that four of the five biggest wildfires in California history have burned this year. That includes the largest, consuming 875,000 acres in the Mendocino National Forest.

Daines defended the proposal from charges by some environmental groups that it circumvents reviews under the National Environmental Policy Act. Lawmakers can all agree, he said, that wildfires show a need for a "bold, broad, bipartisan solution."

Feinstein said climate change is making wildfires worse but that the bill takes on more immediate causes of such blazes.

The bill would loosen some environmental requirements, in certain situations, without the big changes to NEPA that would drive away Democratic supporters.

It proposes a new categorical exclusion from NEPA for the removal of dead and dying trees, and would give California an exemption from laws that prevent the export of such material to foreign countries.

But it’s too restrictive in the types of landscapes where the fire breaks could be cleared, the Forest Service said in prepared testimony from Deputy Chief Chris French.

The agency also expressed reservations about the lawmakers’ approach to how the Forest Service consults with other agencies about the effects of forest projects on endangered species.

The bill would free the Forest Service of a court-imposed requirement from 2015 that it consult again with the Fish and Wildlife Service on land management plans when new information emerges about potential effects — a requirement that brought objections from both the Obama and Trump administrations.

But the definition of "new information" is a point of discussion, and the service said the provision "raises significant issues" to work out with the sponsors.

The Interior Department also said it supports the goal and intent of the bill but objects to some details, such as limiting some of the provisions to only lands overseen by the Agriculture Department.

Much of the forest work the bill encourages already occurs on the Forest Service’s 193 million acres of woods and grassland, and Sen. Debbie Stabenow (D-Mich.), pressed French to talk about budget constraints that limit those activities; she said the Trump administration has repeatedly proposed cuts to programs that would speed some forest restoration.

"It’s about resources," Stabenow said, adding that farm bills in 2014 and 2018 that she helped write expanded the agency’s categorical exclusions under NEPA.

The Forest Service uses those exclusions, French said, adding that fuels reduction projects take an average of 240 days to review with the expedited approach — down from 685 days.

"I just know that we need to do a lot more," he said. "In order to do more acres, we need the resources to do those acres."