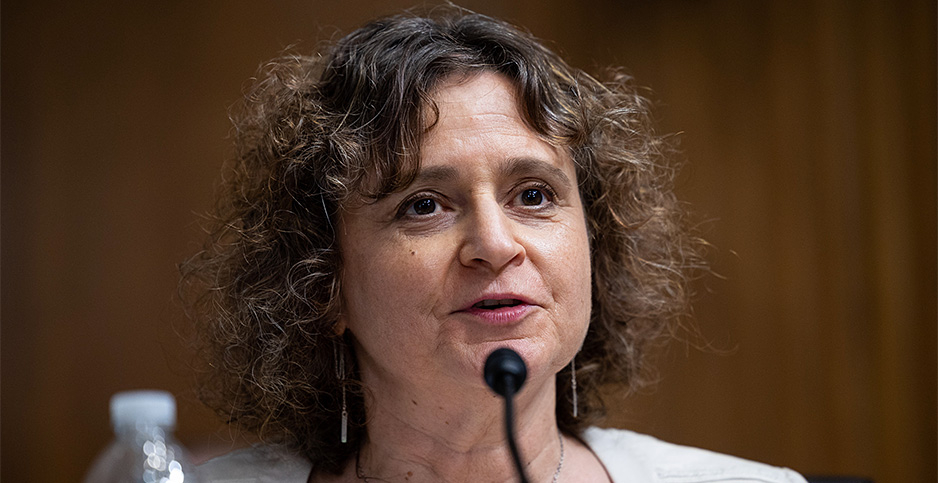 A senior Bureau of Land Management official will not testify at an appeals hearing this week involving a former BLM employee who claims he was fired after raising environmental concerns about a massive Trump-era Wyoming oil and gas drilling project.

Administrative Law Judge Samantha Black yesterday ruled that Nada Culver, BLM’s deputy director of policy and programs, is not required to testify at the Merit Systems Protection Board hearing because it is likely that anything she would say is already available in the record.

Culver was set to testify today on the details of a July 2019 comment letter she co-authored while serving as a senior official with the National Audubon Society that attorneys for the former BLM employee say mirror the concerns that their client, Walter Loewen, raised about the Converse County Oil and Gas Project while working on the bureau’s analysis of the project that was ultimately approved (E&E News PM, Feb. 11).

But Interior Department attorneys last week filed a formal motion seeking to preclude Culver from being compelled to testify in Loewen’s appeals hearing.

“Appellant has not articulated any reason why the testimony of Nada Culver … is relevant or necessary for this proceeding,” the motion stated. “Indeed, Appellant has failed to identify any information that he believes Ms. Culver alone possesses that is relevant to this case.”

Interior said in its motion that Loewen was fired in November 2021 “based on his unacceptable performance and failure to follow instructions.”

Peter Jenkins, a senior counsel for Public Employees for Environmental Responsibility, which is representing Loewen in the matter, countered in a separate motion that Culver’s testimony on the formal comments she co-authored and submitted to BLM in 2019 would help corroborate Loewen’s concerns that he reported to his superiors about impacts to migratory birds if the 5,000-well project moved forward. This would help undermine BLM’s contention that his termination was justified, he said.

Culver and John Rader, a conservation advocate with the Wyoming Outdoor Council, wrote in their formal analysis of the project that BLM needed to develop a migratory bird conservation plan that “would establish and evaluate conservation measures for raptors, require monitoring, and establish adaptive management protocols.”

The National Audubon Society and the Wyoming Outdoor Council opposed the project as proposed “because of the increased adverse impacts to raptors it would allow,” they wrote.

They also bemoaned the lack of timing restrictions on drilling activity to protect migratory birds, just as Loewen had done.

Loewen, a former planning and environmental specialist who was working on BLM’s review of the proposed project, has long claimed he was a whistleblower and that he was disciplined for raising concerns about raptors, as well as BLM’s failure to address the issue in its review of the drilling project.

Black, however, disagreed that Culver’s testimony is critical to Loewen’s case.

Black wrote in her order yesterday that she has already allowed Culver’s written comments to be included as evidence in the appeals hearing.

Thus, she wrote, “I find Culver’s testimony would mostly be duplicative of evidence already in the record.”

Loewen’s appeals hearing is scheduled for today and tomorrow. Black is expected to rule on the case in the coming weeks.

The whistleblower case has garnered attention, in part, because the massive Converse County drilling project has been controversial.

Indeed, the record of decision approving the project in December 2020, signed by former Interior Secretary David Bernhardt, came amid the Trump administration’s efforts to revise the Migratory Bird Treaty Act to, among other things, exempt oil and gas companies if birds were accidentally killed during the process of normal operations.