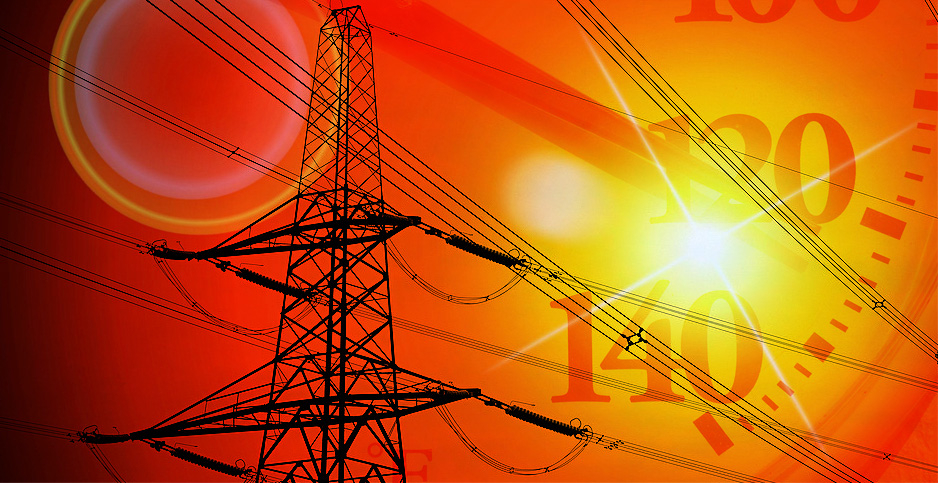 Record-setting heat and drought gripping the western United States are exposing a potentially severe risk to the nation’s long-term power supply, and experts warn that grid operators lack sufficient tools to plan and carry out a defense.

A future of worsening water scarcity in heat-blistered parts of the United States could imperil fossil fuel power plants and nuclear reactors that depend on enormous quantities of fresh water in their operations, according to a report by a group of analysts from the Energy Department’s National Renewable Energy Laboratory and other researchers.

The report, published in May, describes one threat scenario in which extreme drought draws down water levels in 30 reservoirs in Texas, disrupting operations of one-fifth of the state’s water-dependent power plants. Such extreme conditions, the report said, could lead to "significant capacity disruptions."

The authors aren’t making predictions for this summer, which is already off to a punishing start in the western U.S. In fact, grid operators and researchers don’t have the sophisticated computer modeling capacity needed to provide advance warning of grid dangers from extreme weather onslaughts, the report concludes.

Nationwide, more than 70% of the 1,100 gigawatts of U.S. power plant capacity requires cooling, and half of that supply comes from fresh surface water. All told, power plants suck up almost half of all fresh water used nationwide, and their operations can be curtailed if water levels in reservoirs, lakes or rivers drop too low, or discharges of heated water from plants raise water temperatures too high.

Persistent drought also threatens power from hydroelectric dams in the West, a critical resource for California during extended heat waves. Water levels are so low at Lake Oroville, California’s second-largest reservoir, that officials are considering shutting down a hydroelectric plant there (Greenwire, June 3).

In the Golden State, the one-two punch of dwindling water supplies and intense heat is stressing a grid that usually gets 15% of its energy from in-state hydroelectric dams, as well as imports through the Pacific Northwest, Elliot Mainzer, CEO and president of the California Independent System Operator, said at a virtual U.S. Energy Association event on Friday.

Mainzer said last year in California was a "wake-up call" regarding how heat, drought and high electricity demand can stress the system even as the state pushes to decarbonize by 2045. A root cause analysis of those drought conditions highlighted that the state’s existing resource planning processes are not designed to fully address an extreme heat storm like the one experienced in mid-August of 2020, which led to rotating power blackouts for over 800,000 customers (Energywire, Oct. 8, 2020).

Mainzer said that although CAISO took data from last year and refreshed its forecasts, the West is already seeing record-breaking temperatures at the beginning of summer.

"We’re entering this new normal," he said. "Trying to bring a greater sense of uncertainty and volatility into the load forecasting and resource forecasting is going to be critical."

The Texas study found that power plants relying on reservoirs for cooling water are "exposed to a unique form of risk" because severe drought can deplete those resources and force operators to derate or take the plants offline.

"If this occurs at multiple locations across a large region, there is a threat of power shortage and managed curtailment," the authors wrote.

The complex analysis — a combination of runoff data from hydroclimate simulations, mapping that data to specific watersheds, and modeling reservoir capacity — demonstrates that such risks are "present in a major power grid of the United States," the study authors wrote, while emphasizing that the level of risk for specific plants hinges on complex assumptions made about what reservoir levels could trigger disruption.

"It’s not just the heat. When it’s combined with significant drought, which we’re starting to see in the West, you could start to see hydro resources start to be impacted," said Houston-based Wayne Muncaster, head of U.S. operations for GridBeyond, a power sector services provider.

The dependability of reservoir cooling water was severely tested during the Texas drought of 2011, the state’s driest summer on record with the highest-ever number of days with temperatures exceeding 100 degrees Fahrenheit, the NREL report said.

That caused "significant reservoir depletion below 50% storage capacity across multiple reservoirs simultaneously," it said. Although serious plant outages were avoided, the event is considered "a near miss," the report concluded.

In an interview with E&E News, Ariel Miara and Stuart Cohen, two NREL analysts involved in the Texas study, emphasized that a trend toward more severe drought underscores the importance of studying water resources, at-risk power plants and the extent of potential outages.

Miara was also a co-author of a 2019 report that looked at how a warming climate could impinge on water use by fossil and nuclear plants. The study estimated that the capacity of U.S. generating plants by 2050 could shrink by between 5% and 12% because of water restrictions (Energywire, Nov. 26, 2019).

Another study in 2017 found that almost a third of the nation’s power production could be severely affected by so-called water stress by the 2030s.

While some grid operators have begun to incorporate drought forecasts and climate change into their long-term planning, organizations overseeing the nation’s grid as a whole are still struggling to capture a clearer picture of future risks, even as storms grow stronger and temperatures climb.

"In some cases, the utilities and operators know what they need to do, but it’s an issue of investment and funding to make sure the grid is resilient," said Miara. "They are not always able or willing to make those investments."

While the body of research surrounding dry conditions and thirsty power plants has grown over the past decade, there’s no window into how severe drought affects individual power plants.

"There are not immediate tools for assessing the immediate challenge to power plants … by the current drought," said Vincent Tidwell, a hydrologist at the Sandia National Laboratories in New Mexico.

But Tidwell said the pace of research and collaboration on weather threats is accelerating among grid planners.

Texas grid operators, for example, developed a monitoring tool to screen for potential drought-related impacts on generation resources up to 18 months into the future using reservoir and lake levels throughout the state, as well as historical trends in water use.

A similar process is underway across the western U.S. to understand how prolonged drought will affect the grid, said Tidwell. Researchers at DOE are also working with the Western Electricity Coordinating Council, or WECC, which monitors grid reliability and security across the West, to integrate water and climate data into their 20-year transmission planning, he said.

"That’s not historically been their area of expertise, so we’ve been able to come in and provide some of that support," he said.

Tidwell said there’s been a "disconnect" in the past in the federal government’s approach to addressing the relationship between water resources and power production, but he sees a greater degree of synergy around data collection, analysis and dissemination as climate change worsens.

He pointed to increased collaboration between the U.S. Geological Survey and the U.S. Energy Information Administration to ensure better data is collected and shared with both water managers and power plant operators.

Tidwell said he’s also working with water resource managers at the Bureau of Reclamation, using federal data to look at the water-energy nexus throughout the San Juan River Basin, which is part of the broader Colorado River system.

Several years ago, "DOE began realizing it’s a lot more than just hydropower, [that] thermoelectric, many of our coal and many of our natural gas and oil and nuclear power plants all require water for their cooling systems," said Tidwell. "In fact, the largest user of water in the United States is thermoelectric power production."

The result: a documented uptick in emissions.

In 2018, a study published in the journal Environmental Research Letters found that drought-stricken regions saw a substantial uptick in emissions, particularly carbon dioxide, as they grappled with water supply issues.

According to the study, between 2001 and 2015, drought-driven emissions accounted for around 10% of the total power-sector carbon pollution in a handful of Western states, including California, Idaho, Washington and Oregon (Climatewire, Dec. 21, 2018).

Mainzer, the president of CAISO, said California currently relies on natural gas for 27,000 megawatts, or 40% of its generation. While the state is committed to weaning itself off the fossil fuel to bring on clean energy, Mainzer acknowledged that gas will play a critical role for the foreseeable future.

Tyler Hodge, a senior economist in the Office of Energy Analysis at EIA, said the entirety of WECC is expected to produce 150 terawatt-hours of hydroelectricity this year, about 9% less than last year, which also experienced water supply issues, and the lowest level since the last major drought in 2015.

Hodge said the likely replacement for that lost hydropower is costly fossil fuels with higher emissions.

"That’s when you have situations like this Western drought," he said, "that can leave the industry to rely more on natural gas, which itself is actually reaching higher prices now — so that’ll tend to increase wholesale electricity prices."

Mainzer said grid officials are looking to establish a greater reserve of capacity — including batteries and imports from across the region — to "buffer" the system against what he said are weather conditions that may be settling in "potentially for the long term in the West."

He pointed to the state’s old thermoelectric plants that are stressed under hot conditions and may not be available during severe droughts, which should prompt the state to beef up its reserve margin.

"The uncertainty variable is absolutely something we have to bake into our planning," he said.