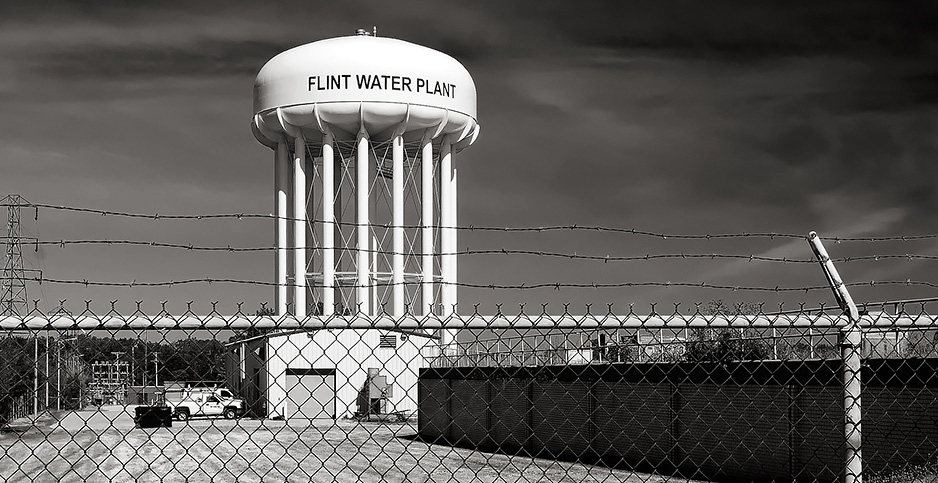 The Michigan Supreme Court said residents of Flint, Mich., can pursue a class action lawsuit against city and state officials for their role in a 2014 decision that caused lead contamination in drinking water. George Thomas/Flickr

Residents of Flint, Mich., yesterday secured approval from the state’s highest court to pursue claims in a class action lawsuit that faults government officials for a drinking water crisis that harmed both property values and bodily health.

Four justices for the Michigan Supreme Court said Melissa Mays and other Flint water users and landowners had presented enough evidence to pursue property damage claims against former Gov. Rick Snyder (R) and other state and municipal officials for their role in a 2014 decision to use the Flint River as the source of the city’s drinking water, despite a 2011 study cautioning against such a switch.

"Their allegations paint a picture of a public health crisis of the government’s own making, intentionally concealed by state actors despite their knowledge that Flint residents were being harmed so long as the untreated water continued to flow through their pipes," Justice Richard Bernstein wrote in the lead opinion in the case, which was joined by four justices in whole and one justice in part.

"We find it difficult to characterize the actions that defendants allegedly took as anything short of shocking to the conscience."

Justice David Viviano joined the lead opinion but noted that the right not to be exposed to lead-contaminated water "is not deeply rooted in our nation’s history and tradition, and plaintiffs have not alleged conduct on behalf of defendants that shocks the conscience."

Justice Stephen Markman, joined by two colleagues, said he would have found the Flint challengers’ lawsuit untimely. Justice Elizabeth Clement did not participate in the case because she previously served as chief legal counsel for Snyder.

Flint residents can now move forward with litigation in state and federal court that has been in the works for years, said Julie Hurwitz, a civil rights attorney representing the challengers.

"This was the state’s last ditch effort to prevent the people of Flint from getting some justice from the state itself," said Hurwitz, a president and partner at the firm Goodman & Hurwitz PC.

Elin Betanzo, founder of the consulting firm Safe Water Engineering LLC, who helped uncover the extent of lead contamination in drinking water in Flint, praised the court’s decision to allow the lawsuit to advance as a "huge step forward" but said it doesn’t resolve the ongoing problems city residents face.

"It’s finally a little breakthrough here in getting some justice for what happened in Flint," she said. "It’s been way too long for the people in Flint to be suffering from this water crisis as we speak."

Flint resident Mona Munroe-Younis said she has had to spend thousands of dollars to ensure that her home water supply is free of lead. She celebrated the Michigan Supreme Court’s ruling.

"This long-awaited decision was essential for our justice system to work, for the healing of the Flint community, and to send a broader signal to environmental polluters that their actions will not be tolerated, excused or ignored," she wrote in an email.

"Justice has yet to come for Flint, but this is an important step in that journey."

A spokesperson for Michigan Attorney General Dana Nessel (D) said the office is reviewing the decision.