Should we change Earth to halt warming? Scientists say maybe 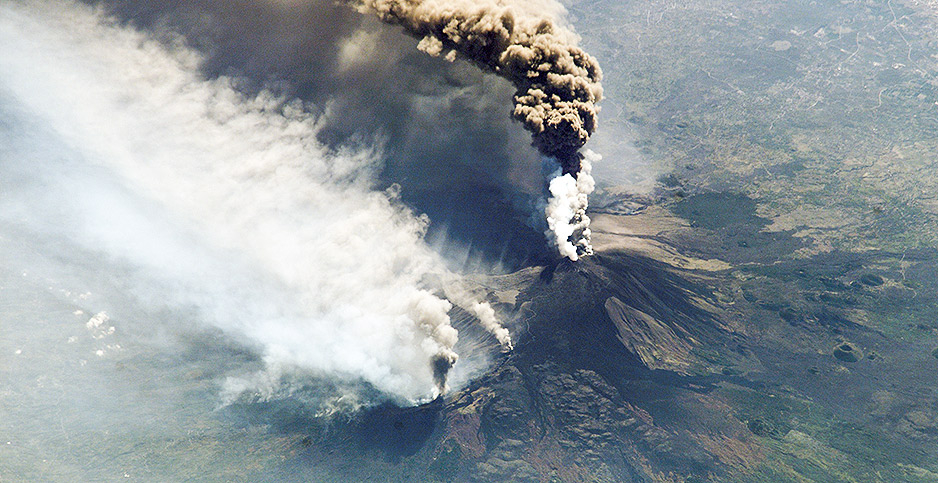 BOULDER, Colo. — On most days here, a small team of scientists uses a global climate model to explore a scenario that begins 23 years from now. It starts in 2040 after a series of shocks have finally roused the world to take immediate action against the escalating effects of climate change.

To billions of people who live in coastal cities, by 2040, sea-level rise has become obvious, dangerous and costly as governments ponder how and where to move people out of harm’s way, according to the scenario. They have had some recent experience to draw upon because rising water from melting polar ice has already made many small island nations uninhabitable, forcing multiple rescue efforts and triggering mass migrations to nations that agreed to take the refugees.

And that was only one link of a rapidly forming chain of emergencies that finally convinced all major world powers to take more drastic steps. They have deployed technology to shade the Earth against the sun’s increasingly heat and have tried using machines that remove carbon dioxide from the atmosphere around the clock.

"That was the idea of this paper," explained Simone Tilmes, an atmospheric chemist at the National Center for Atmospheric Research (NCAR). "What if we start late on this large-scale mitigation? What can we do then?"

Tilmes’ first study, which emerged last fall, argued that rapid decarbonization of the atmosphere is necessary. It has gained more attention now that the Trump administration has rejected the Paris Agreement. The pact, agreed to by 195 nations, calls for keeping global temperatures from rising more than 2 degrees Celsius (3.6 degrees Fahrenheit) above the world’s preindustrial levels.

The second study assumes that by 2040, with greenhouse gases still accumulating on a business-as-usual basis, the 2 C barrier settled upon at Paris has already been reached and many people are enduring extreme events that are near or beyond recorded human experience.

"What you’re seeing right now as record events would be very common in the future," said Jadwiga Richter, an expert on the dynamics of the atmosphere who is working with Tilmes and others on the new study.

This one will explore the side effects of geoengineering, or man-made attempts to reduce the results of the planet’s warming.

Impacts include sea-level rise, melting of polar ice and permafrost, massive forest fires, record-setting heat levels, extreme drought, and heavy precipitation that can happen when what scientists call the globe’s hydrologic cycle gets out of kilter.

The ideas of injecting aerosols such as sulfate particles into the stratosphere to shade the Earth, or developing machines such as "man-made trees" that more efficiently ingest CO2 from the atmosphere, have been discussed for decades. The ongoing Tilmes-Richter study doesn’t pick potential winners among the technologies, which remain undeveloped, but explores their likely side effects.

Their studies show that if geoengineering works, it will be imperfect. Some dangers, such as the increasing acidification of the oceans, which threatens seafood industries, and others, like rising global temperatures — which also threaten food supplies — may not be stopped until after 2100, when sufficient CO2 has been removed from the atmosphere.

Meanwhile, aerosols, or tiny particles that can reflect the rays of the sun, and other man-made attempts to drop temperatures will affect the weather — and they might be blamed for helping to cause extreme events or creating imbalances in nature.

One scholarly paper has already examined the risks involved. One example is the possibility of delaying or preventing the monsoon that annually waters Pakistan’s crops. The result could be famine. Another impact could be nuclear war if Pakistan suspects that its traditional enemy, India, had some hand in manipulating the weather.

Tilmes, Richter and their team are working on new ways that those effects could be potentially minimized to make geoengineering approaches safer.

Defenders of geoengineering argue that Mother Nature has already proved the effectiveness of using sulfates to cool the Earth, efforts that could eventually slow the melting of polar ice sheets and reduce extreme weather events. They point to big volcanic eruptions such as Mount Pinatubo, the Philippine volcano that exploded in June 1991, throwing a cubic mile of ash and other debris into the sky.

Pinatubo’s annual emissions after that outburst launched over 10 million tons of sulfur dioxide into the stratosphere, where it circled the Earth and dimmed the sun. It is estimated to have dropped global average temperatures by almost a degree Fahrenheit (0.5 C) between 1991 and 1993.

Scientists like Tilmes and others estimate that it would take at least 1 ½ times that much sulfur each year to effectively cool the Earth by injecting it into the stratosphere on a daily basis. One possibility is launching it by aircraft, but scientists differ on the necessary amounts. Estimates of the number of aircraft flights needed for the 11-mile journey into the stratosphere vary from 6,700 per day to four times that many, depending on which climate models are being used.

The cost of doing all that would be expensive, Tilmes pointed out. But it will be cheap compared with continuing to do nothing, because computer models show that by 2040, business-as-usual carbon emissions threaten to drive temperatures "off the rails" to the point at which parts of the Earth will be less able to support large populations.

"When we start too late, it is likely that only with geoengineering can we stabilize the climate," Tilmes said.

"But it’s a huge risk if we don’t know what we’re doing," she added, noting that much more research is needed to understand the side effects of using aerosols like sulfur dioxide to dim the sun.

Some scientists worry that other chemicals caused by human activities to be placed in the stratosphere could complicate matters. They include freon and other gases used as refrigerants or propellants for hair spray that contain chlorine and have produced a reoccurring ozone hole over Antarctica every year. These gases may react with sulfur or other materials injected for solar dimming and possibly delay the recovery of the ozone hole.

A team of scientists from Harvard University is preparing to launch an experiment from a balloon next year for a series of small tests in the stratosphere to see how realistic this threat might be (Climatewire, June 14).

Not a solution, just ‘painkillers’

The National Science Foundation, which sponsors NCAR’s work, played a substantial role in an earlier science and political drama that began in 1973 when U.S. scientists began to suspect the ozone layer, which protects humans against skin cancer and other damage from infrared rays of the sun, was in danger. The foundation commissioned tests that verified their suspicions, but industry groups denounced ozone-destruction fears as "rubbish."

Then, in 1987, after British scientists discovered that the ozone layer over the South Pole was indeed being depleted, the United States and other countries organized and signed the Montreal Protocol, an agreement that began to ban the use of ozone-depleting chemicals. The ozone layer began recovering.

The potential flap over geoengineering, as time goes on, may become much sharper and longer-lasting than that, especially if the U.S. government continues to side with climate skeptics. According to one U.S. official involved in the debates who asked not to be quoted, whether U.S. government agencies should become involved in geoengineering tests was regarded as a political "hot potato" during the Obama administration, well before the Trump administration began nurturing doubts about established climate science.

The Harvard researchers have emphasized that even if all the risks of geoengineering could be reduced to acceptable levels, solar dimming and CO2 extraction from the atmosphere are not, by themselves, solutions to climate change. "Geoengineering is like taking painkillers," Frank Keutsch, an atmospheric chemist at Harvard, said in a meeting with scientists here recently.

"When things are really bad, painkillers can help, but they don’t address the cause of a disease, and they may cause more harm than good," he said. "We really don’t know the effects of geoengineering, but that is why we’re doing this research."

What Tilmes and Richter are finding with their computer model research is that there will be plenty of pain to go around, particularly if the Paris Agreement does not result in substantial action.

"Harvard is just the beginning," said Tilmes. Scientists in the United Kingdom and Germany are already using computer models to understand the risks and the benefits of a fallback position, such as geoengineering. "China is very interested in the topic."

But waiting until 2040 as the Earth continues to warm may require a lengthy period of geoengineering and perhaps a century or more of life with extreme weather events before the Earth’s average temperature returns to the limit of 2 C called for in the Paris Agreement.

Last year, Tilmes and other researchers produced a chart showing that early implementation of the Paris Agreement, with nations pushing faster mitigation of greenhouse gas emissions — which have already begun declining in Europe and the United States — could begin to drop world temperatures before 2040 and eliminate the need for geoengineering.

"It would be far better to figure out how to do this now and not wait until 2040," said Richter.