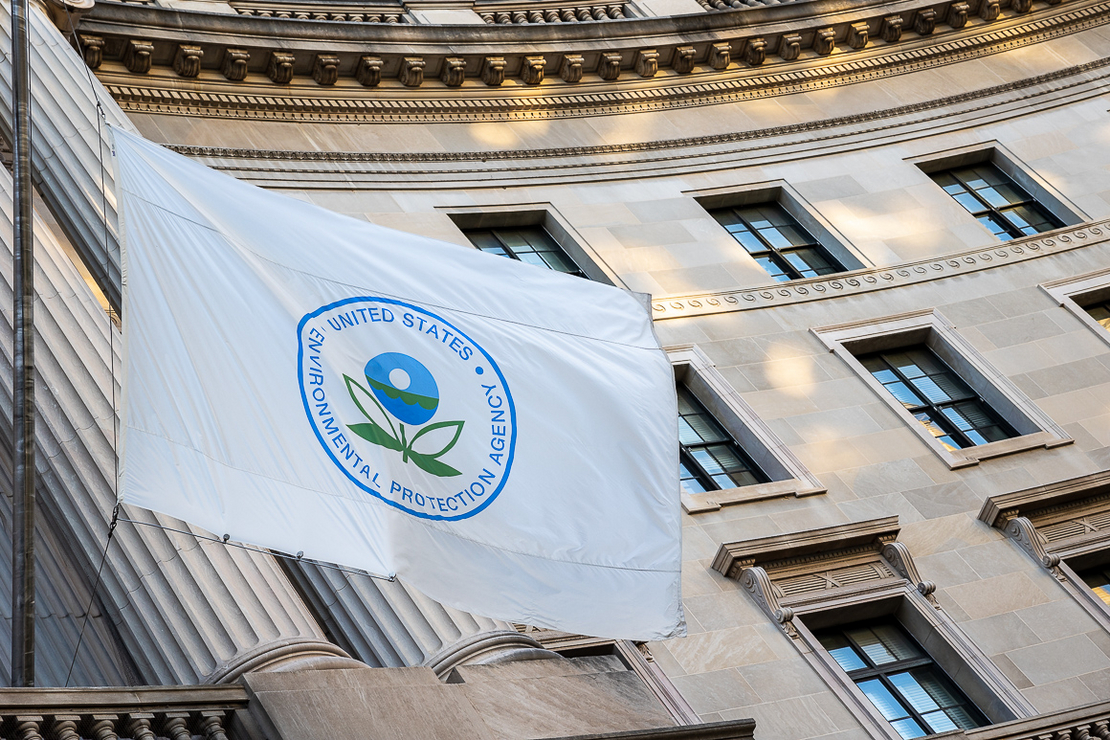 EPA has a consequential year ahead as it advances far-reaching regulations and defends gains made during the Biden administration that now face empowered Republican lawmakers on Capitol Hill.

Since coming to office, President Joe Biden has secured historic funding for the agency through his signature legislation, the Bipartisan Infrastructure Law and the Inflation Reduction Act. In 2023, EPA will manage billions of dollars under those measures while pushing forward on significant rules on climate change and water protection.

It is a lot to ask of EPA with the agency still recovering from the tumult of the prior administration.

“I think EPA is still in the business of rebuilding in terms of scientific personnel and highly experienced professionals to compensate, to make up, to replace the ones who were lost during the Trump years,” William Reilly, who served as EPA administrator during the George H.W. Bush administration, told E&E News.

Joseph Brazauskas, who led EPA’s congressional and intergovernmental relations office during the Trump administration, said the agency has much it wants to accomplish and little time to do it. Beyond moving a big regulatory package, EPA is also standing up a national program office for environmental justice, which will require a Senate-confirmed leader.

“They’re going to be doing this during the first meaningful congressional oversight that the Biden administration will have to face,” said Brazauskas, now a principal at the Policy Resolution Group at Bracewell LLP. “They have a big test and a lot to do.”

The funding pouring into the agency in the years ahead is unprecedented. In a holiday message to EPA staff last month, Administrator Michael Regan said more than $40 billion under the Inflation Reduction Act is coming to the agency to support new and existing programs, on top of $60 billion from the infrastructure law.

“The work we do now is more important than ever, and with this funding, we now have more resources than ever to advance our mission further and faster,” Regan said in the internal email obtained by E&E News. “So, together, we’re going to keep going. And keep fighting for all people and the planet. Let’s go!”

Funds from the laws will go toward repairing water systems, cleaning up Superfund sites, providing electric school buses, installing zero-emission technology at ports and setting up air monitors, among other tasks. Further, Regan announced on Tuesday the availability of $100 million in environmental justice block grants from EPA, which are part of a new $3 billion program established under the Inflation Reduction Act (Greenwire, Jan. 10).

Betsy Southerland, once a longtime EPA official who led the water program’s Office of Science and Technology, said she doesn’t know how the Republican-led House could undo the two laws that have emboldened EPA.

“They really have given EPA authorities and resources, which will minimize the disruption the House will do,” said Southerland, now a member of the Environmental Protection Network, a group of former EPA staff that tracks the agency.

“I think people are putting their shoulder to the wheel to get that work accomplished,” Howell said. “We have our marching orders from the president and Congress.”

“The support that Congress and the President have shown for our work — and, importantly, the confidence they have in EPA’s career team — is reflected throughout this funding bill,” Regan said.

Yet EPA’s core programs supported by annual appropriations will still struggle given the latest omnibus bill, according to former agency employees.

“Everybody is just desperate for staff,” Southerland said, adding that the agency lacking the needed workforce level is still a “crisis.”

“EPA’s resources have been in long-term decline,” said David Coursen, a former EPA attorney and another EPN member. “There is a deficit, and the deficit has not been bridged. Whatever happens in the next two years, that isn’t going to be fixed.”

EPA had 14,844 employees this January, EPA spokesperson Tim Carroll said. The agency has about 3 percent more staff, or a net gain of 467 employees, compared with January 2021.

Carroll added that those figures include both permanent and temporary employees and exclude public health officers, experts, consultants and advisory committee members.

Help to boost EPA’s ranks won’t come from the Republican-led House. GOP lawmakers are expected to propose cuts, not increases, for EPA and other agencies, which will have to be reconciled with the Democratic-controlled Senate.

“Across the board, Republicans have put a line in the sand on new spending,” Brazauskas said.

Reilly, however, is not as worried as some are about EPA.

“One of the extraordinary realities, which got very little attention over the Trump years, is the response of the Republican Congress to the annual submission of Trump’s bills of his proposed budgets,” Reilly said, noting the prior administration’s budget plans would have drastically slashed funding for EPA.

“The Republican Congress paid no attention to it. They simply put it back,” Reilly said. “They basically kept the budget and the staffing relatively constant.”

EPA staffers, however, have worries about the divided Congress being unable to agree on spending. That could lead to a federal government shutdown when funding expires Sept. 30. Thousands of federal employees would then be furloughed until more funds were approved.

“I think concerns are when people hear shutdowns and the failure to raise the debt limit,” Howell said.

EPA has a busy regulatory year ahead in 2023.

The agency’s proposed rules to curb power plants’ carbon emissions are expected this year. So are drinking water standards for PFOA and PFOS along with the final Superfund hazardous substance designation for both of those “forever chemicals,” with more potentially set for regulation.

And EPA is planning a second rulemaking for its “Waters of the United States” rule, which remains a flashpoint for Republicans on Capitol Hill. Last month, the agency and the Army Corps of Engineers released their definition of WOTUS, determining which wetlands and waterways fall under protection from the Clean Water Act (Greenwire, Jan. 5).

Brazauskas said EPA will propose several regulations that are national in scale. It may have to adjust to the Supreme Court’s ruling in West Virginia v. EPA, which limited the agency’s authority on how to deal with climate change.

“It will be really interesting to see how the agency reacts to that and how they interpret it,” Brazauskas said.

He added that the House Energy and Commerce Committee, a powerful panel that oversees EPA, is likely to zero in on any new regulation as well.

“I believe they are going to be taking a broad-brush look at the rules coming out of the agency,” Brazauskas said.

The judiciary will likely play a part too in EPA’s 2023. Reilly said any forthcoming WOTUS rule may have to account for the Supreme Court decision on Sackett v. EPA, which is expected this summer.

“I suspect that they’re going to have to revisit the ‘Waters of the United States’ definition,” Reilly said. “I’m anticipating the Supreme Court is not going to sustain a broad interpretation of the statute for that.”

Now entering the third year of the Biden administration, EPA still does not have its full slate of political leadership in place.

The Senate returned three agency nominees to the president at the end of last Congress. Those were Joe Goffman, nominated to lead EPA’s air office; David Uhlmann, picked to be the agency’s top enforcement official; and Carlton Waterhouse, selected to head the solid waste office.

2023 could be their year. After the midterm elections, Democrats lost the House but kept control of the Senate, even gaining a seat.

That should change the committees’ membership split, giving Democrats one more seat on each panel, making it easier to advance Biden’s nominees onto confirmation, including his EPA picks.

“In the Senate, I have high hopes that we will get the three assistant administrators confirmed,” Southerland said.

Biden, however, will have to renominate the three EPA picks to start the confirmation process anew. Goffman, Uhlmann and Waterhouse, who all have been waiting months for approval since they were first nominated, have already had confirmation hearings but would again need votes in the Senate Environment and Public Works Committee and then on the Senate floor to be confirmed.

In addition, the president will have to nominate an assistant administrator to lead the new environmental justice office at EPA, who will also need Senate confirmation.

A spokesperson for Sen. Tom Carper (D-Del.), the EPW chair, said the senator remains focused on ensuring EPA has the resources and leadership needed to implement the investments made under the infrastructure law and the Inflation Reduction Act.

“In the 118th Congress, Senator Carper will continue to work with his Democratic colleagues in the Senate majority and Senate Republicans to confirm President Biden’s nominees for critical leadership positions at EPA,” the Carper spokesperson said.

Sen. Joe Manchin (D-W.Va.) has opposed some of Biden’s nominees in the past, including EPA Deputy Administrator Janet McCabe. But with 51 Democrats now in the Senate, his vote is no longer needed for confirmation.

“I think that the Biden administration has a bit more of a glide path now in the Senate,” Brazauskas said. “They don’t need Sen. Manchin to get those nominees across the finish line.”

The White House is planning to move quickly on nominees in the weeks ahead.

“We will continue to seek the swift confirmation of many other crucial, highly qualified nominees to serve across the administration,” White House spokesperson Emilie Simons said. “And we will be making a significant number of additional renominations in the coming weeks.”