Shutdown damage may linger for years 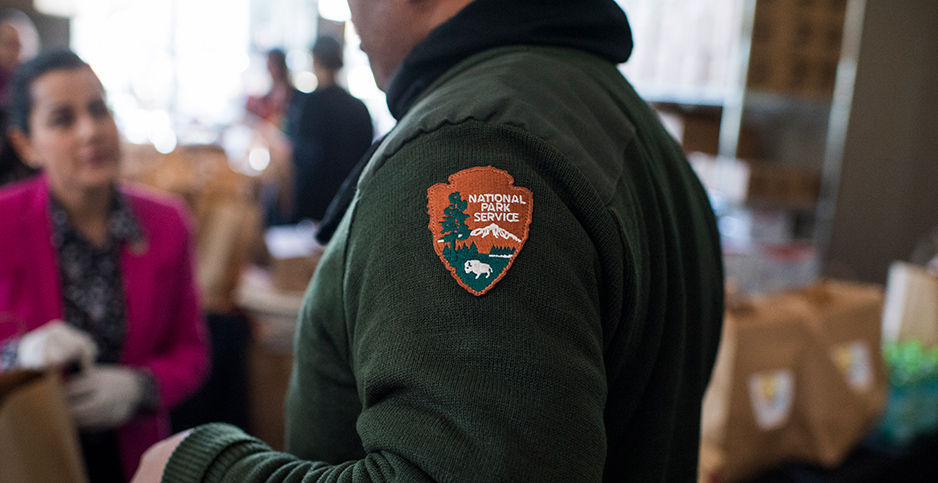 The National Park Service faced a daunting task of assessing the damage from the long government shutdown as parks began reopening this weekend and employees began digging out from a month’s worth of accumulated snow and garbage.

NPS’s acting director, P. Daniel Smith, said that some parks may not reopen immediately and that schedules would depend "on staff size and complexity of operations." But he said: "We will work to open all parks as quickly as possible."

Park employees began logging the widespread damage caused by vandals and unsupervised visitors at some of the nation’s most popular parks that remained open during the five-week shutdown, usually with few workers on hand. The full cost of damages, broken or delayed contracts, lost visitor fees, and other issues brought on by the 35-day shutdown remains unknown so far.

The National Mall and Memorial Parks and Yellowstone National Park resumed normal operations over the weekend, while others moved more slowly.

At Mount Rainier National Park in Washington, officials said it could take days to get rid of the snow and make roads accessible.

National Mall and Memorial Parks was one of the first to announce a schedule for reopening its sites. The Ford’s Theater National Historic Site and Belmont-Paul Women’s Equality National Monument were the last of those to open, at 10 a.m. yesterday.

At Joshua Tree National Park in California, which became the public face of the shutdown, employees had to remove razed Joshua trees and graffiti, clean up trash and human waste that overflowed on trails and in toilets, and repair park sites where vehicles made new roads in the desert sand.

"Now is when the real work begins," said Theresa Pierno, president and CEO for the National Parks Conservation Association. "The damage done to our parks will be felt for weeks, months or even years."

Diane Regas, president of the Trust for Public Land, said that President Trump and Congress could take "the right next step" by funding the parks for a full year, removing the threat of another shutdown in three weeks.

"We now need an immediate, comprehensive assessment of the damages our parks suffered during the shutdown and urge Congress to provide supplemental funding to the National Park Service to cover the costs of cleanup and repair at every affected unit," she said.

Many of the parks had already started cleanup and repairs, using revenue from their entry and visitor fees, but getting back to normal operating conditions could be a lengthy process.

With so much uncertainty, Smith urged visitors to contact individual parks or visit park websites for their opening schedules and the latest information on accessibility and visitor services.

At Yellowstone, regular operations resumed at 11 a.m. yesterday, and park employees began once again collecting entrance fees. The park expected most of its furloughed staff to return to work today, and officials said they would begin tackling a backlog of applications for special-use permits, including permits needed for research and commercial uses.

"The park asks for patience as employees work to reopen facilities and operations in a manner that is safe for them and the public," Yellowstone officials said in a statement. "There is a lot of snow removal needed around buildings and safety checks that must be completed."

At Mount Rainier, officials said vehicles could enter the park at its Nisqually Entrance and get as far as Longmire, but they said it would take many days to restore two-way vehicle access to Paradise.

Jonathan Jarvis, the former NPS director under President Obama, told a panel of House Democratic leaders earlier this month that it could easily take more than a year to recover from the shutdown. He said one of the largest effects would be a slowdown in the hiring of thousands of temporary summer employees.

The shutdown is also likely to lead to longer construction projects, which could mean more interruptions for park visitors during the busy summer months.

Dan Wenk, Yellowstone’s former superintendent, said the park normally uses the winter season to do its maintenance and to repair facilities. He said shutdowns hit park contractors and subcontractors alike and can force the Park Service to lengthen and renegotiate contracts, interrupting construction schedules and raising costs.

"We are especially grateful to have the dedicated men and women of the National Park Service back at work, serving the American people and welcoming visitors to their monuments and memorials," said Mike Litterst, acting chief spokesman for the Park Service.