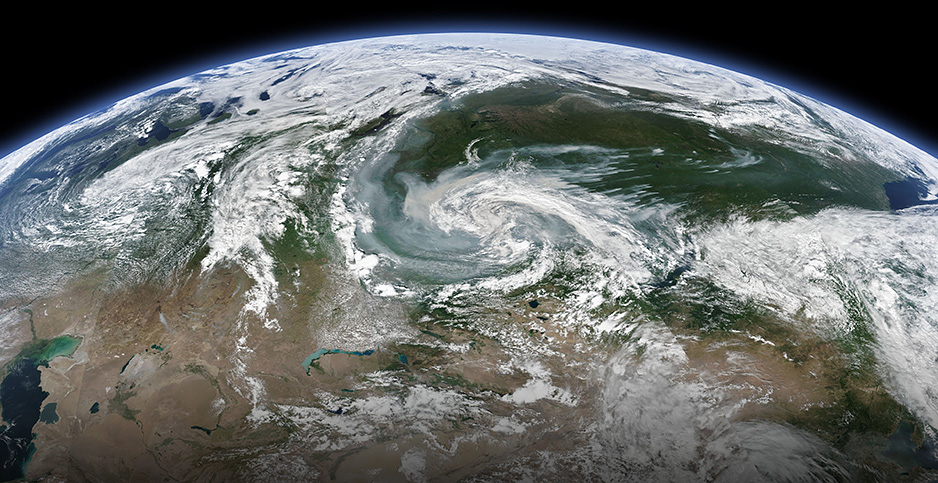 Record-breaking heat in the Siberian Arctic this year would have been nearly impossible without the influence of human-caused climate change, scientists said yesterday.

It’s another reminder of the profound transformations global warming is inflicting in the northernmost parts of the world.

Temperatures in Siberia have been higher than average for most of the year. Snow cover has dwindled due to the heat. Wildfire season kicked off to an early start this spring, with blazes dwarfing last year’s record-breaking infernos by April.

Temperatures skyrocketed to unprecedented heights last month. The Russian town of Verkhoyansk reached a record 100.4 degrees Fahrenheit on June 20, making it the northernmost place in the world ever to top 100 F. Ice in the Laptev Sea dropped to record-low levels for this time of year.

Across the Siberian Arctic, temperatures hovered around 9 F higher than their average levels between January and June.

According to a study released yesterday by a consortium of climate research groups known as World Weather Attribution, climate change made the heat wave in the first half of this year at least 600 times more likely to occur than in a world with no global warming.

These temperatures "would have been effectively impossible without human influence," Andrew Ciavarella, a climate scientist at the United Kingdom’s Meteorological Office who led the international team of authors, said in a briefing yesterday.

The findings represent some of the strongest results of any attribution study conducted by World Weather Attribution.

If the same heat wave had occurred about 100 years ago, it would have likely been at least 2 F cooler. Even today, the magnitude of the heat wave is remarkable. In the present climate, such an event should still occur only about once every 130 years.

The study also suggests that the record-breaking temperatures at Verkhoyansk were made more likely by climate change — potentially by thousands of times — although these results are less certain.

The historical climate record does show, with confidence, that maximum June temperatures for this region of Siberia have increased by at least 1.8 F since the preindustrial era, and possibly by as much as 3.6 F.

The new study falls into the research category known as attribution science. These are studies that examine the link between extreme events, like heat waves or hurricanes, and climate change.

World Weather Attribution specializes in these kinds of studies, often releasing them shortly after a notable event has occurred. The study has not yet been subject to peer review, but it’s based on a well-established method that’s been used in hundreds of attribution studies in recent years.

"We analyzed large collections of simulations from more than 70 climate models consisting of many thousands of simulated years along with observed national records to estimate the changing likelihood and intensity of events like those recently experienced in Siberia," said Ciavarella.

While the study focused on the temperatures in Siberia, the heat wave itself was brought on by a complex series of meteorological events.

In the early part of the year, from January until April or so, a strong polar vortex and lower-than-average pressure over the Arctic Ocean contributed to mild temperatures over Siberia throughout much of the winter. They helped prime the region for the extreme heat that would follow in the coming months.

"So, warm Siberia leads to early snowmelt — the snow melts early, melting snow contributes to moisture in the soil, so the snow disappears early, the soils dry out, so you have just warm temperatures, dry soil," said Judah Cohen, a scientist with the analytics firm Atmospheric and Environmental Research. "And that just is much more favorable for when you get the right weather pattern or circulation pattern to heat up more than normal."

This system resulted in a kind of "heat dome" over the region, sending temperatures soaring. The low snow cover and dry soil likely made the heat even worse than it might have been after a colder, more typical winter.

The study didn’t delve into the effects of climate change on these kinds of meteorological conditions — just the magnitude of the heat itself. But some scientists believe that persistent high-pressure systems, which often lead to extreme summer heat waves, may happen more often as the world continues to warm.

Cohen was not involved with the new study but has devoted some of his own research to the links between Arctic climate change and persistent weather patterns in the Northern Hemisphere.

While the idea is still debated among climate scientists, some research suggests that Arctic warming may disrupt certain large-scale atmospheric circulation patterns — for instance, the flow of the jet stream — in ways that may make these kinds of long-lasting "heat domes" occur more frequently.

Recently, the Siberian heat dome finally moved out of the area and drifted up into the central Arctic — an unusual but not unheard-of turn of events, according to Cohen. It’s been speeding up the annual summer melting of sea ice in the Arctic Ocean, he noted.

Meanwhile, back in Siberia, the extreme heat has raised the alarm about the threat of more hot summers in the future.

In addition to low snow cover, low sea ice along the Siberian coast and raging wildfires on the landscape, the high temperatures may also speed up the thawing of permafrost, which can soften the landscape, threaten infrastructure and release large amounts of greenhouse gases into the atmosphere.

These events are likely to become a greater concern in the coming decades. The study also used climate models to look at the forecast for the future. By 2050, it suggests that temperatures in Siberia will likely rise by nearly another degree Fahrenheit and potentially by as much as 9 F in an extreme case.

"At the moment, for the current climate, such a prolonged heat wave we assessed would still be unlikely," said Sarah Kew, a scientist with the Royal Netherlands Meteorological Institute and another of the study’s authors. "But without rapid cuts in greenhouse gas emissions, they risk becoming frequent by the end of the century."