Sierra Club takes on the racism of founder John Muir 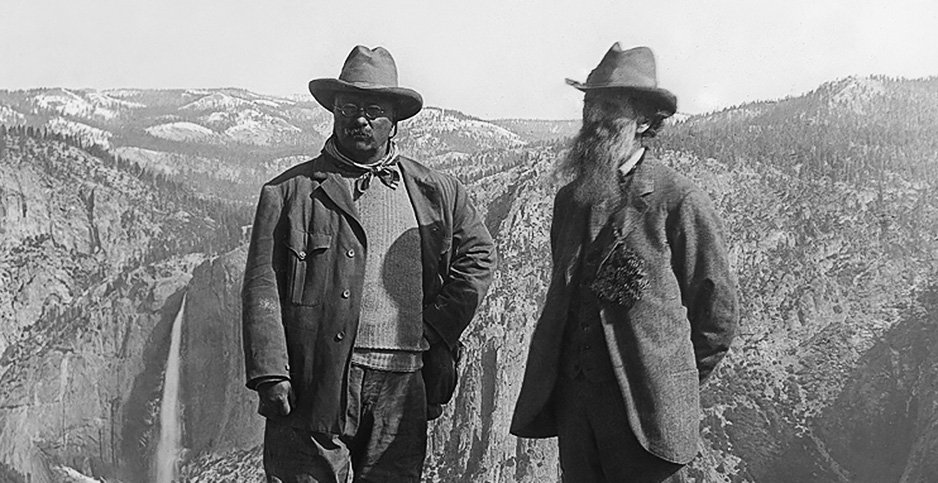 The Sierra Club is attempting to reckon with the racist views of its co-founder, legendary naturalist John Muir.

"It’s time to take down some of our own monuments, starting with some truth-telling about the Sierra Club’s early history," Sierra Club Executive Director Michael Brune wrote in a blog post, referring to nationwide efforts to tear down statues of Confederate leaders and other figures with complicated and racist histories.

The announcement is the most significant move by an environmental group to address systemic racism after the killings of George Floyd and other Black Americans sparked widespread protests across the country.

Brune’s post seemed to speak of monuments both metaphorically and in reality — discussing Muir’s problematic past and the organization’s plans to consider renaming or removing some of the nation’s many Muir monuments.

Muir also was "not immune" to the racism in the early conservation movement, Brune added.

"As the most iconic figure in Sierra Club history, Muir’s words and actions carry an especially heavy weight," Brune wrote. "They continue to hurt and alienate Indigenous people and people of color who come into contact with the Sierra Club."

Muir, a Scottish immigrant, is perhaps the country’s most renowned conservationist. His writings about California’s Sierra Nevada grabbed the attention of politicians, including President Theodore Roosevelt, who visited the area with Muir in 1903.

His efforts were hugely effective in creating the National Park System, including the Yosemite and Sequoia parks.

However, as Brune noted, the conservation movement of the era was steeped in racist ideology. The movement found motivation in preserving the wilderness for the enjoyment of a white aristocracy — while excluding others.

Muir repeatedly denigrated Native Americans who lived on the lands he cherished, referring to them as "dirty." And he notoriously used the derogatory term "sambos" referring to African Americans.

"Muir, in his own words, in writing, was racist," Carolyn Finney, an author who has written extensively on race in the outdoors, told E&E News last month. "He wasn’t simply biased. He was racist" (Greenwire, June 25).

The Sierra Club had other prominent members who espoused racist views.

David Starr Jordan, who was on the club’s board during Muir’s presidency, was a "kingpin" of the eugenics movement, Brune noted, including advocating for the forced-sterilization laws that affected predominantly Black, Latina and Indigenous women. He also co-founded the Human Betterment Foundation, which produced research later taken up by Nazis.

In its early years, the Sierra Club was "basically a mountaineering club" for white people, Brune wrote.

"The whiteness and privilege of our early membership fed into a very dangerous idea — one that’s still circulating today," Brune wrote. "It’s the idea that exploring, enjoying, and protecting the outdoors can be separated from human affairs. Such willful ignorance is what allows some people to shut their eyes to the reality that the wild places we love are also the ancestral homelands of Native peoples, forced off their lands in the decades or centuries before they became national parks."

The Sierra Club’s announcement came as the environmental movement is grappling with its history on race.

Green 2.0, a group dedicated to diversity in the environmental movement, issued a study in 2014 that found only 12.4% of the major environmental groups’ employees were people of color. It concluded that the movement was "an overwhelmingly white Green Insiders’ Club."

Groups have made progress, however, including the Sierra Club. It has hired more people of color to senior positions, including electing its first Latino President, Ramón Cruz, in May.

Others have credited the Sierra Club for reaching out to communities of color and increasing its environmental justice work under Brune, as well as increasing staff training on race and bias.

In its 2019 update, Green 2.0 noted progress, including increased diversity on boards. But it added more should be done.

"Though the 2019 numbers are encouraging," it said, "Green 2.0 cautions against declaring victory" (Greenwire, June 5).

Those problems were highlighted recently when Ruth Tyson penned a scathing resignation letter at the Union of Concerned Scientists that painted a culture dominated by white men.

"The truth is," she wrote, "that while I’ve been able to connect with many wonderful people, and learn so much, it was really stressful and traumatic for me working here and I hope no other Black people ever have to share this pain" (Greenwire, June 8).

"I know that apologies are empty unless accompanied by a commitment to change. I am making that commitment, publicly, right now," Brune wrote.

The Sierra Club will change its leadership so that "Black, Indigenous, and other leaders of color … make up the majority of the team making top-level organizational decisions."

He said similar changes will spread through the rest of the organization and that he is asking the board to approve shifting $5 million in the next year for racial justice work, as well as "investments in our staff of color." That will include training and other human resources initiatives.

As for the monuments, "We will also spend the next year studying our history and determining which of our monuments need to be renamed or pulled down entirely," Brune wrote.