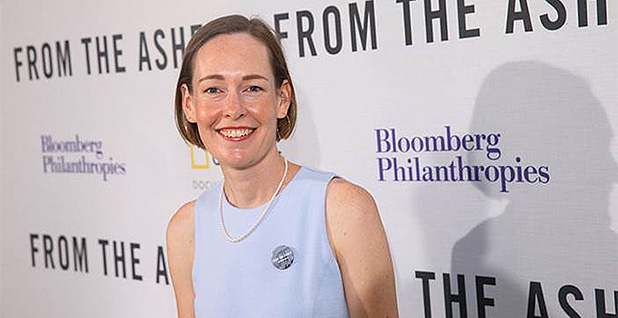 As director of the Sierra Club’s Beyond Coal campaign, Hitt has worked tirelessly to force the retirement of coal-fired power plants around the country.

Despite President Trump’s promise to revive the struggling fossil fuel industry, her work seems to be paying off. Since Trump took office, nearly 300 coal plants have been earmarked for retirement.

Still, Hitt is quick to acknowledge the Sierra Club can’t take all the credit. The plant closures have been spurred along by grassroots advocates as well as market forces, such as the influx of inexpensive natural gas and renewables.

"It’s now cheaper to build new clean energy than to run an existing coal plant in most parts of the country," Hitt said in a recent interview. "And those economics are not going to turn back in coal’s favor."

What are some of the Beyond Coal campaign’s recent accomplishments?

Since 2010, it’s been announced that 299 coal plants are set to retire. We’ll actually reach coal plant number 300 any day now. That is over half the coal plants in the United States announced to retire. And there is a great deal of clean, renewable energy coming online to replace all that coal.

We’re working nationwide. We currently think about two-thirds of the coal plants in the U.S. that were online back in 2010 are candidates for retirement. So wherever those coal plants are located, we’re working in those places.

I think the coal industry in the United States is in an irreversible decline that’s going to continue. And there are a couple of reasons for that. One is the American people are demanding clean energy. We now have seven states plus the District of Columbia and Puerto Rico with 100% clean energy legislation and over 130 cities that have made 100% clean energy commitments. The second reason is the markets. It’s now cheaper to build new clean energy than to run an existing coal plant in most parts of the country. And those economics are not going to turn back in coal’s favor.

What’s it like living in West Virginia and working on the Beyond Coal campaign there? Is it hard living in a place where you’re the minority when it comes to politics and stance on coal?

I would just say that I would love to see Joe Manchin use all of his political power and his position of leadership to lead the charge for a just transition here in Appalachia, to be honest with his constituents that coal isn’t coming back, and to throw all of his weight behind diversifying our economy and bringing sustainable new industries and job opportunities into the region. I think that’s where we really need his leadership right now.

What do you make of Republicans’ efforts to blame President Obama for the "war on coal"?

So in closing some of those loopholes, the Obama administration saved a lot of lives and cleaned up the air and the water in a lot of places. I think it’s a great legacy. And I think the phrase "war on coal" was a marketing ploy by the coal industry to try to prevent being held accountable for its pollution. And those days are over. They are going to be held accountable.

Since Trump was elected, 61 additional coal plants have announced retirement. And 60 have actually retired. So I think it’s clear that his promise to bring back coal was an empty political promise that he didn’t have any plan to deliver.

We fight very hard with every coal retirement to have that coal plant replaced with 100% clean energy. And fortunately, there is increasing momentum behind renewable energy. We are increasingly seeing utilities opt to replace coal with clean energy instead of gas. But of course, that is not always the case. And having a coal plant replaced with gas is not the outcome we’re looking for in our work.

I do my best to be mindful of the privilege I have in my position here at a big organization. And I’m always open to learning and doing better if there are places where we could do a better job of making sure all of our amazing partners are recognized for their incredible work.

I’m a musician, and my husband and I play a lot of bluegrass and Americana music with our friends. We’ve been in various bands over the years. I can play some instruments, but I’m not great at any of them.