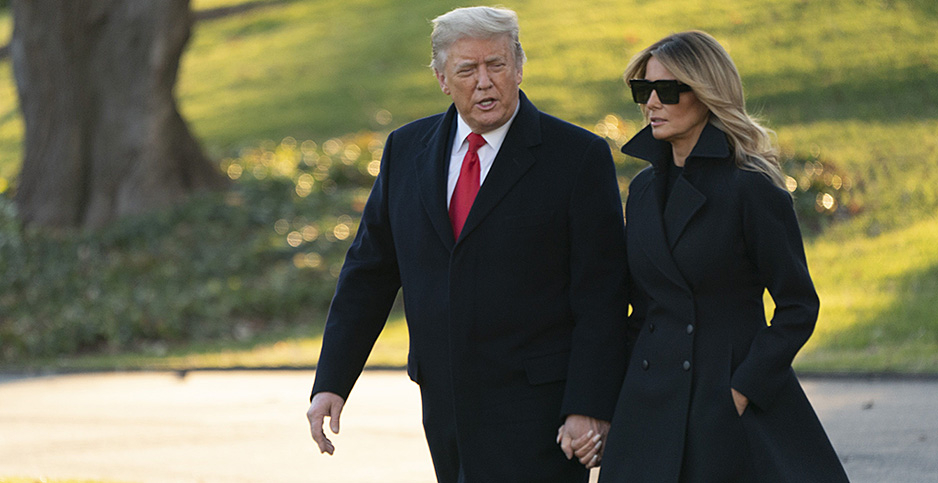 In doing so, Trump prevented a government shutdown that would have kicked in tonight while also enacting an assortment of energy and environmental provisions that lawmakers negotiated in the closing days of the 116th Congress.

The president’s about-face followed days of insisting that the $600 payments for individuals contained in the pandemic relief part of the measure were insufficient, with Trump calling the overall package a "disgrace."

The president also railed against wasteful spending in the bill, including foreign aid assistance and other provisions (Greenwire, Dec. 23).

But in a surprise statement last night, Trump announced he had signed the bill. Some observers had expected the president to keep people in suspense until at least tonight.

"As president of the United States it is my responsibility to protect the people of our country from the economic devastation and hardship that was caused by the China Virus," Trump said, referencing COVID-19.

"I understand that many small businesses have been forced to close as a result of harsh actions by Democrat-run states," said Trump. "Many people are back to work, but my job is not done until everyone is back to work."

Trump said he was "demanding many rescissions" under a 1974 law that allows the president to withhold appropriated funds in some circumstances — if Congress approves.

"I will sign the Omnibus and Covid package with a strong message that makes clear to Congress that wasteful items need to be removed," Trump said. "I will send back to Congress a redlined version, item by item, accompanied by the formal rescission request to Congress insisting that those funds be removed from the bill."

"The House Appropriations Committee has jurisdiction over rescissions, and our Democratic majority will reject any rescissions submitted by President Trump," Lowey said in a statement. "By turning the page on this request, we will allow the Biden-Harris Administration to begin to Build Back Better."

Democrats last week quickly embraced Trump’s call to increase the direct payments to $2,000, which will be voted on in the House later today after Republicans blocked a motion to pass the measure unanimously last week.

"Now, the president must immediately call on Congressional Republicans to end their obstruction and to join him and Democrats in support of our stand-alone legislation to increase direct payment checks to $2,000," Speaker Nancy Pelosi (D-Calif.) said yesterday in a statement.

"Every Republican vote against this bill is a vote to deny the financial hardship that families face and to deny the American people the relief they need."

The House will also vote today to override Trump’s veto of the fiscal 2021 National Defense Authorization Act, which the president rejected in part because it did not repeal a law that protects social media companies from liability suits.

If the House veto override is successful, the Senate is expected to follow suit in the coming days, although the timing is unclear. The chamber meets at noon tomorrow.

Trump yesterday signaled that the Senate will begin the process for a vote on his demands to boost direct payments, a repeal of the Section 230 social media shield, as well as launching "an investigation into voter fraud."

"Big Tech must not get protections of Section 230! Voter Fraud must be fixed! Much more money is coming. I will never give up my fight for the American people!" the president’s statement concluded.

However, Senate Republicans have resisted the direct payment push and included zero funds for checks in their most recent relief package.

In a statement, Senate Majority Leader Mitch McConnell (R-Ky.) yesterday applauded Trump for signing the year-end deal but made no mention of the president’s other demands.

"His leadership has prevented a government shutdown at a time when our nation could not have afforded one," McConnell said.