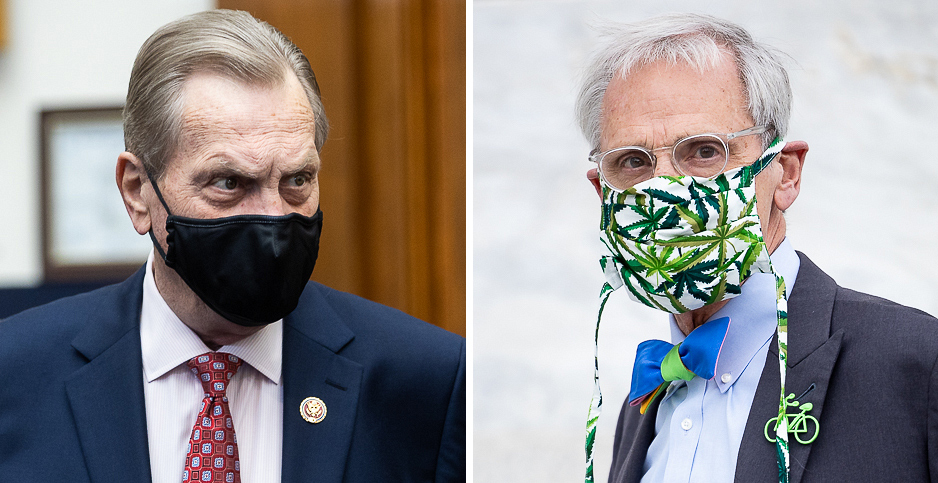 "I am cautiously optimistic," Blumenauer said, calling Simpson’s proposal a "blueprint." "I am looking forward to seeing if we can hammer something out."

In February, Simpson released a controversial framework that would reshape the regional hydropower-centric energy system and, he said, hopefully save the region’s iconic salmon from going extinct.

But the $33.5 billion concept has garnered little support on Capitol Hill, most notably from the region’s largely liberal and Democratic congressional delegation.

Blumenauer changed that yesterday. The Portland-area Democrat held a virtual town hall with Simpson and pledged to work with him on many of the ideas put forth in the framework.

Blumenauer stopped well short of a full-throated endorsement and expressed concerns about parts of Simpson’s plan.

But he represents the first lawmaker to signal some support for Simpson’s endeavor. He quickly earned rounds of praise among local tribes and environmental groups.

"Rep. Simpson and Rep. Blumenauer have approached with gumption and grace one of the most intractable problems in the Northwest — the balance of salmon and hydropower," said Giulia Good Stefani of the Natural Resources Defense Council, adding that they have "set the national stage" for a bipartisan debate on the issue.

"It is, quite frankly, inspiring to see a respectful, heartfelt and courageous conversation between a Republican from Idaho and Democrat from Oregon. Nobody wins when our legislators duck and dodge the hard questions."

Simpson is seeking to take on some of the most contentious and long-standing environmental problems in the country. He said yesterday that he’s "kicked the hornet’s nest" with the proposal.

It would breach four dams on the Lower Snake River in eastern Washington state that fish biologists say were the straw that broke the camel’s back for salmon runs that reach into central Idaho.

The salmon numbers continue to decline despite an endangered species mitigation program that has cost the Bonneville Power Administration more than $17 billion.

"They are heading toward extinction," Simpson said. "Every fish biologist we talked to said you have to remove these dams."

The Republican is also trying to reshape the region’s relationship to hydropower and the responsibilities of the Bonneville Power Administration, which is part of the Energy Department.

His plan would remove the fish mitigation burden from Bonneville, creating a new council for that effort. It would also provide funds to Bonneville to replace the limited power the four dams produce and improve its transmission capabilities. And it would provide money for the region’s farmers to replace the barge transportation the dams provide for their crops.

Simpson said Bonneville’s hydropower competitive advantage in the open energy market is continuing to deteriorate as the price of renewables like wind and solar continues to drop (Greenwire, Nov. 27, 2019).

Blumenauer applauded Simpson for the years he has spent on the issue and for continuing to press for change.

"I admire what Mike has been doing in terms of putting out a broad concept and carrying that message around the Pacific Northwest," he said.

Still, the Democrat said he disagreed with a moratorium on future litigation contained in Simpson’s plan, a controversial measure that Simpson said was designed to provide legal certainty for the remaining dams in the region.

That measure has already received a barrage of criticism from several environmental groups (E&E Daily, March 26). And there seems to be some disagreement on timing going forward.

Simpson said it would probably take a year or more to write, but he’d like to secure funding for the initiative in President Biden’s multitrillion-dollar infrastructure package scheduled to be unveiled later this year.

Blumenauer called that an "interesting concept" that would put "down a marker" for the basin. He also applauded Simpson’s urgency but seemed to indicate the process would take longer.

Simpson, in his characteristic blunt manner, acknowledged that building support for his plan has been tough. But he said he felt obligated to address the problem before it becomes untenable for future generations.

"This would have been easy for me to walk away from," he said. But "if we aren’t here to solve problems, then why the hell did you elect us?"

Blumenauer agreed and said this issue should be one where Congress shows it can still work in a bipartisan manner, even as the political discourse continues to become increasingly polarized.

"These are areas where I think there are common interests for the people we represent. I think we have an opportunity to continue this conversation," he told Simpson. "I am pleased to work with you on it."

The Pacific Northwest’s Nez Perce Tribe applauded Blumenauer. "He has stepped up to show true leadership for salmon and Tribal Nations in the Northwest," Chair Shannon Wheeler said in a statement. "The status quo is not working. The Nez Perce view restoring the lower Snake River — a living being to us, and one that is injured — as urgent and overdue."