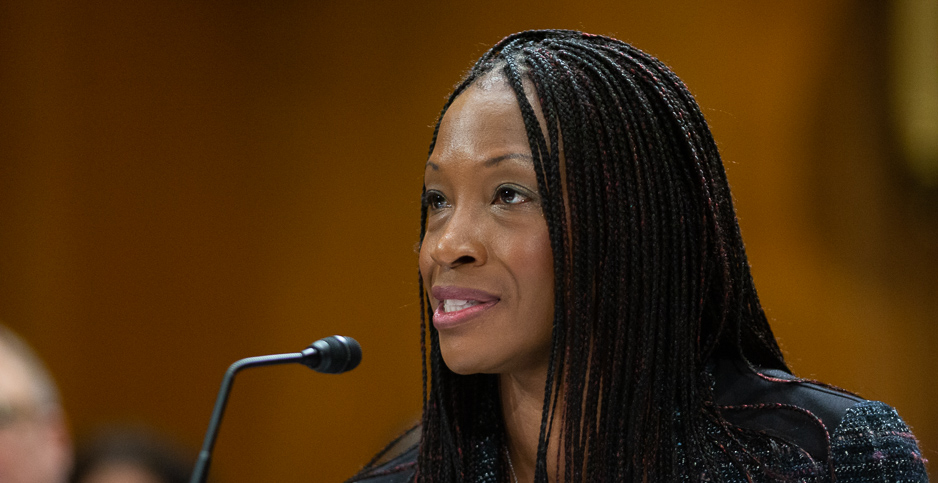 The Senate today confirmed Aurelia Skipwith as director of the Fish and Wildlife Service on a mostly party-line vote of 52 to 39.

The vote, which concluded shortly after noon, puts Skipwith in line to be sworn in as the federal agency’s first African American director, filling a key leadership post that’s been vacant during the entirety of the Trump administration.

The promotion from her spot as deputy assistant Interior secretary for fish and wildlife and parks will also present Skipwith with myriad challenges that range from wrangling Endangered Species Act regulations to earning the confidence of FWS’s roughly 9,000 employees.

"It will be a priority of mine to work closely with private landowners, states, tribes and federal partners so that our decisions as stewards of public resources are mutually beneficial to trust species, the land owners and the American public," Skipwith told the Senate Environment and Public Works Committee.

Skipwith will take the agency’s reins from Margaret Everson, the experienced deputy director and former Ducks Unlimited official who’s been filling in as temporary director. Several dozen organizations rallied in support of Skipwith.

"In a field where diversity is sorely needed, it is encouraging to see a woman and person of color nominated to this important and prominent leadership position," Dan Ashe, former FWS chief under President Obama and now president and CEO of the Association of Zoos and Aquariums, said earlier this year.

Critics question her qualifications and her handling of senators’ questions.

"To my disappointment and dismay, Ms. Skipwith has not provided information pertaining to her activities at the Interior Department," said Sen. Tom Carper (D-Del.). "She even suggested I file a Freedom of Information Act request for the information."

A 2003 graduate of Howard University, Skipwith earned a master’s degree in molecular genetics from Purdue University and a law degree from the University of Kentucky College of Law. She worked for Monsanto Co. for six years before law school (Greenwire, Oct. 18).

She co-founded the firm in May 2016 with her fiance, Leo Giacometto, a former Montana legislator and lobbyist. Skipwith also reported being an "unpaid adviser" at Gage International, a lobbying and consulting firm headed by Giacometto, between May 2013 and 2017.

Headquartered in Washington, D.C., and Falls Church, Va., FWS has regional offices located across the country and over 700 field stations, including more than 560 units of the National Wildlife Refuge System.

"These jewels are stopovers in flyway zones, they are home to endangered species, they are places where people can hunt, fish, and recreate," Skipwith told senators. "They are truly living classrooms."