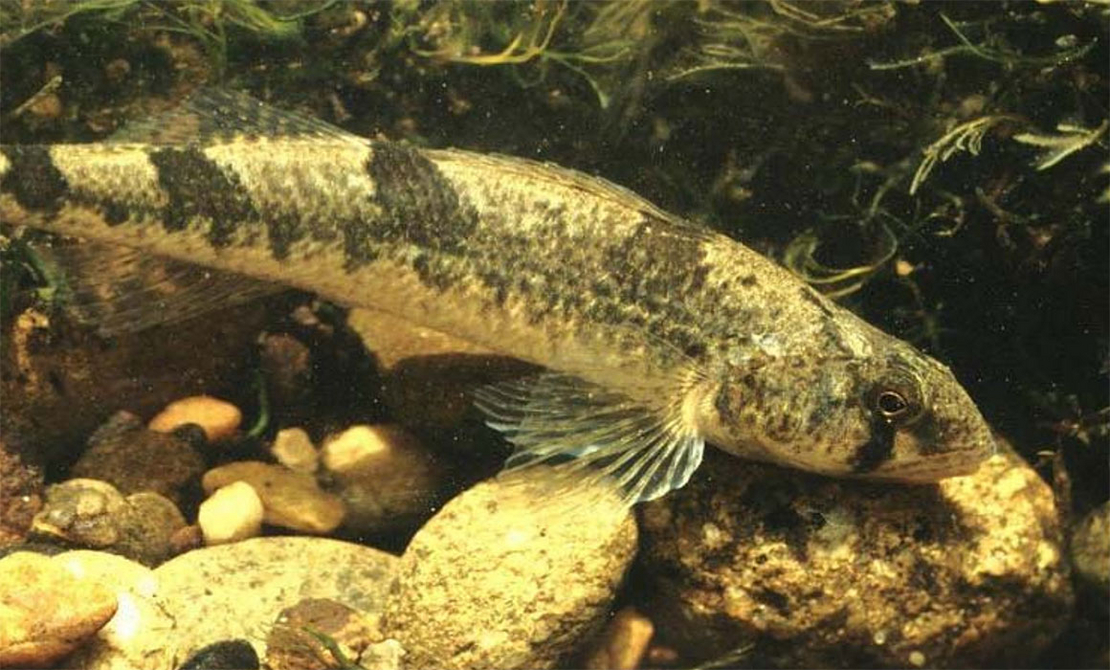 Remember the snail darter? It’s back, in a big way.

The tiny Tennessee fish that’s played an outsize role in Endangered Species Act history has with considerable help now wiggled free from the risk of extinction. Today, the Fish and Wildlife Service proposed removing it from the ESA list of threatened species.

“The Endangered Species Act was passed to ensure all wildlife, even species that some might view as insignificant, deserve to be preserved for future generations,” said Martha Williams, FWS principal deputy director. “It is very fitting that this fish, which was once a source of controversy, became the subject of cooperation and partnerships to save it.”

Maxing out at about 3 ½ inches, the snail-devouring species gained fame — or infamy — in 1975 when FWS listed it as endangered due to the threat posed by the Tennessee Valley Authority’s unfinished Tellico Dam.

The dam would impound water covering some 16,500 acres of farmland and convert the Little Tennessee River’s shallow, fast-flowing waters into a reservoir over 30 miles long. The belated discovery of a few snail darters threw the project for a loop.

The snail darter was the first ESA legal case to reach the Supreme Court after Congress passed the landmark environmental law in 1973. Five years later, the court articulated an expansive interpretation of the law in favor of protections for the fish.

“It may seem curious to some that the survival of a relatively small number of three-inch fish among all the countless millions of species extant would require the permanent halting of a virtually completed dam for which Congress has expended more than $100 million,” Chief Justice Warren Burger wrote.

Burger, nominated to the high court by President Nixon, added that “we conclude, however, that the explicit provisions of the Endangered Species Act require precisely that result.”

Pointedly, Burger declared that the plain intent of Congress in enacting the law protecting endangered animals and plants was to halt and reverse the trend toward species extinction “whatever the cost” (Greenwire, Sept. 30, 2011).

Following the Supreme Court’s 6-3 ruling, Congress passed an amendment exempting the Tellico Dam from ESA consultations on behalf of the fish so that it could be completed. President Carter signed the bill into law in 1979.

The God Squad process allows major economic impacts to outweigh the ESA’s mandate to recover a species. The panel was convened to consider the case of the snail darter, as well as a water project on the Platte River in Wyoming and Nebraska, and for timber sales in Oregon. In several other instances, the process began but was ended before the committee reached a decision (E&E Daily, March 16, 2016).

The committee unanimously rejected an ESA exemption for the Tellico Dam.

The fish inhabits clean gravel substrate in large creeks and rivers. It burrows into gravel, leaving just its eyes exposed, to escape predators.

TVA both found new homes for the fish and improved water quality to help it survive.

Snail darters were collected from the Little Tennessee River and transplanted to the Hiwassee and Holston rivers in Tennessee and then to other locations within its native range.

“Environmental stewardship is an important part of TVA’s mission,” said Allen Clare, TVA vice president of river and resources stewardship. “We are committed to helping create healthy, oxygen-rich waters in which fish and other aquatic life can thrive, particularly in those areas below TVA’s dams.”

The snail darter was downlisted from endangered to threatened in 1984 due to successful relocations and the discovery of new populations. It can now be found in Alabama, Georgia, Mississippi and Tennessee.

If the delisting is finalized, the snail darter will join 52 species that have been removed from the ESA due to recovery since 1973.

Correction: This story was changed after publication to correct the quote of Rep. John Duncan Sr.