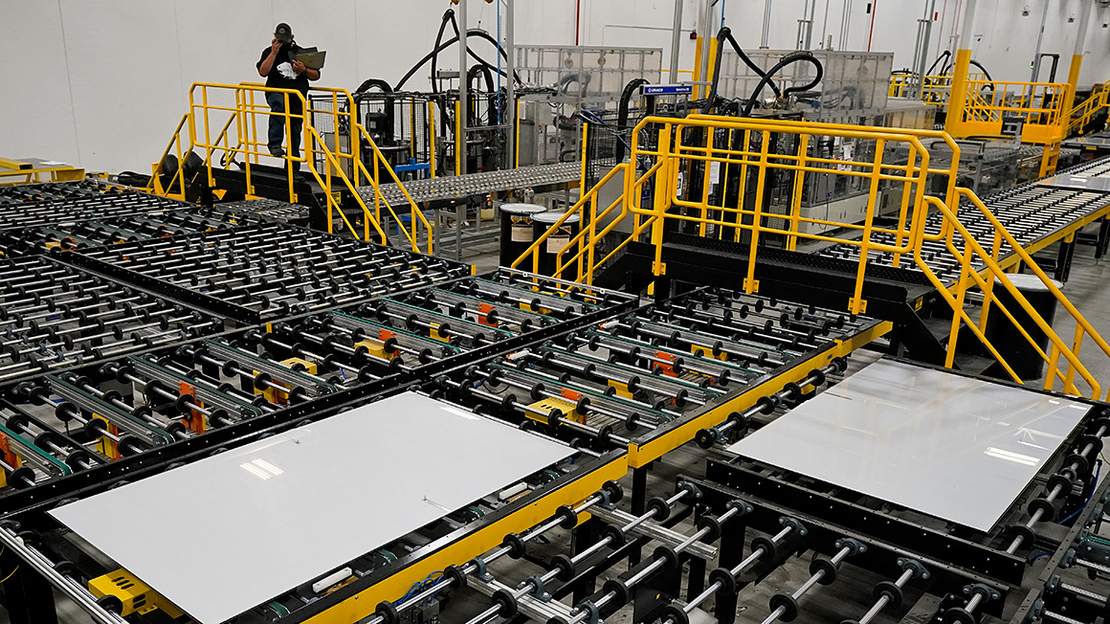 Solar panels on an assembly line at a plant in Ohio in 2021. AP Photo/Tony Dejak

Several large U.S. solar developers have announced a new coalition that will buy up to $6 billion in made-in-America panels, in a move that could more than double the country’s panel-manufacturing capacity.

The new US Solar Buyer Consortium said yesterday it had opened a request for proposals from U.S. manufacturers who could supply up to 7 gigawatts of solar panels per year, starting in 2024.

That amount is well beyond the 4.8 GW of panels produced last year in the United States, according to National Renewable Energy Laboratory estimates. And it is likely greater than what President Joe Biden has sought to bring online using the federal government’s buying power.

The move is the latest indication that U.S. solar installers are placing renewed emphasis on sourcing their equipment domestically, even as the industry’s alarm about access to Asian supplies has relaxed somewhat.

The consortium’s members — AES Corp., Clearway Energy Group, Cypress Creek Renewables and D.E. Shaw Renewable Investments — said in a joint statement that they hoped to promote on-shoring of panel production, which is largely done in Asia.

The request for proposals, they said, was intended to “create lasting resiliency and alleviate constraints faced by the industry today.”

Craig Cornelius, chief executive of Clearway Energy Group, called the announcement “just one step toward bolstering America’s solar supply chain.” He also urged Congress to “seize the opportunity” and create new incentives for U.S. solar manufacturing — something that has repeatedly stalled as part of a larger climate package sought by the Biden administration.

“With legislation pending before Congress, policymakers can scale our domestic manufacturing workforce and restore our country’s legacy as a manufacturing leader,” Cornelius said.

In the United States, about 24 GW of solar capacity was installed last year, according to industry estimates. Trade groups are trying to convince Congress to pass incentives that could grow U.S. panel-making capacity to 30 GW per year by 2025, according to manufacturers’ estimates. Last week, the Solar Energy Industries Association (SEIA) said executives from roughly two dozen of its member companies had shown up at the Hill in an attempt to generate support for a law (E&E Daily, June 16).

In a statement yesterday, SEIA President and CEO Abigail Ross Hopper seized on the consortium’s formation as “a clear signal that companies are ready to make significant investments in clean energy manufacturing if Congress delivers supportive policies.”

“Solar industry leaders are eager to invest in domestic manufacturing and strengthen the domestic supply chain, but they can’t do it without support from Congress,” she added.

“This announcement indicates, in my opinion, that big US developers expect advantages from buying US-made modules in the future,” he wrote in an email to E&E News. “It also proves that US developers will not care about getting the cheapest module possible, as the overall economics of solar should outperform other power sources in many regions and the demand from utilities and corporates will keep rising.”

The consortium’s members may also be trying to insure themselves against import restrictions and supply-chain uncertainties that could still exist in coming years, Lezcano added.

Earlier this month, Biden attempted to relieve one major source of uncertainty around solar supplies, by issuing a preemptive two-year waiver on any tariffs on Southeast Asian imports that could result from an ongoing Commerce Department probe (Energywire, June 7). Solar developers characterized that step as a “much-needed reprieve” from a probe that had frozen plans for many new projects.

Biden simultaneously sought to juice government demand for U.S.-made panels, authorizing the Energy Department to use Defense Production Act powers to scale up manufacturing and announcing two federal strategies for buying more solar electricity produced with domestic equipment. A June 6 announcement from the White House estimated the actions would bring online about 10 GW of new solar panels over the next 10 years.

But Energy Secretary Jennifer Granholm later acknowledged that ramping up production using Defense Production Act powers would likely require extra funding from Congress — an admission that prompted critics to assert that U.S. solar manufacturers were not likely to benefit from Biden’s actions.

“Now we know that President Biden’s supposed DPA plan is nothing more than a hypothetical that will not and cannot happen unless Congress appropriates additional funding,” said Michael Stumo, CEO of the Coalition for a Prosperous America, in a June 8 statement. Stumo’s pro-domestic manufacturing group has been a vociferous advocate of the Commerce probe into new import tariffs, in line with its generally protectionist stance on trade with China.

In a June 15 letter to Biden, 20 House Republicans also criticized Biden’s preemptive tariff waiver as “shocking and irresponsible,” while alluding to another source of ongoing risk for foreign supplies of solar modules: allegations of forced labor in Chinese production lines, which have led to impoundments by U.S. customs guards.

“As supporters of an all-of-the-above energy strategy, we cannot sit idly by as you decimate the future prospects for U.S. solar manufacturing in favor of giving China a free pass to undercut American companies with slave labor,” wrote the signatories, who included members of the Republican-led Energy, Climate and Conservation Task Force. That task force seeks to expand domestic production of both fossil fuels and zero-carbon energy (Greenwire, June 6).

“We request that you reverse course and allow Commerce to conduct a legitimate investigation,” they added.

The White House did not respond to requests from E&E News for comment.

On Friday, the Department of Homeland Security laid out its strategy to prevent the import of solar equipment and other products made with forced labor, as required by a 2021 bipartisan law. Customs officials will identify and interdict goods from any producer located in or buying from the region of Xinjiang, where forced-labor systems are said to be centered, according to the document. Polysilicon, a precursor material used in solar cells, will be considered a “high-priority” sector for officials. 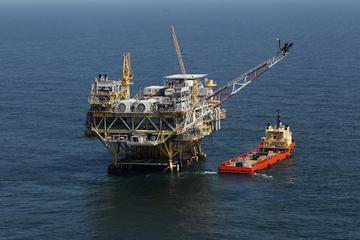