Solar projects with batteries boomed in 2019. Some literally 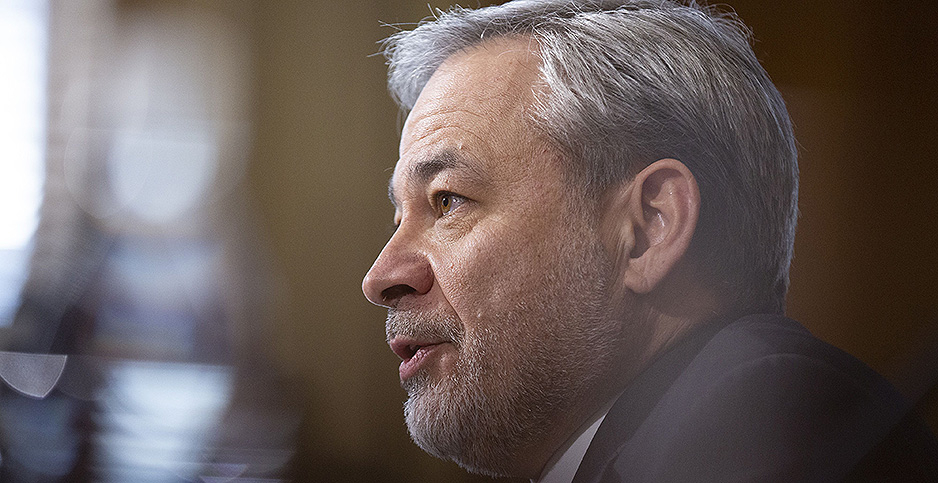 Multiple deals shook up the renewable energy storage business last year. What had started as an experiment with solar energy and large storage batteries in Hawaii in 2016 appears to have inspired a $2.8 billion global explosion of investments and mergers in 2019 — an increase of 103%.

Royal Dutch Shell PLC started the big moves in February by buying Sonnen GmbH, a pioneering German company engaged in linking up homes powered by solar arrays and battery storage, according to Mercom Capital Group, a Texas-based clean energy research firm. As one executive with the oil major put it: "Shell aims to make electricity a significant part of its business."

Then two large electric utilities promised to light up parts of Florida and California with renewable energy-powered battery storage plants. Each of them described its project as the largest of its kind in the world.

By November, UBS AG, a Swiss multinational investment bank and financial services company, had dispatched a team of over 15 analysts to write a report that concluded the global appetite for large electric batteries and more renewable energy was just beginning its growth spurt.

"In a red-alert on climate change" scenario, UBS reported, energy storage costs could drop more than two-thirds by 2025 and future demand for renewable energy could triple. By 2030, UBS concluded that the global market’s value would be six times what it is worth now.

The Department of Energy added another surprise earlier this month. It called for a plan to "sustain American global leadership in energy storage." The plan, developed by an amalgam of 10 offices in DOE, is called the Energy Storage Grand Challenge, and its goal is to develop "a secure domestic manufacturing supply chain that is independent of foreign sources of critical materials by 2030."

Not everyone in the electric supply industry agrees with DOE’s goal, but most believe the project was aptly named. One reason a "grand challenge" is needed is that jump-starting the United States’ relatively tiny storage battery market may be tough. Companies in China and other Asian nations currently lead the world. Uniform standards for batteries don’t exist, and safety problems have been proliferating.

Another reason is that battery manufacturers surround their craft with secrecy, making it difficult for buyers to know what chemistries they are investing in and how long they will last. China also leads the world in making cheap silicon modules for solar arrays, creating fears that it might dominate a future source of energy (Climatewire, Dec. 17, 2019).

As explained by Energy Secretary Dan Brouillette, the agency’s first step will be to accelerate its learning curve. It will host "a series of workshops with key stakeholders to share information about various technologies, learn more about current barriers to deployment, and help shape the work that will bring those technologies to market."

Davion Hill is a U.S. energy storage strategist with DNV GL, a Norway-based company whose energy division is in the Netherlands. "I’ve been in this industry for 13 years. It’s tumultuous. We started off with a lot of it here," he noted, referring to the U.S.

When it comes to making big batteries, he’s right. Thomas Edison became absorbed with it during World War I, installing what he called "monster" batteries in U.S. Navy submarines.

As for solar energy, it was Bell Laboratories in New Jersey that first witnessed silicon-powered electricity from sunlight in 1954 while it was looking for semiconductors. In 1958, after providing the first solar panels to help power a space satellite, it helped stimulate U.S. government funding for solar energy.

Until about a decade ago, U.S. companies still had a substantial share in the large battery and solar module markets, when products were more expensive. But as prices eased, the market has gone mostly abroad. Hill of DNV GL estimates that the U.S. presence in the global renewable energy storage business is now less than 10%.

One challenge DOE faces in building a dominant U.S. renewable energy storage market is the electric industry itself.

In a statement, Todd Snitchler, president and CEO of the Electric Power Supply Association, noted that its members supply nearly 1,000 megawatts of solar power in the U.S. "without relying on subsidies or a guaranteed return from ratepayers. EPSA believes market signals and strong competitive electricity markets are the best way to achieve sustainable environmental progress."

Another U.S. trade group, the Energy Storage Association, which promotes greater uses for utility-sized storage batteries, had a difficult moment on April 19, 2019. One day after ending its annual convention in Phoenix, a large lithium-ion battery caught fire and exploded at a nearby solar energy storage site, sending eight firefighters and a police officer to hospitals. The cause of the accident is still not fully understood.

"Arizona was a rude awakening," recalled Hill, whose company publishes an annual "Battery Performance Scorecard." It is intended to explain the risks and hazards of big batteries to help potential buyers understand how to buy and use them.

South Korea, a pioneer in developing and using lithium-ion storage batteries, has experienced 23 battery fires since 2017. So far, no company has been held accountable.

Fires and explosions are not a new challenge to the large battery business. In 1916, one of the lead-acid batteries that Edison’s company was installing in a submarine at the Brooklyn Navy Yard in New York exploded, killing five men and injuring 10 more.

Navy investigators suggested the powerful blast that mangled ship machinery and bent heavy steel bulkheads was caused by a cloud of leaking hydrogen from an overheated battery and a "lack of ventilation." But what sparked the fire remained unknown. The Navy blamed Edison for supplying faulty batteries; Edison blamed the Navy for potentially allowing workers to cause sparks while the batteries were being discharged.

Over a century later, hazards like this one still exist with more sophisticated lithium-ion batteries. Here’s one: An overheated lithium-ion battery can emit flammable and explosive gases for up to 20 minutes before any flame is observed. Most battery manufacturers claim that their big batteries are safe, Hill explained.

"But there is a lot of junk out there," he said.

Battery makers issue warranties to assure buyers that their products are safe. Hill’s company tests batteries and represents battery buyers. When it asks sellers for the data and the chemistry that support the safety claim, he said, "we just get a big flat no. They won’t disclose it at all."

Hill believes that if DOE wants to use its laboratories to help companies create a more competitive American storage battery industry, it could do it relatively quickly by using clean rooms and other best manufacturing practices to improve the quality of lithium-ion batteries. "There are a lot of new ways that could make the battery safer and for a lower cost. There are some good things we could do if we made the investments."

Steven Murray, vice president of Exponent Inc., a California company that works with large battery buyers, says the biggest concern of battery makers is the fear that competitors will steal their designs, particularly the formulation of the electrolyte, a fluid or a solid that carries atoms with an electric charge between the two poles of a battery.

"Nobody will ever patent an electrolyte," he said. "That’s like the formula for Coca-Cola. They’d just rather not talk about it." Murray believes more research could quickly improve the safety and efficiency of the lithium-ion battery because factories are already pumping them out for electric vehicles and changes can be made swiftly.

Ben Kaun, director of battery storage research at the Electric Power Research Institute, a California-based nonprofit, thinks the effort by DOE to help the U.S. battery production market "is the beginning of a large transformation." It could improve both large and small lithium-ion batteries, including those used for home renewable energy storage, as prices come down.

The biggest and most immediate challenge is to ensure "that what is going out into the field is safe and reliable and there are standards in place that are well-informed by scientific research," Kaun said.

The second challenge is to train the next generation of workers.

"Our observation is that there is a learning curve there, and it’s really important to get the applications well understood and get the people well trained up to address them," he said.