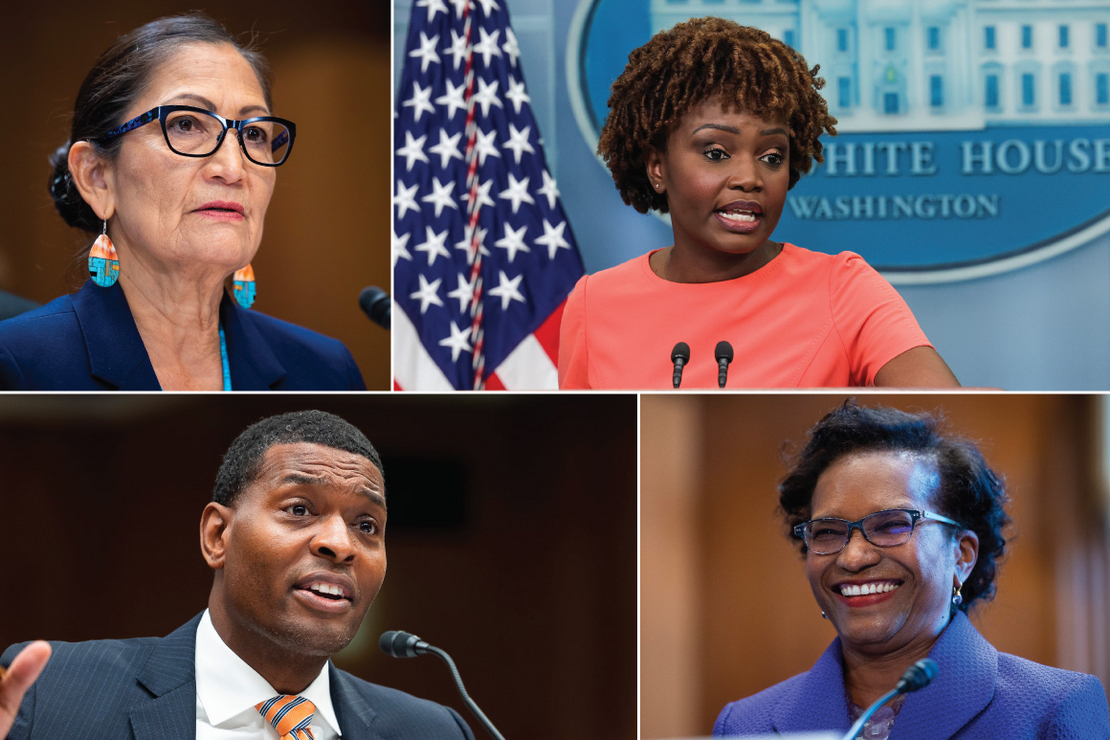 President Joe Biden announced on Wednesday that his administration would cancel up to $20,000 of student loan debt per borrower — an issue that is personal to some of Biden’s top aides.

An E&E News review of financial disclosures from the Office of Government Ethics found that several high-ranking Biden appointees — including a few senior environment and energy officials — reported having student debt, either from their own education or from their spouse’s or child’s.

Interior Secretary Deb Haaland owed between $15,001 and $50,000 when the report was last updated in November 2021. An Interior Department spokesperson confirmed the debt is Haaland’s and said she continues to pay off student loan debt from her undergraduate, graduate and law schools.

White House press secretary Karine Jean-Pierre reported between $10,001 and $15,000 in student debt as of the same month.

White House Council on Environmental Quality Chair Brenda Mallory had just finished paying off her student loan debt, some amount between $15,001 and $50,000, when her report was updated in July 2020.

Spokespeople for Regan, Jean-Pierre and Mallory did not respond to emails asking for comment and to confirm whom the debt belonged to.

In Jean-Pierre’s 2019 memoir, “Moving Forward: A Story of Hope, Hard Work and the Promise of America,” she wrote about the $25,000 in student debt she owed after getting her master’s degree at Columbia University, “despite earning a full tuition scholarship for [her] second year.”

Based on publicly available salaries, and without knowing more about their family circumstances, the four aides are unlikely to qualify for the relief, Jonathan Fansmith, director of government relations at the American Council on Education, said in an email.

The relief also only applies to federal loans. Regan, Haaland and Jean-Pierre all reported owing money to private loan-servicing companies. Mallory reported a federal loan, but it’s paid off, anyway.

The Department of Education did not respond to email inquiries on whether any of the officials would be eligible to claim relief.

More than 45 million people have taken out federal student loans, so “it isn’t surprising that members of the administration are among them,” Fansmith said. “This is also the case for the other branches of government and both sides of the aisle and is especially true for senior positions in government, which often require advanced degrees and the specialized skills that come with them.”

Public officials being strapped with student debt well into their careers isn’t exactly new. One example is former President Barack Obama, who talked publicly about his own student loan debt.

“When Michelle and I graduated from college and law school, we had a mountain of debt. When we got married, we got poorer together,” Obama said during a speech at the University of Iowa in 2012. “And we were lucky to land good jobs with a steady income, but we only finished paying off our student loans about eight years ago. Think about that. I’m the president of the United States — it was only about eight years ago that we finished paying off our student loans.”

Eight years before 2012, in 2004, Obama was a professor at the University of Chicago’s law school campaigning for a seat in the U.S. Senate.