Some turtles ‘bite hard,’ and a smuggler cracks 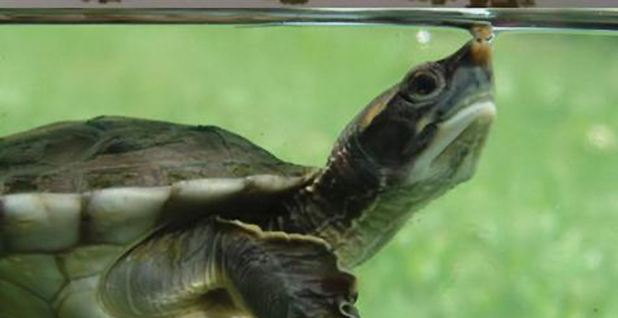 A Texas man’s guilty plea illuminates the workings of an ambitious international wildlife smuggling ring that has targeted exotic turtles and other species.

"This investigation has exposed a highly coordinated wildlife trafficking ring responsible for the smuggling of wild-caught reptiles destined to collectors and the commercial trade across the U.S. and globe," said Edward Grace, assistant director for law enforcement for the Fish and Wildlife Service.

The number of animals suspected of being smuggled is "in the tens of thousands," Grace added.

FWS initiated Operation Bale Out to crack open a network of individuals involved in the trafficking of wildlife between the United States and Mexico. "Bale" means a group of turtles (Greenwire, Oct. 25, 2019).

Prosecutors say Carrillo served as a middle man for the network. He transported live animals — many of them protected under the Convention on International Trade in Endangered Species of Wild Fauna and Flora [CITES] — from Mexico into the United States.

Carrillo then arranged for them to be delivered to domestic customers, who had purchased the animals from the Mexico-based suppliers.

As part of the plea, Carrillo admitted to being paid more than $92,000 to transport thousands of animals valued at more than $3.5 million

Court records spell out more operational details, including the use of an Oklahoma resident identified as "Cooperating Private Individual 1."

According to the indictment, the suppliers arranged for the wildlife to be transported to Juarez, Mexico. Carrillo picked up the animals there and drove them to El Paso in his Mercedes-Benz.

"Carrillo received a ‘crossing fee’ for each border crossing, the amount of which depended on the number of animals transported, the size of the package(s), and, in some cases, the risk of being detected by the authorities," the indictment stated.

In January 2016, for instance, investigators intercepted electronic communications concerning the sale of Central American river turtles to a customer in Missouri who questioned Carrillo’s fee.

"The box is quite heavy and, on top of that, those [turtles] bite hard," Carrillo explained, adding that "I really risk a lot by crossing things. Yesterday, it was pretty scary with those 2 monsters."

The Central American river turtle is listed as endangered by FWS and is listed in CITES Appendix II, which requires that a foreign export permit from the country of origin be obtained prior to importing any such wildlife into the United States.

That same month, according to the indictment, Carrillo transported two Mexican spotted wood turtles, 23 boa constrictors and two Mexican spiny-tailed iguanas for a customer in Florida.

"It will be $700 to cross the animals," Carrillo wrote. "Crossings of this quantity of animals is difficult because the heat makes it difficult to hide the animals and the officers check more often."

Sentencing has been scheduled for Sept. 16.

Since 1995, the turtle has been listed as an Appendix II species under CITES. All told, prosecutors said, Sheng made five shipments of 79 turtles to wealthy collectors in China.

"I cannot stop asking myself, why did I choose to do it?" Sheng wrote in a sentencing memo last year. "There are thousands of questions that keep torturing my soul and my mind."