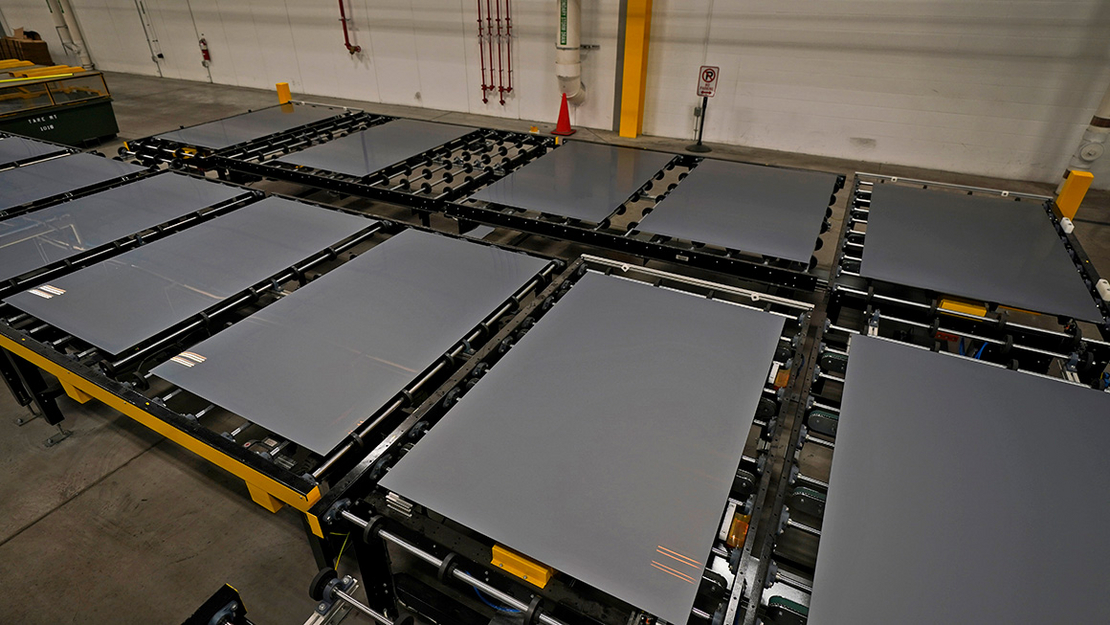 Utility executives and clean energy developers also joined government officials at CERAWeek by S&P Global in outlining how Russia’s war in Ukraine is exacerbating economic challenges for renewables — even as they said the growth of clean power is unstoppable in the long run.

The economic and supply-side issues come as major climate legislation supported by the White House and most Democratic lawmakers has failed to move forward in the Senate. That reality has already led some experts to question whether the United States could cut greenhouse gas emissions by at least 50 percent below 2005 levels by 2030, a target set by the president in line with the Paris climate agreement (Climatewire, Dec. 21, 2021). The Biden administration has also set a U.S. goal of 100 percent carbon-free electricity by 2035.

“If everyone is doing renewables at the same time, it further exacerbates that issue,” Akins said during a Q&A with Daniel Yergin, S&P Global’s vice chair.

New clean energy projects continue to face holdups in regional electric markets, as well. Nonprofit corporations that manage the flow of power have been unable to keep up with the volume of projects seeking to come online, industry leaders said.

Some of the challenges affecting the interconnection process for clean energy may be addressed through upcoming rules from the Federal Energy Regulatory Commission.

“We obviously want to eliminate the barriers,” FERC Chair Richard Glick said during the conference. “In our regulatory process itself, we hope soon we’ll be releasing several proposed rulemakings addressing some of these issues, including interconnection reform to the grid, particularly as it relates to offshore wind.”

Inflationary trends, however, have shown no sign of slowing. Yesterday, the Bureau of Labor Statistics reported that the consumer price index rose 7.9 percent over the past 12 months, a jump that hasn’t been seen in 40 years.

For utilities, rising costs could lead to higher electric bills for customers in the short term, even though shifts toward renewable energy will reduce consumers’ energy costs overall, said Pedro Pizarro, CEO of California-based Edison International and a vice chair of the Edison Electric Institute, a utility trade group.

Utilities are also experiencing more delays in obtaining equipment that support the generation and transmission systems, according to Pizarro. For example, it’s now taking years to obtain new transformers, which help move power along the grid, when it would have previously taken “weeks or months,” he said.

These problems initially emerged because of the coronavirus pandemic, but sanctions against Russia over its invasion of Ukraine have further rattled global markets for a variety of commodities and worsened inflation, experts say.

Rising costs and supply chains disruptions are affecting the procurement of renewable energy for Portland General Electric, said Maria Pope, CEO of the company, which serves 2 million people in Oregon.

“We’re seeing those costs going up and some of the delivery of some renewable energy projects delayed because of supply chain issues,” Pope said in an interview.

Many components used in solar panels and battery storage facilities in the United States are imported from China, India and other countries. But Chinese-made solar panels are often stopped by U.S. Customs and Border Protection to ensure that they’re not made with forced labor.

The offshore wind industry, meanwhile, requires specialized ships to transport and install its giant turbines. But the federal Jones Act requires ships that move cargo from one U.S. port to another to be U.S.-flagged (Energywire, Nov. 2, 2020).

Only one vessel meets those requirements, although another is under construction, Abby Watson, senior executive of new markets strategy for North America offshore at Mainstream Renewable Power, said during a panel discussion.

“There is a huge need globally for new vessels to be commissioned,” she said.

Manufacturing in India and China has picked up as Covid-19 cases decline and more people go back to work, said Demetrios Papathanasiou, global director of the World Bank’s energy and extractives global practice. Still, he estimated it may take one year to a year and a half to “sort out” supply chain problems.

“My sense is things will come together,” Papathanasiou said during a CERAWeek session yesterday. “It will be delayed, and the current uncertainty is very substantial. We have a war in Europe.”

For now, establishing the right “sort of incentives” for clean energy is one of the most critical steps the federal government could take to reduce emissions from the electricity sector, according to Edison’s Pizarro.

Utilities seeking to deploy more clean energy have been lobbying the Biden administration to enact new tax policies, including a mechanism for receiving direct payments for new clean energy projects. A direct pay option, along with a tax credit for transmission lines and other proposals, was included in the failed “Build Back Better Act.”

Biden is hoping to promote passage of legislation that would again incorporate those provisions, although it’s not clear whether moderate Democrats in the Senate would support such a measure. Sen. Joe Manchin (D-W.Va.), who opposed the “Build Back Better Act,” has raised concerns about having the federal government spend more on new programs as inflation continues.

Utilities themselves have also increased their focus on supply chains. Over the past few months, the Edison Electric Institute has ramped up an ongoing “dialogue” focused on supply chain challenges across the industry, Pizarro said.

Aside from tax credits, regulatory reforms — including changes in the processes for permitting transmission lines and large-scale renewable energy projects — could help accelerate the transition to carbon-free power, industry leaders said.

On average, it takes about 3 ½ years for a new generation project to advance through clogged interconnection queues in the nation’s electric markets, said Chris Shelton, a senior vice president at AES Corp. Part of the problem is that the markets don’t take into account whether or not a project is carbon-free, he said.

While a transmission tax credit for power lines is needed and could help encourage more investments in the grid, it could also exacerbate the interconnection problem, Shelton said.

“This problem will become white-hot for the country, because we’ll have all the support in the world to drive these resources, and we won’t be able to connect them,” he said. “It’s not just funding: We need to think about how the system is designed.”

Others stressed that there is reason to be hopeful for the future of clean energy.

“I don’t want to leave people with the impression that this is a doom-and-gloom space, not at all,” Papathanasiou said. “Renewables are going to go up and up and up.”