Manchin ready to engage on reconciliation 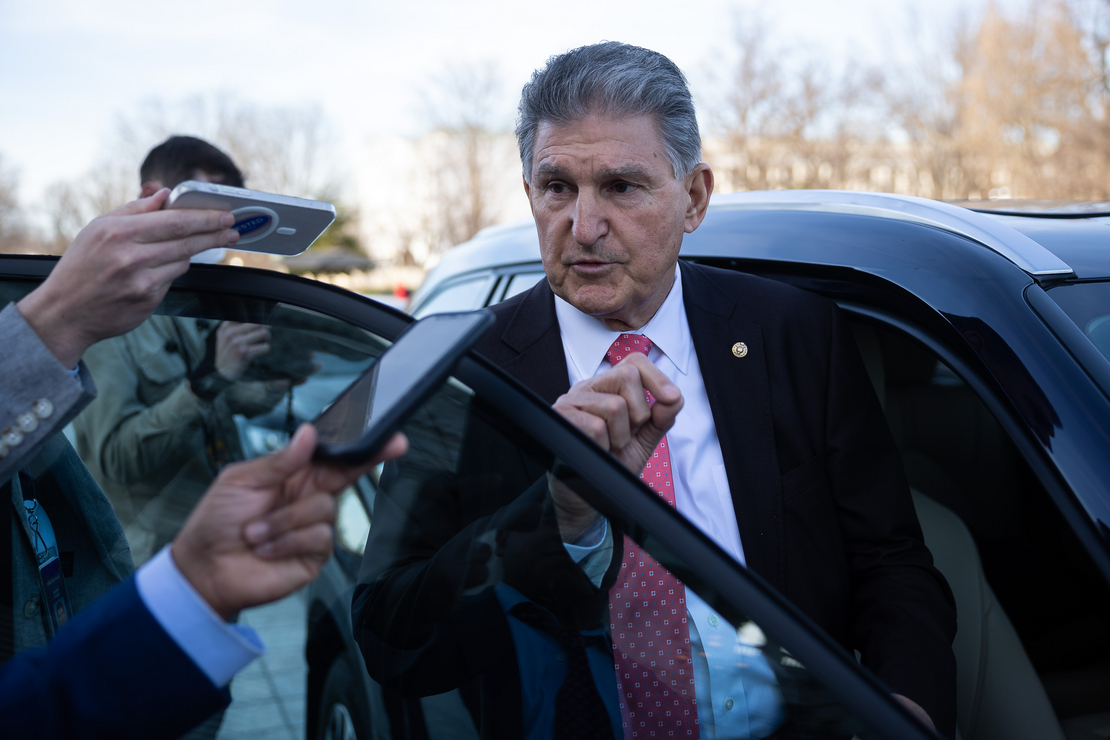 Is it time for a reconciliation resurrection?

There have been signs recently that Sen. Joe Manchin is ready to resume negotiations on the massive climate and social spending package he torpedoed late last year, according to people knowledgeable on the matter.

Five people who included environmental advocates, lobbyists and senior congressional staff members confirmed to E&E News yesterday that the West Virginia Democrat and chair of the Energy and Natural Resources Committee views the April-May Senate work period as a new goal to reach a deal on a scaled-back budget reconciliation bill known as the “Build Back Better Act.”

Four of the people who spoke to E&E News said text is now being passed around, though one person described it as “pencil to paper” to underscore that new legislative language was still in its most nebulous early stages. They were granted anonymity because of the delicate nature of negotiations.

It’s not clear what is currently on or off the table. While at one point Manchin was expressing interest in moving the $550 billion climate portion of the original, $1.7 trillion package, he has since said Russia’s war in Ukraine underscores the need to pursue a broader “all of the above” energy policy that includes increased domestic oil and gas production on public lands (E&E Daily, March 18).

In the past week alone, Manchin has also cast doubt on whether he would support the bill’s significant investments in expanding access to electric vehicles, citing concerns about U.S. dependence on foreign supply chains for parts.

Further clouding the outlook — and the prospects for reaching an agreement — one person in the environmental advocacy community said they had been told that the Energy and Natural Resources Committee’s draft portion of the “Build Back Better Act,” released in mid-December, was no longer the starting point for negotiations on the climate section of a smaller reconciliation bill.

Manchin had previously said that he was largely on board with the climate provisions in the reconciliation package (Greenwire, Jan. 4). Some of those provisions came out of his committee, along with the clean energy tax provisions negotiated by Senate Finance Chair Ron Wyden (D-Ore.) and his House counterpart, Ways and Means Chair Richard Neal (D-Mass.).

Lawmakers and advocates have been working under the assumption that these policies, alongside other elements of “Build Back Better” like lowering the prices of prescription drugs, would be the basis for moving forward.

A draft bill from Energy and Natural Resources, unveiled just days before Manchin walked away from the deal, included major green policy wins like a ban on energy exploration in the Arctic National Wildlife Refuge and new royalty rates for onshore oil and gas drilling (E&E Daily, Dec. 16, 2021).

If Manchin is prepared to now scrap his committee’s blueprint and start from scratch in reconciliation talks, that could upend expectations for renewed discussions, with climate hawks left to worry over what the committee chair would be willing to ultimately support.

Manchin’s spokesperson, Sam Runyon, would not confirm or deny that conversations were resuming, that paper was being shared or that the Energy and Natural Resources framework was off the table.

“Senator Manchin is always willing to engage in discussions about the best way to move our country forward. He remains seriously concerned about the financial status of our country and believes fighting inflation by restoring fairness to our tax system and paying down our national debt must be our first priority,” Runyon said.

“He has made clear that we can protect energy independence and respond to climate change at the same time. We must maintain energy independence by advancing an all-of-the-above energy policy to continue producing energy cleaner than anywhere else in the world,” she continued.

“Additionally, he continues to believe we can and must lower the cost of prescription drugs for working Americans to ensure no family has to choose between lifesaving medications and putting food on the table.”