Sources: Trump admin to roll out ESA overhaul next week 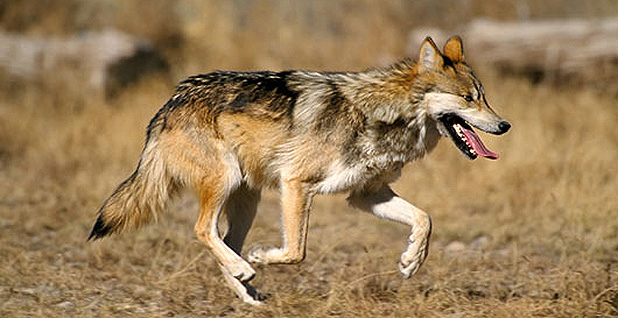 The Trump administration is expected to roll out the most significant set of Endangered Species Act regulatory revisions in a generation next week, according to three sources.

The Fish and Wildlife Service and NOAA Fisheries could release the changes as early as Monday, though one source cautioned that some aspects of the new regulations remain unsettled. The uncertainty about timing, in turn, has only amplified nervous expectations among ESA aficionados.

"They’re quite important, because they fundamentally alter how the Endangered Species Act is implemented," Jacob Malcom, director of the Defenders of Wildlife’s Center for Conservation Innovation, said today. "It could have a really big effect on species."

Stymied in Congress for years, conservatives see this as their best chance to restrict how at-risk species are assessed and protected under the 1973 law. They cheered the suite of proposals offered more than a year ago by the two agencies (Greenwire, July 19, 2018).

But the process has taken months longer than the administration expected as officials deliberated changes to the proposals. The extended back-and-forth has engaged career staffers, political appointees, and the policy overseers at the Office of Management and Budget.

Officials also had to sort through hundreds of thousands of public comments, though many were identical (E&E News PM, Sept. 24, 2018).

"If enacted, these rules will be an absolute disaster for efforts to save species from extinction," wrote Stuart Pimm, a conservation ecology professor at Duke University.

The conservative Washington Legal Foundation, from the other side, applauded a proposal to publish the potential cost of protecting a species.

"It is important and necessary to assess the costs and benefits of any regulatory action, whether or not those assessments are dispositive in the final agency decision," the group stated in its seven-page comment.

In some cases, the proposed revisions followed the recommendations of career staff. In other cases, the ideas immigrated in with the new administration.

The draft rules worried environmentalists and scientists who say it’s wrong to weaken wildlife rules amid a mounting extinction crisis, which some researchers have termed a "mass extinction."

"There is no element of these rules … that attempts to implement the act in a more practical way, in a thoughtful way, to improve the protection of species. There’s not a glimmer of that," said David Hayes, formerly the Interior Department’s deputy secretary during the Clinton and Obama administrations.

"It’s all about scaling back protection at a time, ironically, when protection is more needed than ever," added Hayes, now executive director at New York University’s State Energy and Environmental Impact Center.

One of the draft’s most significant provisions dealt with the difference between threatened and endangered species.

Critics have previously sought to scale back the blanket 4(d) rule, which they say erases what should be a meaningful distinction between threatened and endangered species. The proposal would tailor protections to each threatened species.

Another proposed change would establish that the "foreseeable future" definition used in making ESA listing decisions extends only so far as officials "can reasonably determine that the conditions posing the potential danger of extinction are probable."

On this proposal, among others, interested parties will be parsing the administration’s final words very carefully.

Under the proposal, FWS and NOAA Fisheries would designate unoccupied critical habitat only when the occupied areas are inadequate to ensure the conservation of the species or if inclusion of unoccupied areas would yield certain other specified benefits.

Whenever they arrive, the regulations are unlikely to be the last word.

"We are anticipating being ready to litigate," Malcom said.