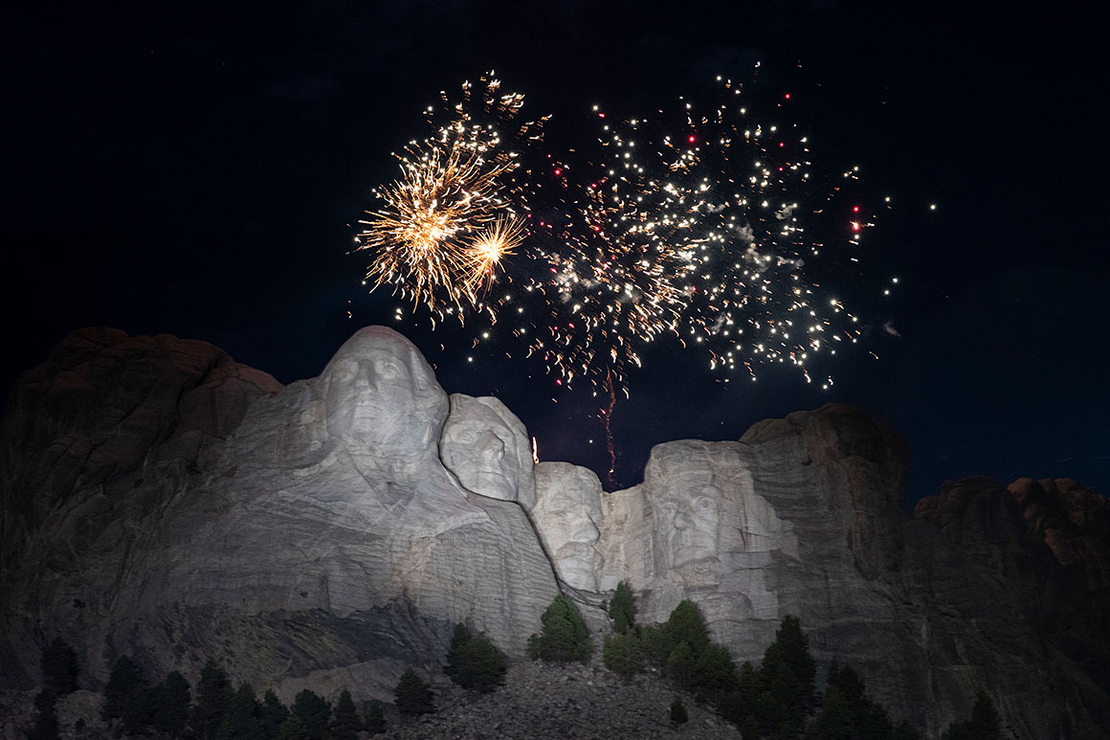 Independence Day is over, but South Dakota Republican Gov. Kristi Noem is continuing her bid to host fireworks at Mount Rushmore.

The governor this week filed a notice that she will appeal a federal judge’s ruling that blocked fireworks at the national memorial over the Fourth of July weekend.

A federal judge in South Dakota last month ruled against Noem, who sued the Biden administration after the National Park Service denied her request to shoot fireworks over the memorial in the Black Hills.

Noem, who was granted permission by the Trump administration for a fireworks display in 2020, argued that NPS had acted in an arbitrary and capricious manner in overturning a memorandum of agreement allowing the fireworks that she had signed with former Interior Secretary David Bernhardt.

Noem expressed her displeasure about the lack of a display in a tweet just after the July Fourth holiday.

“#SparklersSuck,” she tweeted. Her tweet contained three photos: one of fireworks over Mount Rushmore that she described as “Trump’s America,” and the other two showing children with sparklers, which she called “Joe Biden’s America.”

The park service cited safety concerns about potential wildfire threats and objections by local tribes in not allowing fireworks this year.

Chief Judge Roberto Lange of the U.S. District Court for the District of South Dakota Central Division sided with NPS, saying the agency was justified in denying the fireworks this year.

In his ruling, Lange, who was appointed to the bench by former President Obama, said it would be “improper judicial activism for this Court to disregard settled law establishing the arbitrary and capricious standard for review of the fireworks permit denial and to mandate issuance of such a permit” (Greenwire, June 3).

Noem appealed the case Tuesday after Lange on Monday agreed to convert his ruling on a preliminary injunction to a final judgment. In a motion filed with the court, her lawyers said the reason for the request from the plaintiffs was simple: “Because they intend to apply every year for a permit for a fireworks show at Mount Rushmore.”

As a result of Lange’s order, Noem got the right to take the case to the 8th U.S. Circuit Court of Appeals. Noem now wants the appellate court to decide whether Congress acted unconstitutionally in granting lawmaking authority to NPS.