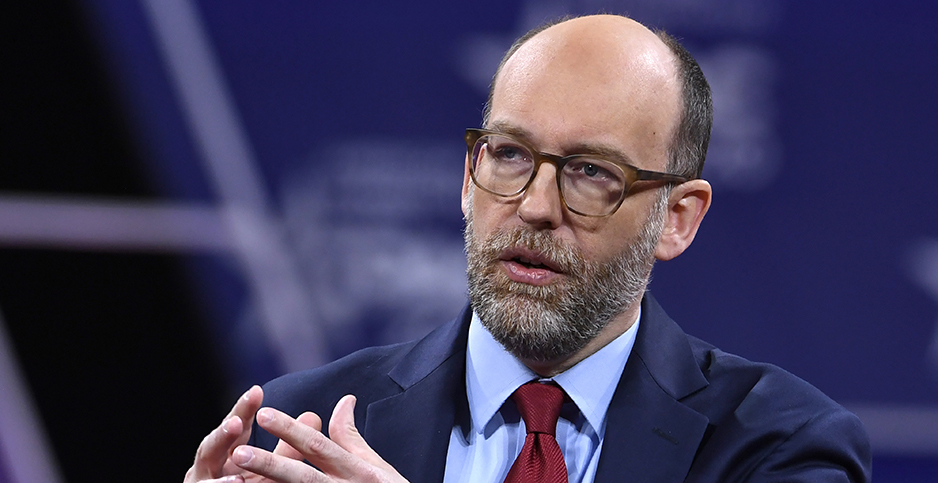 The incoming Biden administration is predicting a delay of the fiscal 2022 budget request amid tensions with the White House Office of Management and Budget.

"There’s no doubt that lack of cooperation will cause a delay" in the new president’s budget, said a member of the Biden transition team late last month.

But an OMB official charged that the Biden team is "lying." Agency Director Russ Vought said his office has "fully participated in appropriate transition efforts including more than 45 meetings" but also said it’s not his job to help Biden undo Trump’s legacy.

The president is supposed to release a budget blueprint in February. And even though a new president’s offering is known as a "skinny" budget, it showcases national priorities for the year ahead.

Sources say the current transition pales in comparison with how the George W. Bush administration worked to ensure the incoming Obama team was prepared in 2009, when the country was also reeling from an economic downturn.

"It’s clearly been driven from the top down," said Gordon Adams, who was an OMB official during the 1990s and later helped with the Obama transition.

"It puts the career staff in an impossible position, because their natural inclination is to help. And they are so important to the continuity from one administration to the next in the White House. What they are not doing to help the Biden team is hurting the incoming administration."

He added: "It’s all political."

Sally Katzen, who also served on the Obama transition team, noted that in 2008, "Bush said he wanted it to be the smoothest transition ever. And it was. They were generous. They were accommodating. The morning after the election the doors of the agencies were opened. The file drawers were open. Everything was made available. Their cooperation was superb, and we did have a very smooth transition."

Katzen, a legal scholar who led the Office of Information and Regulatory Affairs during the Clinton administration, said: "This administration is at the extreme other end of the spectrum."

Much of the work is happening virtually because many career staffers continue to work from home during the pandemic. That may cut down on transition "pranks" that have happened in the past, like in 2000, when the Clinton team famously smashed the W’s on computer keyboards (Greenwire, Nov. 2, 2020).

While several insiders have called the Trump OMB actions distressing, others downplayed the recent contention, saying it’s a function of all transitions.

"The transitions are always awkward," said Kevin Neyland, who worked at OMB for 30 years. "There’s only one president at a time. Up to noon on Jan. 20, the career staff are working for whoever the president is at that time. And then, all of a sudden, right after noon, it’s the new president, and everything has to change. There’s a whipsaw happening to the career staff. You are going in one direction, and then you have change."

Yet according to the Partnership for Public Service, the OMB career staff usually helps the transition team prepare its budget request.

"The need for the incoming administration to develop an economic and budget blueprint in a short period of time requires a high-powered team with significant experience," the presidential transition handbook reads. "For this reason, it is critical that the president-elect select budget and policy staff early to prepare the budget submission on or around the February deadline."

The handbook also says the career staff is "well prepared and motivated to help the president-elect’s team translate priorities into a new budget."

The contention is playing out as Vought tries to implement an executive order that could reclassify many OMB career employees into a "Schedule F category," stripping them of certain civil service protections. The Office of Personnel Management has not announced the order’s implementation.

Vought has been a conservative stalwart in the Trump administration, carrying out several of the president’s politically charged efforts, including banning diversity training events at federal agencies and threatening to eliminate federal funds from "anarchist cities."

"It’s Russ Vought to put the label on it," said Adams. "He may not have sent around a memo that said don’t help, but word got out."