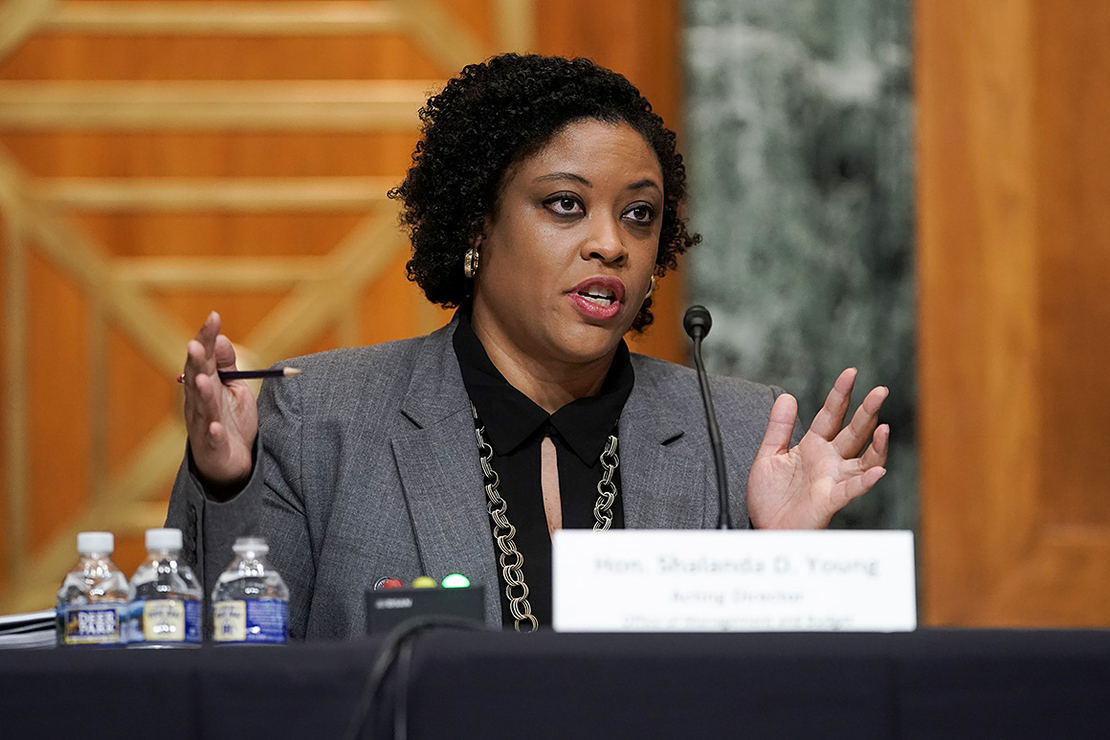 The White House budget and regulations office isn’t what it used to be.

The Office of Management and Budget and its Office of Information and Regulatory Affairs lack Senate-confirmed directors. Staffing levels are down. And their regulatory philosophy is not yet well known.

“I think it’s an open question on OMB’s ability to perform and deliver,” said Steve Redburn, a public policy lecturer at George Washington University. “I think it’s too early to draw any conclusions.”

The administration has not shied away from identifying challenges. Earlier this year, acting OMB Director Shalanda Young told lawmakers on the Senate Finance Committee that the office’s staff had been declining for years.

Congressional budget documents this spring revealed the staff count is 50 full-time positions fewer than it was a decade ago, and 10 fewer than five years ago. During fiscal 2020, OMB had almost 500 full-time equivalent positions, with roughly 50 at OIRA.

“This has left OMB with substantial staffing challenges in leading the Administration’s efforts addressing its critical priorities,” the document says. Divisions with environmental portfolios have seen even larger reductions, according to a spokesperson.

Redburn said the pandemic and partisan fighting on the Capitol Hill has also taken a toll. “My sense is that they are stressed and exhausted, but their morale is much improved from a year ago,” he said.

Biden officials have been less forthcoming about other issues, including when the White House plans to send formal nominees for OMB director or OIRA administrator. A White House aide said yesterday there was no update on that front.

Young — who is going on maternity leave, leaving her deputy, Jason Miller, to run the show — has long been seen as the front-runner for director. Neera Tanden, Biden’s initial pick for OMB director, failed to get confirmed. Today she was named White House staff secretary.

Without a Senate-confirmed OMB director in place, observers doubt the White House will nominate anyone to lead OIRA. Others doubt the administration would want to waste political capital on a nominee when acting Administrator Sharon Block, a labor expert and former Obama official, can perform the duties.

The Federal Vacancies Reform Act limits the number of days an official can serve in an acting capacity, but administrations maneuver to keep the clock ticking as long as possible. Jim Tozzi, who helped establish OIRA under President Carter, noted the office had an acting administrator for George H. W. Bush’s entire presidency — “and the government worked well.”

Despite the leadership issues and skeleton staffing, “OIRA is not slowing the process down,” said Ricky Revesz, a New York University law school professor who directs the Institute for Policy Integrity. “[Rules] seem to be coming out at a reasonable clip.”

So far, the administration appears relatively up to speed on a number of significant environmental rules. They are rewriting the national soot standards and the National Environmental Policy Act rules. And currently under review by OIRA desk officers are key proposals on methane and the Clean Water Act’s reach.

“It takes a long time to propose really big-picture rules,” Revesz said. And James Goodwin, an analyst at the Center for Progressive Reform, said, “Regulation is going to become a lightning rod.”

In June, Block released the spring regulatory plan, the federal government’s Unified Agenda, and said the president was “committed to using every lever at his disposal.”

On his first day in office, Biden released a memo promising to modernize regulatory review, aiming to focus more of the consequences of regulations to make sure they don’t hurt marginalized communities. But 10 months later, nothing has come of it.

“No one really knows where they stand on regs,” said Goodwin, suggesting it could be more of former President Obama’s “neo-liberalism with a smile” or actually “something really different.”

Once the memo is in place, Goodwin said, “you have a pro-regulation stance. Now is the time to control the narrative.”