State bills put plastic producers on the hook for trash 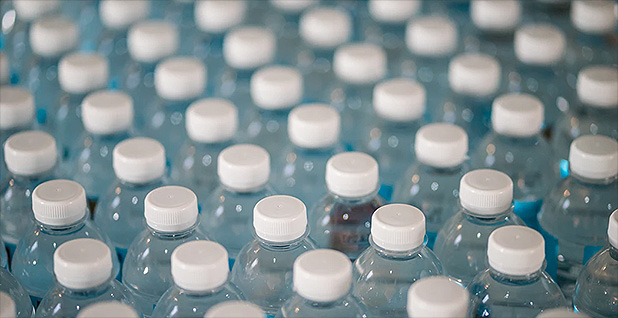 A coalition of state-level lawmakers from nine states is promoting legislation that would hold plastic producers accountable for single-use waste.

The legislative proposals would enforce extended producer responsibility for manufacturers, requiring them to develop end-of-life solutions for plastic packaging.

"I think it’s time for a global shift in how we think about this issue, how the industry thinks about end of life for the products they create," said Hawaii state Rep. Nicole Lowen (D). "Internalizing the cost of waste management … will spur innovation in the industry and really be a win-win and a really important first step towards a truly circular economy."

There is little coordination in the United States on recycling efforts. The plastics industry and advocates alike have for years decried an individualistic approach to waste management, in which every municipality in the country has its own rules and capabilities for recycling.

Meanwhile, critics of the plastics industry have been frustrated by what they see as green washing by big corporations that claim their products are recyclable when, in practice, far too few actually are.

Data from EPA suggests the national municipal recycling rate has been stuck around 34% to 35% since 2010. Meanwhile, despite the fact that the volume of plastic pollution in the ocean could outweigh fish in the sea by 2050, the United States recycles less than 10% of plastics each year.

Some polls indicate support for making packaging producers financially responsible for recycling. For instance, a survey of voters in California, Washington state, Maine and Florida found that 62% of voters were more likely to support legislation strengthening recycling when they heard it would force manufacturers to be responsible for their product packaging (Greenwire, Jan. 27).

"Why is the producer producing products that we the consumer, or the taxpayer, or constituents have to deal with? That is not the way that it should work," said Washington state Sen. Mona Das (D).

California state Sen. Henry Stern (D) is leading the new EPR for Packaging Network, which is facilitated by the National Caucus of Environmental Legislators and addresses the issue of extended producer responsibility.

At a news conference today, Stern said state legislatures working in coordination could be the "tip of the spear" on important environmental legislation, and could compel industry and the federal government to act.

"Pollution doesn’t know state boundaries, so the alliance you’re seeing here today and this path-breaking approach to environmental policy to me is a new model," Stern said.

At its core, the goal of extended producer responsibility, or EPR, legislation is to create a closed-loop economy for waste, in which virgin materials aren’t needed and manufacturers pay for the recycling and reuse of their materials.

Scott Cassel, CEO of the Product Stewardship Institute, said the idea can work when stakeholders throughout the life cycle of a product, including members of the waste management industry, manufacturers and officials from all levels of government, come together to take responsibility for a product through its entire life.

Cassel cautioned that producers have long pointed the finger at individual consumers or local governments for inadequately recycling products, but he said the real problems are poor communication and a lack of regulation encouraging more easily recyclable products.

"It’s a system. It’s a network, and it needs to start with the producers," Cassel said. "And all of us have to have a say in the development of that legislation for it to be truly sustainable."

EPR has been implemented in the past to various degrees with other materials, such as paint or carpeting, but in every case, a lack of coordinated action above the state level has hamstrung efforts to overhaul the country’s waste management system.

"Our economic system is not working. Pollution has been externalized, and what an EPR system does is internalize those externaliites," Cassel said. "We want [producers] not just to pay for the pollution created; we want them to pay to prevent the pollution."

The state lawmakers said coordinating efforts on EPR has helped them develop reliable standards and policies across state boundaries.

In California, legislators have received criticism from the Consumer Brands Association, which represents industry heavyweights like Procter & Gamble and General Mills. The group said creating a localized policy would be cost-prohibitive for the industry and not "scalable."

But lawmakers disagree. California state Sen. Ben Allen (D) said the opposition to EPR legislation reminds him of car manufacturers’ opposition to clean air standards in the 1970s. Over time, he said, he believes the industry can and will move in a more sustainable direction if the law requires it.

Allen said the current EPR bill introduced into the California Legislature, S.B. 54, would create an incentive for that shift and could be replicated elsewhere.

"At the end of the day, this is essentially about telling those producers who produce these products that they need to move in a more sustainable direction," Allen said. "For them to say it’s not scalable, it doesn’t jibe with the basic facts on the ground."

Meghan Stasz, vice president of packaging and sustainability at the Consumer Brands Association, said "the energy is there" to improve recycling systems in the United States, and her organization is willing to work with legislators to craft meaningful and effective EPR legislation.

"What we want to see is a functional, scalable, harmonized recycling system all across the U.S., and everyone has a role to play to get us there," Stasz said. "I’m hopeful that in these state conversations, in these federal conversations, we can really all advance together."

Cassel said he’s skeptical that a municipality or even a state alone can truly change the paradigm of plastic packaging, but he believes coordination is an important start.

"There have already been 119 EPR bills passed on 14 products in 33 states, but zero so far on packaging. So this will be a very big deal," Cassel said.