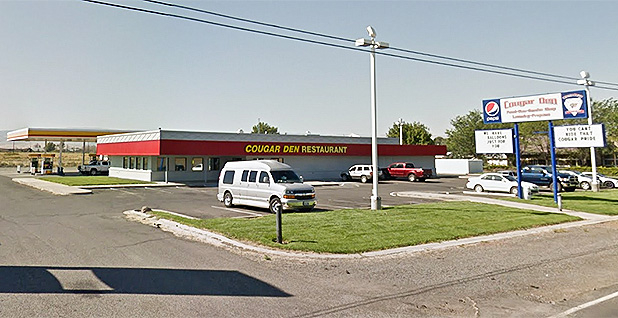 The Supreme Court is set to hear arguments next week in a case that pits tribal treaty rights against a state fuel tax.

In Washington State Department of Licensing v. Cougar Den Inc., the justices will consider whether the Evergreen State can impose taxes on a tribal gas retailer.

The dispute is one of several cases the high court has accepted this term that wade into complex and contentious questions of American Indian law.

At issue in next week’s arguments is Cougar Den Inc., a company that transports gasoline to the Yakama Nation, a federally recognized tribe that occupies some 2,000 square miles in south-central Washington.

Washington’s per-gallon tax on motor fuel applies to gas that crosses state lines. Tribes and their members are usually exempt from state taxes on tribal land but are subject to them elsewhere.

Cougar Den, which is owned by a member of the Yakama Nation, says the 1855 Treaty with the Yakama shields the company from having to pay Washington’s tax, even though part of its transport of the fuel occurs off tribal lands.

Lawyers for the tribal company point to historical records that indicate treaty negotiators repeatedly addressed the movement of goods along highways.

"You will be allowed to go on the roads to take your things to market. … All that outside the reservation," Washington territory Gov. Isaac Stevens said at the time, according to official treaty proceedings.

Cougar Den notes that the Yakama Nation was the only tribe in the state to negotiate a right to off-reservation highways.

"And here," company lawyers told the court, "the only thing Respondent is doing off the reservation is traveling on the highway to bring goods to market on the reservation — which is treaty-protected activity."

The state’s highest court sided with Cougar Den last year, agreeing with the tribal company that "any trade, traveling, and importation that requires the use of public roads fall[s] within the scope of the right to travel provision of the treaty."

State lawyers want the Supreme Court to reverse the ruling. They say it ignores legal precedent that allows state taxes on off-reservation activities, especially when the 1855 treaty says nothing about taxes on goods. The fuel tax, the state says, does not restrict Cougar Den’s use of the highways, just the transport of the fuel itself.

Cougar Den has already avoided tens of millions of dollars in fuel taxes, the state told the justices, and the impacts could be much broader.

"A contrary ruling would create a massive loophole in state tax regimes, allowing Yakama businesses to avoid taxes nationwide simply by transporting goods over highways," they wrote in a brief this year, adding that Cougar Den has expanded its fuel business and is avoiding other states’ taxes.

Michigan State University law professor Matthew Fletcher, who leads the Indigenous Law & Policy Center, said tax-related cases are notoriously difficult for tribal interests to win. The stakes are higher for the Cougar Den case because it involves the Yakama treaty, he said.

"I think it’s going to be difficult for the tribes to prevail in any tax case, and unfortunately this one is tied to treaty rights, and that worries me a little bit because treaty rights are really critical," he told E&E News.

The Trump administration, meanwhile, is supporting state officials. Justice Department lawyers will participate in oral arguments on the state’s side.

Tax experts and a coalition of public health groups, including the American Cancer Society Cancer Action Network and the American Heart Association, filed briefs telling the Supreme Court they’re concerned about the case’s impact on taxation of cigarettes.

Several states also weighed in, telling the Supreme Court they’re concerned about enforcement of their own tax laws if Cougar Den is found to be exempt from the fuel tax.

Arguments are set for 10 a.m. Tuesday.