States take up PFAS fight: ‘Is this the next asbestos?’ 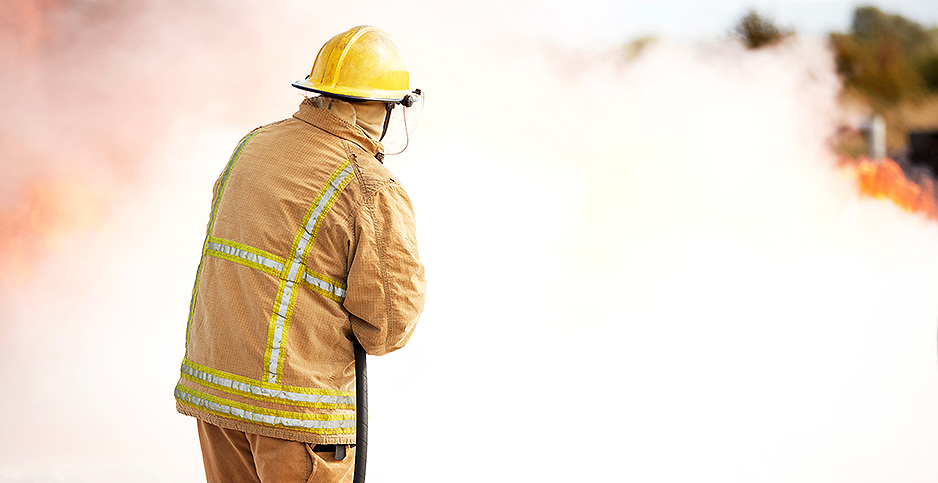 State lawyers are lining up in court to fight PFAS, the vexing group of chemicals linked to cancer but used broadly in cookware, firefighting foam and other materials.

Litigation has increased as research and public awareness of potential impacts of per- and polyfluoroalkyl substances has grown in recent years. Now, state lawsuits against chemical manufacturers are piling up, raising the stakes for all involved.

Research from the Centers for Disease Control and Prevention has linked some forms of PFAS — an umbrella term for a broad set of related man-made chemicals — to cancer, thyroid problems and other health issues.

Thousands of individual plaintiffs have already gone to court over the past two decades with alleged injuries. States were largely absent from the legal scene until a series of lawsuits hit the courts over the past year.

"We’ve asked the question, ‘Is this the new asbestos?’" Schroeder said. Others have compared it to Agent Orange.

The litigation uptick is due in part to widespread frustration with how EPA has handled the issue. The agency recently proposed a plan to clean up two of the most common forms of PFAS in groundwater, but critics say the proposal is too little, too late (E&E News PM, April 25).

Put simply, he said, "state authorities can enforce these obligations in a way that private plaintiffs can’t."

One state was ahead of the curve in going after PFAS. Minnesota filed suit nearly a decade ago in 2010, arguing that waste from major PFAS manufacturer 3M Co. contaminated water and land in the Twin Cities. The case settled last year when 3M agreed to pay the state $850 million — most of which is going toward drinking water and natural resources projects in the area.

Schroeder said the Minnesota case, paired with a major settlement in a private lawsuit, paved the way for the rise of state action today. And the combination of state lawsuits and thousands of private cases means the legal saga is just beginning.

"These cases have different stripes to them," Hayes said. "Some of them, like in New Hampshire, are focused mostly on natural resource damages. Some are focused on manufacturing facilities and the immediate environs of the facilities with some sort of injunctive relief."

New Hampshire’s new lawsuits target companies that produced and distributed firefighting foam that contained PFAS, arguing those firms created chemicals that were dangerous to users and the environment.

"The defendants possessed unique knowledge of the dangers of PFAS chemicals but continued to make and sell them without warning the public of their health risks," Attorney General Gordon MacDonald (R) said in a statement last week. "We are committed to taking all legal action necessary to ensure that those responsible account for the damage to the State and its resources caused by PFAS."

Other states such as New Jersey and New York have also sued the manufacturers and sellers of PFAS in firefighting foam. New Jersey Attorney General Gurbir Grewal (D) is targeting eight manufacturers, including 3M, Chemours Co. and a DowDuPont Inc. subsidiary.

"The corporations we’re suing today knew full well the health and environmental risks associated with this foam, and yet they sold it to New Jersey’s firefighters anyway," Grewal said in a statement. "Their conduct was unconscionable, and we’re going to hold these companies accountable."

In a statement to E&E News, Grewal’s office noted the Garden State has stronger enforcement mechanisms than many other states, allowing it to order companies to disclose information about the use and disposal of PFAS. In addition to the statewide suit, New Jersey has also filed four lawsuits focused on individual sites.

"This approach is obviously what we in New Jersey have determined to be the most effective course, but the decision to bring a statewide suit or individual suits is a matter of litigation strategy and depends on the laws and remedies available to plaintiffs," his office said.

New Mexico has taken a different approach, suing the Air Force for PFAS contamination in groundwater at two bases in the state.

Michigan, meanwhile, is still gearing up for a fight. The state recently launched a search for attorneys to represent the state in PFAS legal action. The "special assistant attorneys general" would work on a contingency-fee basis. According to the Environmental Working Group, Michigan has more documented PFAS sites, 192, than any other state (Greenwire, May 6).

"Our state will spend hundreds of millions of dollars addressing these problems — costs that should not be borne by the people who live, work and play here," Michigan Attorney General Dana Nessel (D) said in a statement. "Many of those same people were poisoned here and we will make those responsible pay for their greed."

PFAS cases filed so far show the issue’s resonance across the political spectrum. While Democratic attorneys general tend to take the lead on other types of environmental litigation, PFAS contamination has caught the attention of Republican leaders in Ohio, New Hampshire, Alabama and elsewhere.

Hayes of the State Impact Center said there’s also a possibility of multistate litigation in the future.