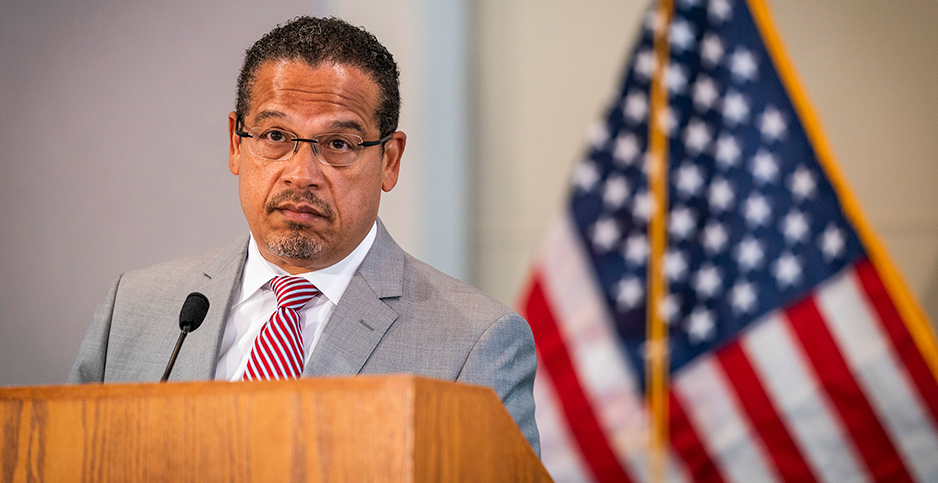 The top attorneys for the District of Columbia and Minnesota last week launched major lawsuits against the oil and gas industry, adding to a growing swell of climate battles focused on consumer protection.

Legal experts say climate litigators facing off against the fossil fuel industry’s major players are getting more creative in their use of state statutes and common law, which could help them avoid prolonged procedural battles over whether the cases belong in state or federal court — a problem that has plagued local challengers seeking industry compensation for climate impacts.

By strengthening their arguments for state venues, state challengers could move more quickly to the meat of their cases.

"It is less likely to see these removed to federal courts since there is less likelihood of a federal statutory preemption," said University of Houston law professor Victor Flatt. "Consumer protection is definitely historically a state thing."

A pair of lawsuits filed last week by Minnesota Attorney General Keith Ellison and District of Columbia Attorney General Karl Racine, both Democrats, target Exxon Mobil Corp. and other industry giants for misleading residents in the state and district about the link between oil and gas consumption and rising greenhouse gas emissions (Greenwire, June 25).

These cases — and a similar lawsuit filed last year by Massachusetts Attorney General Maura Healey (D) — are distinct from climate nuisance lawsuits brought by cities, counties and one state that seek to hold oil and gas companies financially accountable for rising sea levels and other effects of climate change.

"What’s different about these [new] cases — say the D.C. case — is that the nuisance claim is dropped," she said.

That could make it harder for oil and gas companies to bump the lawsuits from Minnesota and D.C. to federal court by taking nuisance claims and collapsing them into federal common law to get "everything caught up on motions to dismiss," Sokol said.

"It’s noticeable that there’s been this common shift to consumer protection, but it’s also not super surprising because nobody else has the Martin Act," Vizcarra said. "It’s harder to bring securities fraud claims, and they’re just really dependent on the state laws."

Prohibitions against deceptive corporate practices are more widespread, she said.

"You see those kinds of authorities in laws across the country in every state," Vizcarra said.

Though the new state lawsuits raise some different claims than the climate damages challenges, the cases are still largely united in their focus on deceptive practices by oil and gas companies and the industry’s misrepresentation of climate change, Sokol said.

She called Racine and Ellison’s strategies "a shift in emphasis" that will likely smooth their path toward evidence gathering and trial.

"When we get to discovery, this is going to be over," she said.

Consumer protection laws are now being used "in two contexts," said Vermont Law School professor Pat Parenteau, adding that corporate free speech laws are the "only conceivable basis" for the new state cases to be moved to federal court.

Parenteau said he doubts that would be a successful strategy.

"I think it will be nearly impossible to remove these cases to federal court," he said. "They are truly based solely on state law."

The complaints from Minnesota and D.C. are also the first climate cases targeting industry to specifically mention the disproportionate impact of global warming on low-income communities and people of color — something that is largely left out of other U.S. climate lawsuits.

Ellison — whose state last month saw the death of George Floyd, a Black man who died after a white Minneapolis police officer pressed his knee against Floyd’s neck for nearly nine minutes — made environmental injustice integral to his case complaint.

"Minnesota is in the midst of a climate-change crisis," he wrote in his complaint. "Warming will continue with devastating economic and public-health consequences across the state and, in particular, disproportionately impact people living in poverty and people of color."

Throughout the complaint, Ellison cites the unequal impacts flooding, extreme heat and pollution will have on marginalized communities.

Sokol called that emphasis one of the most significant departures from previous climate complaints.

"If we’re talking about what’s dramatically different, I think it’s actually the shift of emphasis on [disproportionate impacts]," she said. "That’s the thing that completely departs from the other cases."

Industry groups say the latest batch of climate cases is part of a coordinated campaign to target oil and gas interests.

Organizations like the Independent Petroleum Association of America and Energy Policy Advocates have long decried climate liability lawsuits as politically motivated. They say states bring lawsuits to influence climate policy in the courts, even though that work should be done in other branches of government.

"Politically motivated legal actions over the shared global challenge of climate change have no place in the courtroom — whether they target a handful of companies as here or an entire industry," Phil Goldberg, special counsel for the Manufacturers’ Accountability Project, said in a statement. "The issues raised in this lawsuit are entirely political, not legal."

Collaboration between states isn’t a conspiracy, said Ira Rheingold, executive director of the National Association of Consumer Advocates. It’s good legal strategy for fighting companies that will throw a lot of money into litigation to "paper you to death," he said.

The University of Houston’s Flatt noted that political questions are the purview of state attorneys general.

"[Attorneys general] are political actors, and if they see others benefiting politically, some will follow suit," said Flatt. "They may or may not be part of a cohort that has discussed this in the construct of Bloomberg or NYU, but that really doesn’t matter."